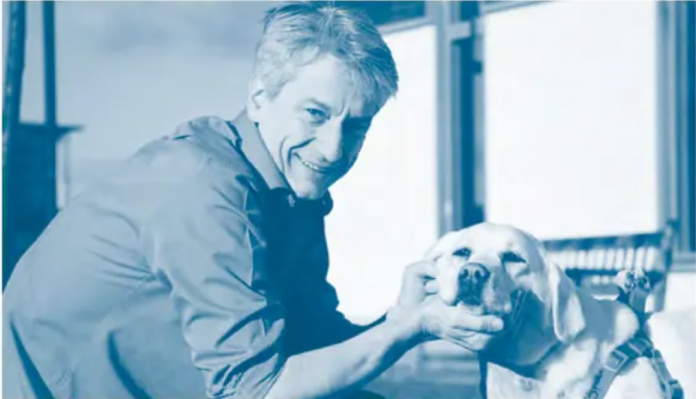 Professor Daniel Brockman is the director of the Cardiothoracic Surgery Service at the Royal Veterinary College (RVC) and one of very few people in the world capable of performing mitral valve repair surgery on canine patients.

“I began exploring the idea of performing this type of surgery on dogs in the mid-90s,” he recalls. “Mitral valve disease (MVD) is the most prevalent heart disease in dogs, but the only type of treatment widely available is palliative care. In humans, the first line of treatment is surgical; nowadays the valves are replaced, but at the time I began looking into this type of surgery, repair of the valve was the common route in human patients.”

Learning to perform mitral valve repair surgery on canine patients took time, and it was a steep learning curve. It doesn’t help that their patients are often very small.

Once the technique is perfected, the goal is to train another generation of vets

“We see some breeds very regularly – the Cavalier King Charle Spaniel is one we see often, as about half of them develop a heart murmur by five years of age. But there are lots of other breeds who are commonly affected: we see Maltese, Bichon Frise, Chihuahuas, Yorkshire Terriers, and so on. They tend to be small breeds, which makes the treatment more challenging. However, mitral valve disease can affect dogs of any breed.”

Professor Brockman adds, “When we started out, our success rate was low – less than 50 per cent. At the time, the only patients we took in were those who were already extremely affected by a very advanced disease. It is a complex operation that requires specialised skill and a multidisciplinary approach; it takes a lot to put together the right team to perform it.”

As with all things, the only way to hone the skills necessary is to practise on patients; we have now operated on 120 patients so far, and our patients’ survival rate is much higher – in excess of 90 per cent.”

Once the technique is perfected, the goal is to train another generation of vets.

“We had to learn by trial and error, slowly improving our survival rate despite the relatively small number of patients we could operate on every year, but young vets will be able to learn from us instead of starting from the bottom of the learning curve,” Professor Brockman says.

“There are thousands of dogs who would benefit from this, but due to the challenging nature of the surgery, the multidisciplinary approach required and the costs involved, very few can access it across the globe. There are maybe two or three active mitral valve repair programmes in Japan, one in France, one in Austria, and two in the UK. Ours is probably the busiest of such programmes outside Japan.”

The programme’s busy schedule was wiped out through 2020, as Covid 19 spread across the globe. As many of their patients would fly in from the United States, where no such surgery is available, Professor Brockman and his team found themselves with fewer dogs to operate on in a challenging work environment – and fewer chances to keep making progress.

“It is frustrating, having a therapy that would change the lives of thousands of dogs and being unable to make it more widely available”

“We have resumed operating now, and it is a relief,” he says. “I really hope this procedure can become more readily available in the UK in the future; the fact its cost is so high keeps the number of patients low compared to the sheer number of dogs that would benefit – and, of course, the few of us cannot possibly meet the huge demand there would be for this surgery even if it were affordable.”

“It is frustrating, having a therapy that would change the lives of thousands of dogs and being unable to make it more widely available. I really do hope that, in the future, surgery will be an option for these dogs – allowing them to thrive rather than simply surviving with palliative care.”