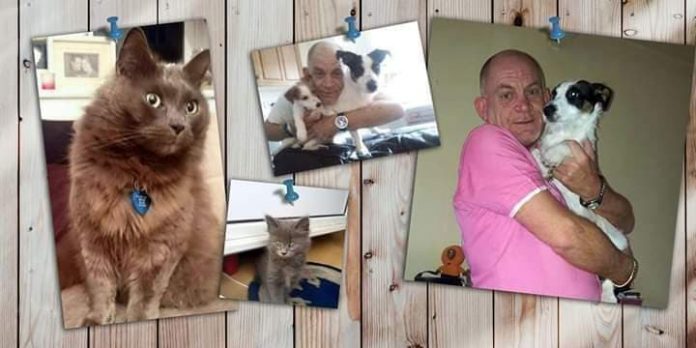 John Chadwick tragically lost his life to suicide in 2017, after being separated from his beloved pets due to no-pets policies. His close friend Dee Bonett tells Dogs Today his story – his life, his loss, and the legacy he left behind.

“John was loved and respected by all that knew him,” says Dee Bonett. “The unconditional bond he had with his pets – Theo, Tinkerbell and Gizmo – I cannot fully describe, it wouldn’t do it justice. They absolutely adored him as much as he did them. His pets were his lifeline, his everything.”

When Dee and John met, he had already gone through homelessness and suffered from mental health issues. After being taken in by the Kenward Trust, which helps those addicted to alcohol or drugs, John had decided to start anew in Kent. That was when Dee met him.

“I had never heard about the Kenward Trust prior to meeting him, and he inspired me to work for them,” Dee recalls. “Knowing him gave me a better understanding of people who suffer from addiction. My friendship with him helped me bear some of the ghosts of decisions I had made myself a long time before. I would have never met John without the Kenward Trust, and without John I wouldn’t be on this path today.” 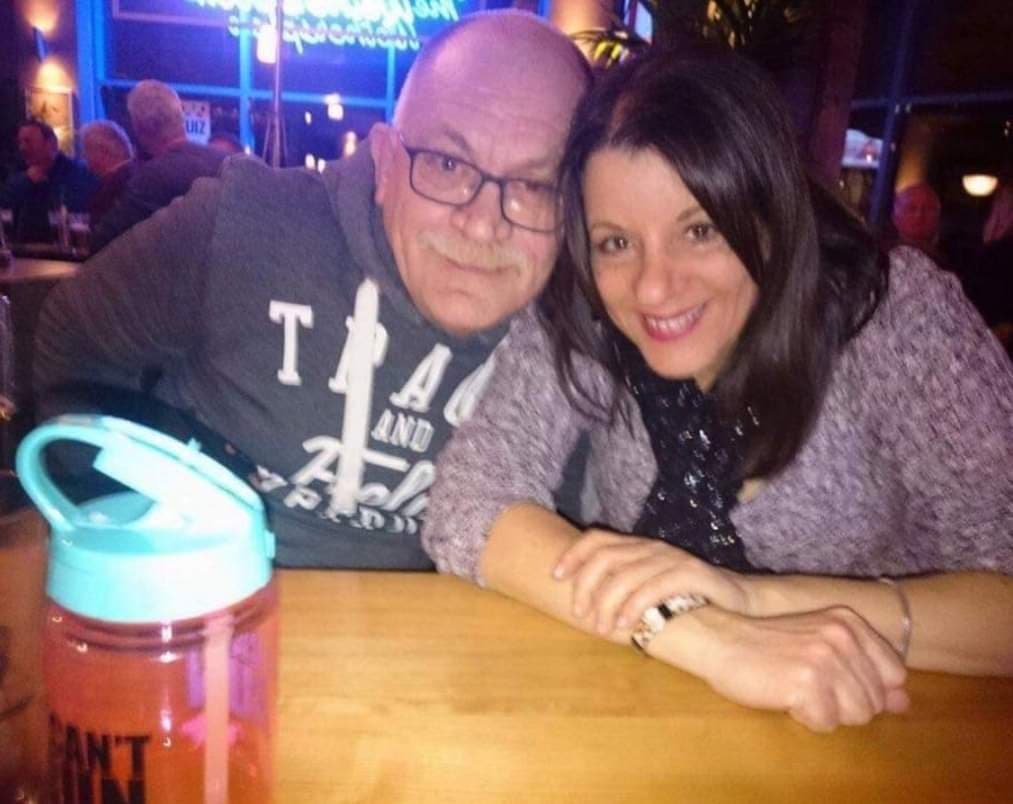 “John had some mental health problems, but he was very grounded, one of the most grounded people I ever met. He was kind, gentle, I felt so safe with him. He was very loyal, and he loved animals – he loved every single animal.

“When he had that first relapse after leaving the Kenward Trust I got him a kitten, called Gizmo. The impact Gizmo had on his mental well-being was stunning; he was like a little dog and followed him everywhere.

“John lavished attention on him, he loved him so much. I didn’t really appreciate the impact pets can have on vulnerable or homeless people until I saw it with my own eyes. A couple of years later he got Theo and Tinkerbell, the Jack Russell puppies. They were his family.”

John made a life for himself in Maidstone, and for a time he was at peace – until news came he had to leave the property he was renting, because the landlord had decided to sell. A notice to vacate would be an annoyance to most people; due to the lack of pet-friendly accommodation, it is often the cause of deep stress for pet owners.

“That was the last day he saw his babies”

For John Chadwick, it soon turned into a disaster.

Dee recalls, “I knew it would be hard for him to be in the housing register, let alone take his pets, as a lone man with no dependents. I tried to fight his case, but he could access no help until he was evicted; he would not be considered homeless if he moved out on his own accord. He had to wait until they came to change the locks, only then could he get help.”

At that point, the council placed him in a B&B as emergency accommodation. He was unable to take his pets there, so Dee’s daughter took in Gizmo and the dogs went to a different accommodation.

“That was the last day he saw his babies,” Dee says. “Soon he was offered a flat to move into as soon as it was ready, but it was a high-rise flat with a no-pets policy. If he had turned it down, he would have made himself intentionally homeless and received no further help.” 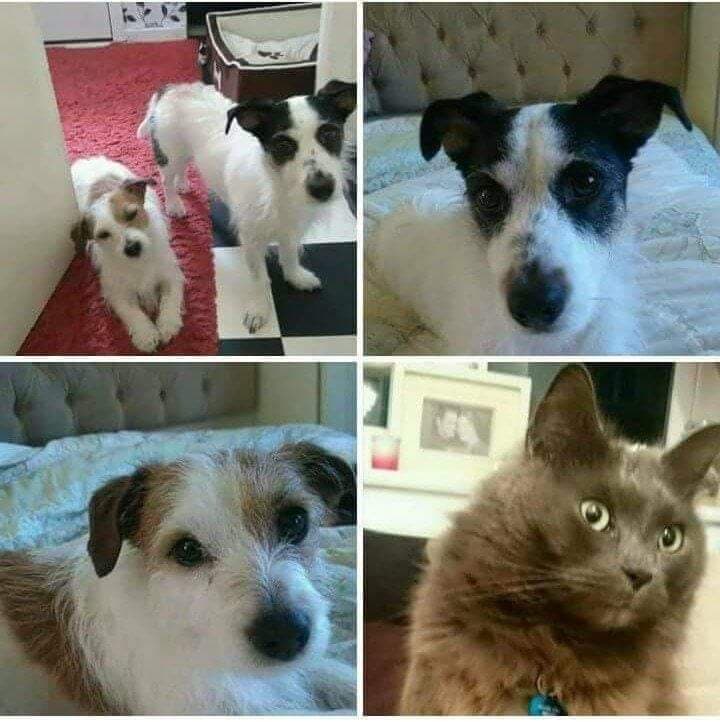 Dee got to work to try and appeal the decision, but she didn’t get enough time. On the morning of 16 March 2017, ten days after John was separated from his beloved pets, Dee woke up to a text message from him.

“He said he had enough, that he would wait for us at the gates,” she recalls. “I knew then that John was gone.”

Dee immediately rushed to the B&B, her worst fears confirmed when she arrived to find ambulances, and the police. “There were so many people,” she recalls. “Eventually, I was allowed to go in and see him. He looked so peaceful in the bed. I began calling his friends. One of them screamed when I told her the news, her sister had to take the phone from her. I remember those screams every year on the day. We all comforted each other through texting. And then I thought – what am I going to do?

“We are supposed to be a nation of animal lovers, and I couldn’t understand how this could happen. He deteriorated so quickly in those ten days of separation. His death was avoidable – if only he was given a chance to stay with his pets, he would still be here. This could have happened to so many people.”

“John’s Legacy now truly lives on, by assisting others, here in Maidstone, Kent. The vision now for the future is to implement these changes across the UK”

Determined to make sure no one else in Maidstone would find themselves in the same situation as John ever again, Dee began campaigning for change. In July 2018, a new Pet Policy was introduced for Emergency Accommodation; in August 2020, her efforts paid off when Maidstone Borough Council introduced a 12-month pilot scheme allowing people in emergency accommodation to refuse an offer of permanent accommodation if no pets are allowed.

“Maidstone Borough Council, represented by John Littlemore, and the Communities, Housing and Environment Committee Panel, have indeed now set the benchmark,” Dee said at the time. “I am now striving to see this implemented on a national level, across the UK.

“Sadly, what usually comes of tragedy is change for others. Our hearts will always be broken. John’s legacy now truly lives on, by assisting others, here in Maidstone, Kent. The vision now for the future is to implement these changes across the UK.”

Conservative MP Andrew Rosindell has since introduced a Bill in Parliament dubbed ‘Jasmine’s Law’ – aiming to place strict limits on the ability of landlords to impose “no pets” policies in rented accommodation, provided that the renters prove they are a responsible owner. Rosindell brought up John’s story as he argued for the Bill, and more recently John was remembered in an early day motion in Parliament on the fourth anniversary of his death. 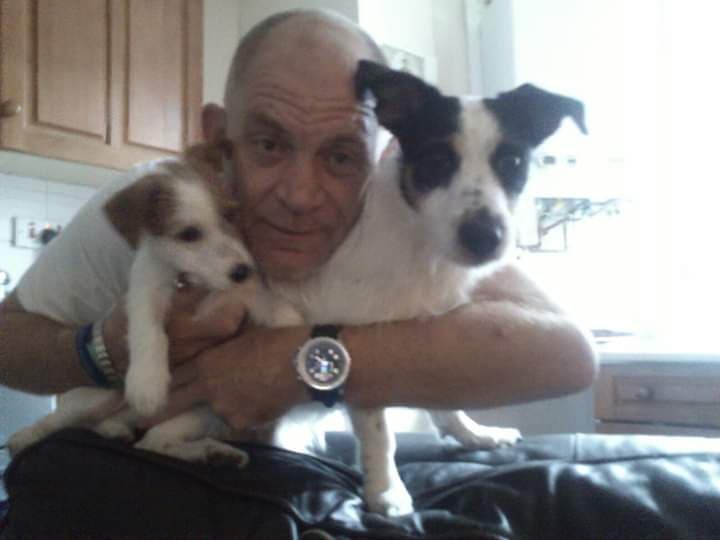 “Since the Pilot Scheme was implemented in August 2020, the recognition of John Chadwick’s memory continues to gather momentum to a much wider audience,” Dee said at the time.

“I will no longer agree to any interviews that do not include the pet policy for emergency accommodation and the pilot scheme, inspired by his tragic death. John Chadwick’s Memory no longer needs to stop at his suicide.

“I would like to see this as being ‘Chadwick’s Rule’ or ‘John Chadwick’s Rule’, or any such fitting tributes  in his name. I feel this would further set a precedence for Local Authorities to follow, both here in the UK and also abroad.”

As John’s story continues to bring attention to the plight of people forced to choose between giving up their pets or becoming homeless, Dee says, “I feel this campaign has gone this far because it comes from a place of love, and not anger. And love gets things done.”