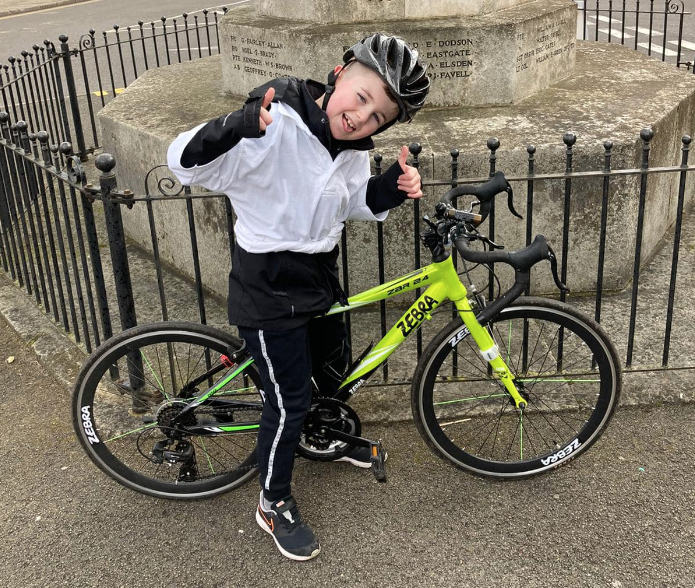 When eight year old Rhys saw a documentary about the dog meat trade in China, he was horrified – and began thinking of ways he could help.

His mum, Kathleen Stevens, says, “We were out on a bike ride when he asked me if there was anything he could do to help the dogs in China. I suggested he could set up a fundraising and cycle – so he did!

“It was a spur-of-the-moment decision, but I was not surprised. Rhys is a very caring person.”

Rhys decided to cycle 100 miles before the end of March, come rain or shine, while his mum looked after the social media side of it. His chosen charity is US-based China Rescue Dogs, who rehabilitate dogs rescued from the dog meat trade in China and find them new homes in the US and Canada. 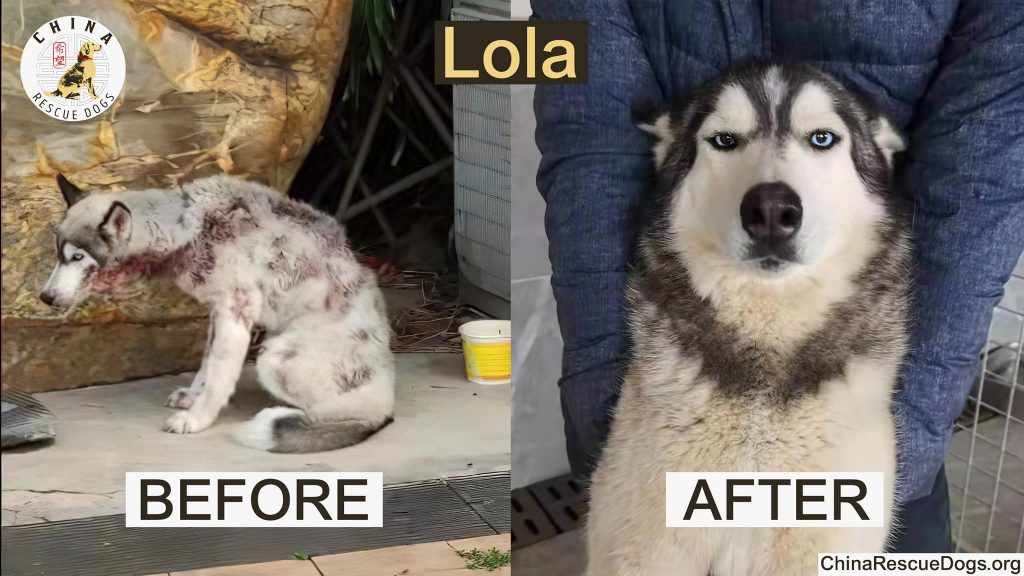 One such dog is Lola the Husky, who serves as Rhys’ inspiration. Lola was found in the streets, suffering from a severe skin disease and malnutrition. She was nursed back to health by a Chinese rescuer, and is going to join her new family in early April.

“Many times while out cycling when Rhys started to get tired, he’s kicked back into gear and said, ‘think of Lola!’,” Kathleen says.

Rhys fundraising has been a huge success. The initial goal of £200 was soon met, then surpassed. When his story appeared on People magazine, there was an outpouring of donations – well above anything Rhys and his family expected to achieve. 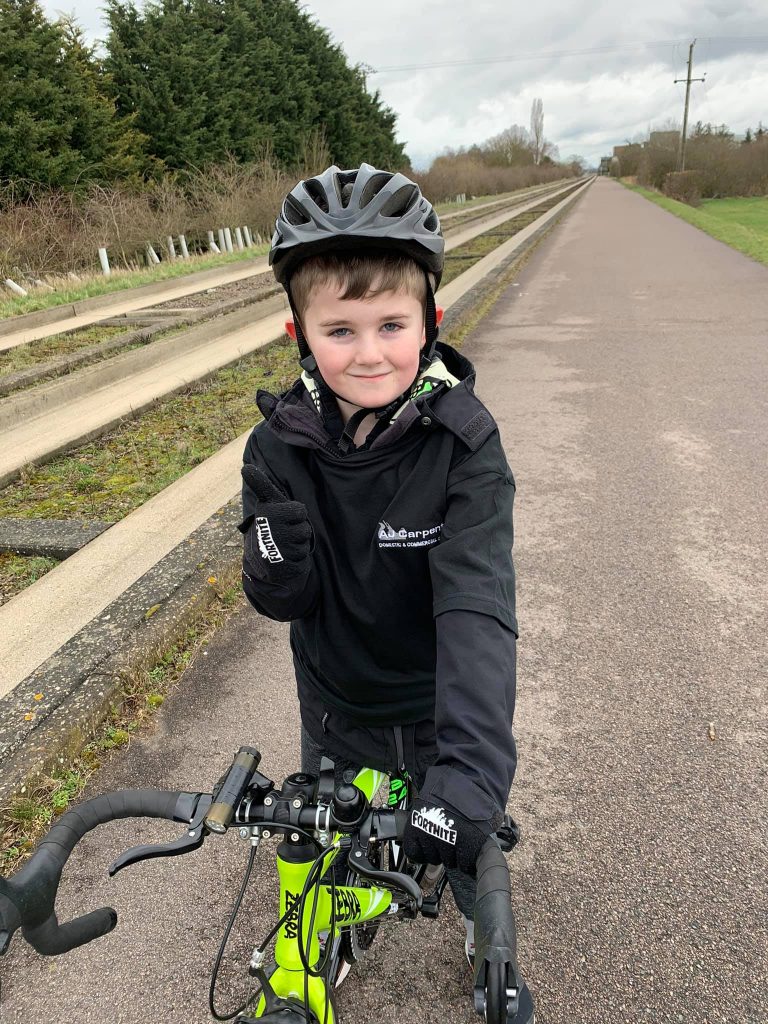 As of today (Friday 19 March) Rhys’ efforts have raised a total of £2,654 – enough to cover Lola’s transport fees to her forever home. He has cycled little over 70 miles, and is still going strong.

“Weather has been horrendous last weekend, but it didn’t stop him,” Kathleen says. “He was still out pedalling, and is well on track to reach the 100 miles target by the end of the month.”