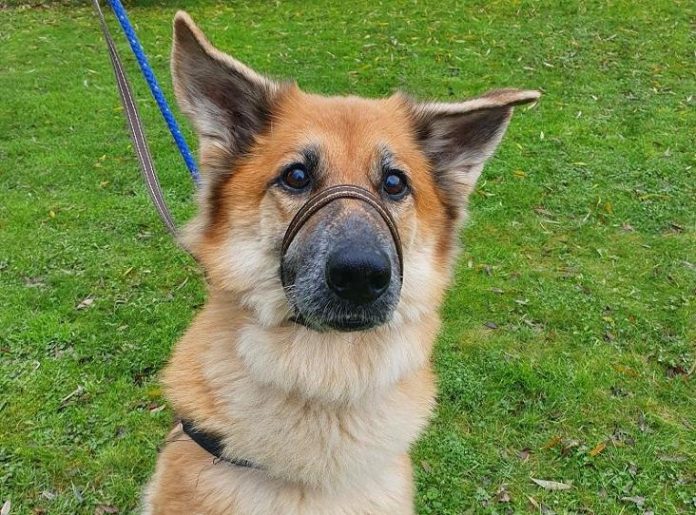 When Saskia arrived at the rescue centre, she looked like nothing the staff has seen before, with a skin infection that made her rear end look like it was covered in “weeping, bloody barnacles”.

The eight-year-old German Shepherd, who was also emaciated and infections in both ears, arrived at Longview Animal Centre in Poulton-Le-Fylde, Lancashire, in April 2020, after being signed over to the RSPCA.

Hannah Kirrane, animal centre manager at RSPCA Blackpool & North Lancs Branch, said, “Saskia had one of the most horrendous skin conditions and infections that we’ve ever seen. She was missing almost all of her fur down her legs and over her rear end, and her skin was covered in weeping sores and scabs.

“On her back and bottom, the skin was raw and hardened and looked like barnacles. Her skin was hard like stone. She must have been so uncomfortable. We believe it was caused by untreated fleas which, over time, escalated and became infected.” 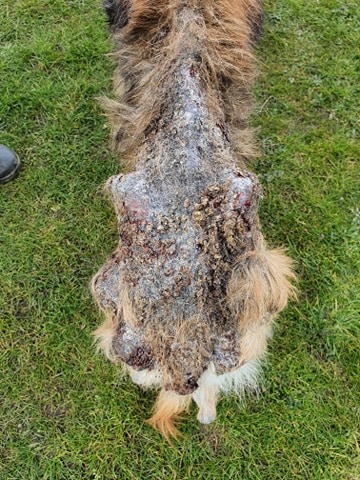 The staff at the centre immediately began her treatment – and she now looks a whole new dog.

Hannah added, “She began an intensive course of treatment including pain relief, antibiotics and daily medicated baths. She was weighed daily and, at one point, was on six feeds a day to build up her weight. She is still receiving regular baths which will need to be continued in her new home but all of her other medication has since stopped and she is on a standard diet having gained an incredible 11kg since arriving.

“Her ears will need close monitoring in her new home and she would benefit from regular ear cleaning.” 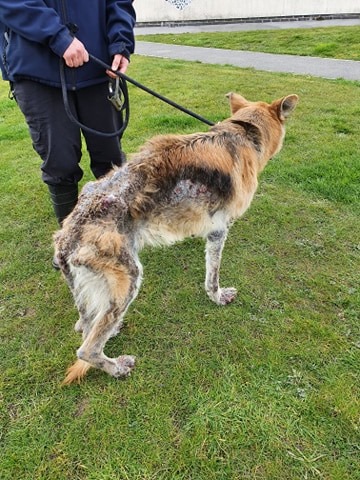 Back to a halthy weight and her “barnacles” gone, Saskia is now ready to find her forever home. Due to her history, she does need an adult-only home with confident owners who have experience owning German Shepherds.

“We’d really like Saskia’s new owners to live near to the centre so that they can come in and meet Saskia multiple times to get to know her before taking her home,” Hannah added. “This will need to be done once Government guidelines allow.” 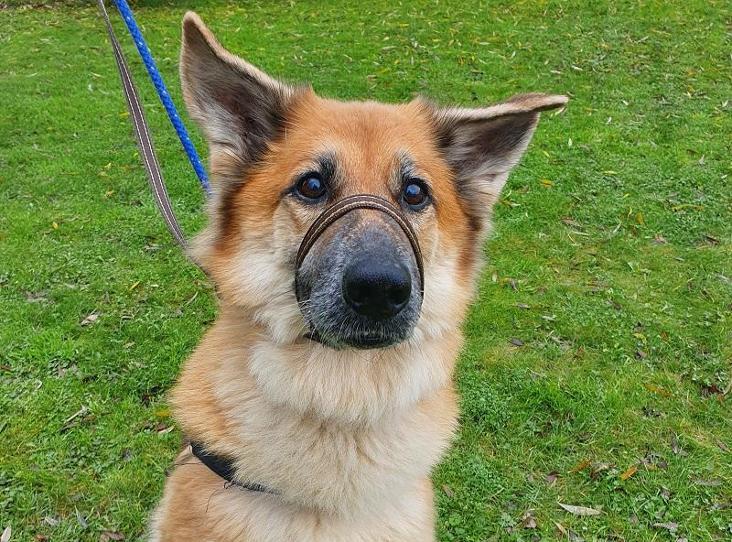 “Unsurprisingly given her history, Saskia can be unsure of new people and barks to show she’s nervous. Once she knows you she is extremely affectionate but she needs time to build up her confidence around new people.

“She can be vocal when passing other dogs but can easily be distracted with treats! Despite her age, she can be quite giddy and full of beans! She loves to play with water, splashing in the paddling pool or playing with the hose pipe. She also enjoys running around the paddocks and playing with toys.

“She’s an absolute joy to be around and will make a wonderful companion for the right people. She certainly deserves a loving new home after all that she’s been through.” 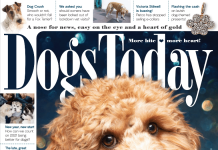 Read our Dec/Jan issue for free! 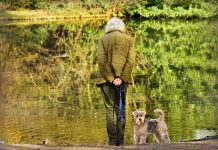 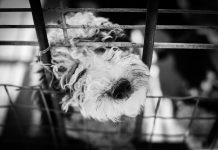