In December, four dogs were stolen from a boarding kennels in Chertsey, Surrey.

These were pets that were waiting to join their owners in Australia. Australia still has a short quarantine and lots of paperwork, so the dogs were going to follow on in early January to three sets of owners.

The kennels was run by the company that was transporting the dogs for their owners; three sets of owners were affected by the night-time heist. Luckily, all dogs were found and returned. There are no details yet as to how this miracle happened – but there was a reward of £20,000 for their safe return offered.

It must have been absolutely ghastly. The owners were so far away when they got those devastating phone calls. These are four beloved pet dogs just waiting to travel to be with their people who were moving country. I expect they has the very best Christmas imaginable knowing their pets are now safe!

Just hoping those vile folk who nicked them didn’t get any of the £20k reward. Surely the police will be following that up… but that’s the problem, in the eyes of the law stealing those four dogs was just the same as someone breaking in and stealing two old phones, a used laptop and a kid’s bike. It’s just that most people wouldn’t pay £20k to get their old stuff back. That’s because dogs aren’t possessions – they are, of course, FAMILY.

The law must change to reflect that, to protect them. And, just before Christmas, we’ve finally got news on the very many and various Pet Theft Reform and microchip Gov petitions and debates that got in excess of 100k signatures!

There’s going to be a consultation that needs to be completed by February 17th. I’ve not yet had time to check it all out, but it looks like they’re intent on pressing ahead with compulsory microchipping of cats. But we really, really, really need them to fix the dog mess first. The current system is a disgrace.

There are now 14 different ‘official’ databases approved by Defra and another one that isn’t legal, which is still allowed advertise online and trick people into using. All have different rules and procedures and – it’s a total mess. There need to be enforceable red lines concedrning the overwriting of a pet’s information; at the moment lots of unqualified people have the codes needed to change some of the databases. Really, the system is just not fit for purpose.

And we need the vet profession to help – to play their part. It is so obvious it should be protocol that on first appointment – when the new client record is being created at the vet’s – the dog’s (or cat’s) chip should be checked against the database to make sure all the details are correct and up-to-date, as so many are not.

I remember back when compulsory dog chipping was first being debated in parliament and the National Dog Warden’s Association warned the Government that you needed to keep the records up to date, otherwise busy people just won’t bother scanning for chips when they find dogs.

Even before they made it a legal requirement to chip those who paid for it still didn’t keep their records up to date – less than 40 oer cent of chips had any contact details on the database. Who knows how inaccurate the records are now? And think of how long it takes to find out which database the record is held, by only to find it’s blank when you get there!

A quick check could be done by the receptionist at the vet’s and it could become routine to verify that the database record is correct and not still showing the breeder’s details, or if is blank, or it could pick up an admin error made inputting the record – or a mistake where the correct info was overwritten. Or it may pick up another of that batch of the Virbac defective chips that just never did work. (Click here for more on that – does your dog have a chip from this batch?)

In the very rare chance that there’s a flag on the record to say this is a missing or stolen pet, there could be a protocol that is followed that avoids any embarrassment for the vet or owner. But the flag and the chip being scanned would be noted by the (hopefully, in future) one database and the original owner would be notified by the database that their pet has been located – and perhaps then Stolen and Missing Pet Alliance or a charity can arbitrate as to what happens next?

If the new owner won’t give back the pet it then becomes a civil matter, but at least both sides have all the information rather than the terrible limbo that currently happens. I hear the BVA have already given their opinions on this consultation – I’ve yet to read it. You can find the BVA microchipping policy here.

Surely they will want to help keep their customers’ pets safe? It should become part of the annual health check to make sure the chip records are up to date. Far too late to discover they aren’t when your dog or cat escapes and is involved in a traffic accident and no one can trace you to okay surgery and get your credit card. Imagine the pet being PTS as a stray rather than attempt life-saving expensive intervention.

So, do contemplate what you are going to say to the Gov consultation: Check with Stolen and Missing Pets Alliance for what they are advising.

And do wish your MP Happy Christmas and tell them pet theft and chip reform will make 2021 slightly more bearable – tell them about the four dogs stolen before Christmas and how a £20k reward helped get them back, despite the law seeing the crime as very petty theft. Remind them of the very many others stolen and not returned.

Check out what the BVA are saying re the chip consultation and tell your vet what you’d like them to say to the Gov. I am sure vets don’t really want to be adding to a pet owner’s misery, be just wonderful if they’d help us to ensure the chips do the job they were always intended to do.

Click this link to add what you want from microchipping your pet.

And yes, there’s another petition – we’re NEVER stopping until this is done. I’ve just remembered, I think my name is on this one with Debbie Matthews and Dr Daniel Allen. Have you signed and shared? I know it feels like you have already done this, we’re going for a record – how many incredibly positive parliamentary debates will it take to change the law? Maybe just one more… let us hope!

Other countries only have one database. Other countries recognise that pets are family, not commodities. Come on Gov, you’ve got time to make it the law to chip cats – let’s make all pets safer with these essential tweaks before you do! 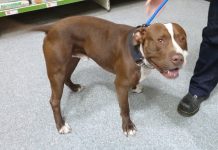 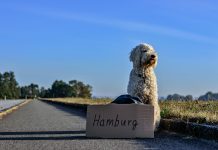 After Brexit: new rules for travelling abroad with pets 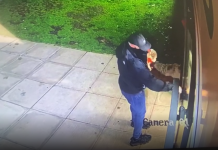