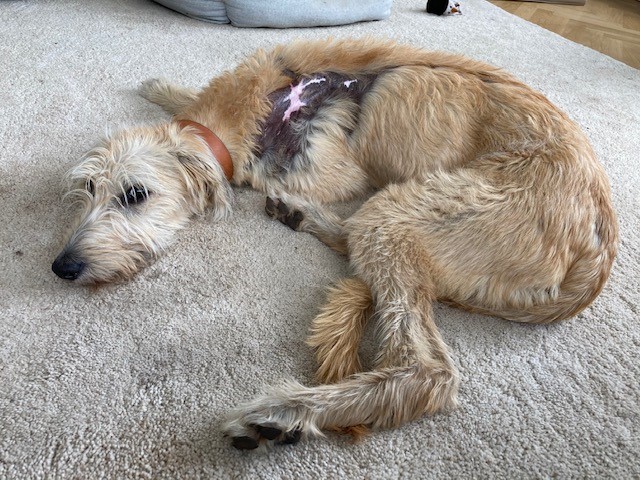 When Olive the Lurcher puppy was abandoned at the Vets Now Derby branch in April, she was in a desperate state. The nine-week-old had severe burns, and had probably been scalded by hot water; she was also riddled with fleas, suffered with roundworm and, unsurprisingly, was reluctant to be handled by humans.

Following her rescue, Olive was initially looked after by a member of the Vets Now team.

“She was treated for fleas and worms,” a Vets Now statement says. “And over a 12-week recovery period, the Vets Now team carefully treated her burns and observed that her various anxieties – including food aggression and a fear of separation – had improved.” 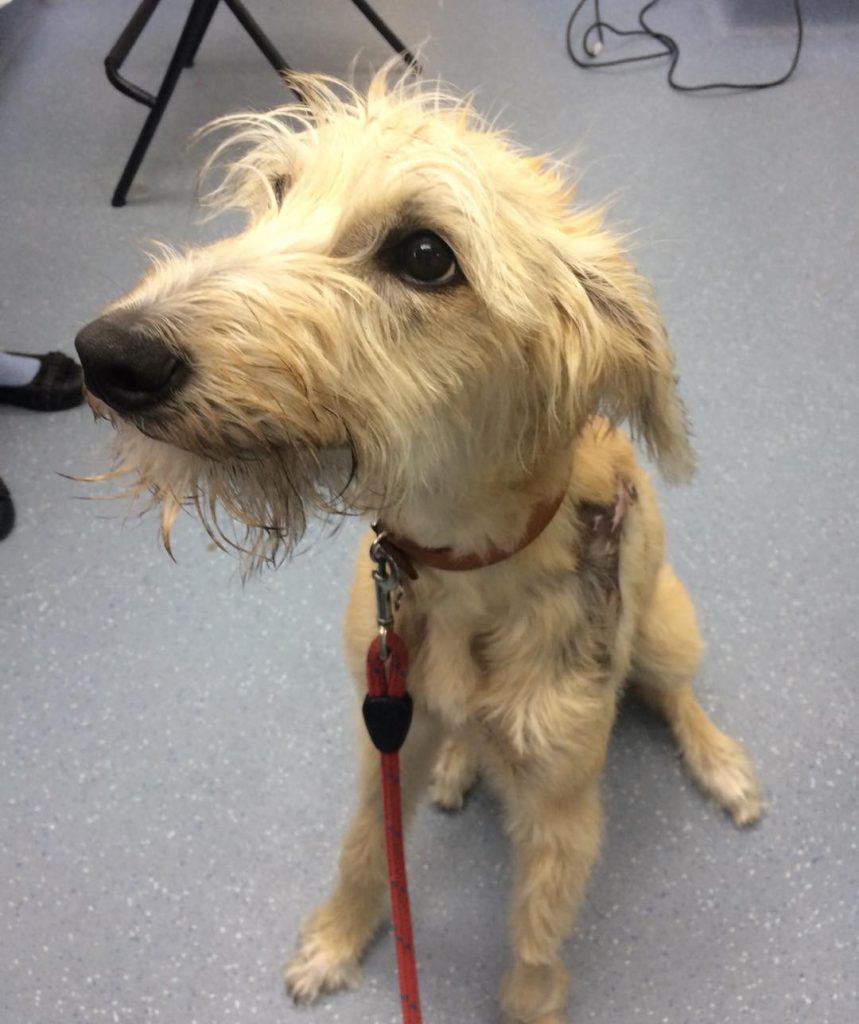 After 12 weeks in the care of a Vets Now team member, Olive went into a local foster home. A post about her by her fosterer caught the attention of just the right family, and now Olive has a new home with the Lomas, in Watnall, Nottinghamshire. She continues to make a fantastic recovery, and is “a true testament to the canine spirit”.

“We saw Olive and instantly fell in love,” says Jo Lomas. “We have one Lurcher already and are really fond of the breed, so it felt like it was meant to be.

“She suffered from lameness in her front leg and although the burns had healed well, she still had an open wound.” 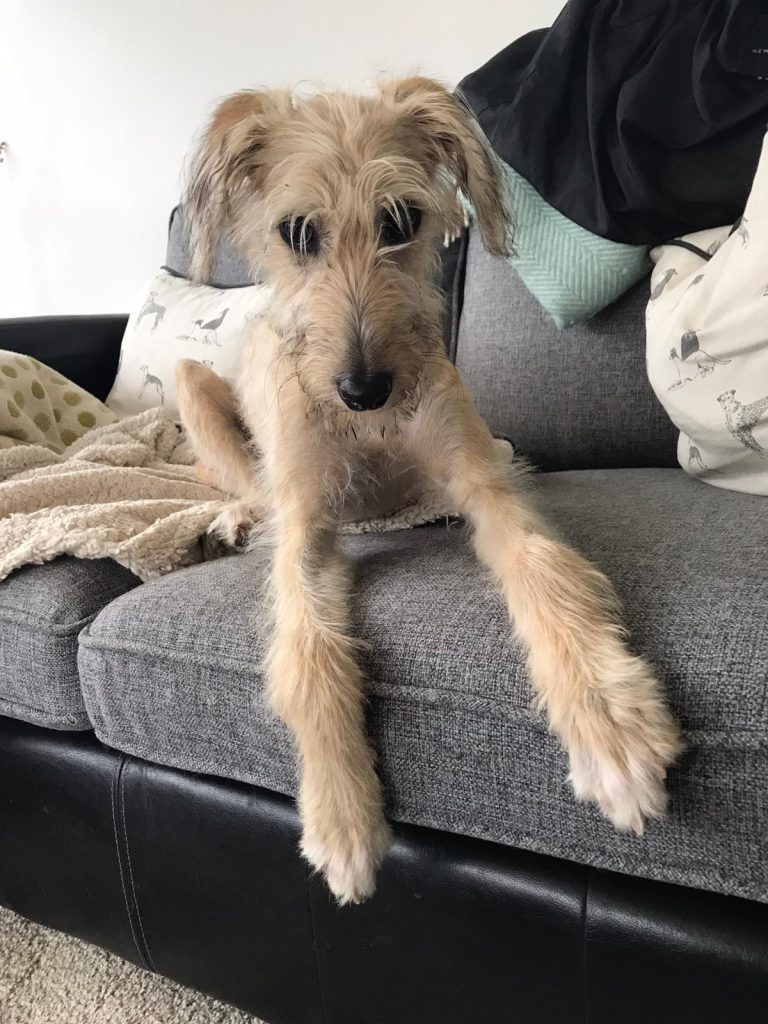 Olive’s lameness was treated at the Lawrence Veterinary Centre, where she still goes weekly for a course of laser treatment with the nursing team.

“She’s quite a remarkable puppy,” says Jo. “So cuddly and affectionate – and madder than a box of frogs. After the upheaval she’s been through – so many homes and a nasty injury that continues to cause problems – she still manages to greet everyone with a wag of her very long tail!”

Lawrence Vet Centre describe Olive as a ‘beautifully natured puppy’, who’s stolen the hearts of many of their team.

Images by My Family Vets