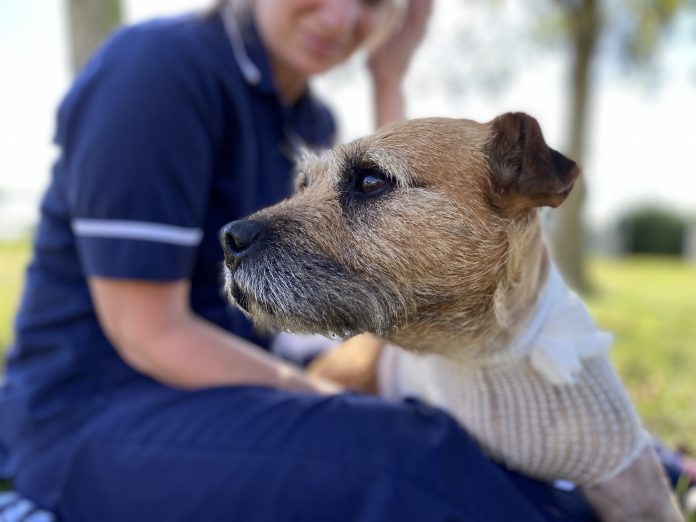 “It was a hot day and the smell was absolutely overwhelming. It’s the worst smell I’ve ever come across in my 20-year career at the RSPCA.”

Sally Jones, manager at Block Fen in Cambridgeshire, clearly recalls the day Maggie arrived at the centre on 11 August. The eight-year-old dog, believed to be a border terrier cross Staffordshire bull terrier, had been left at a veterinary practice in Watford, Hertfordshire, while desperately ill. The person who took her there gave the staff false details and promptly disappeared.

Sally adds, “Poor Maggie was covered in bite wounds and, most upsettingly, her front right leg was rotten and barely attached to her body; it was practically hanging off.

“Her wounds had straw in them and were badly infected. Her whole body was hot, swollen and bruised.” 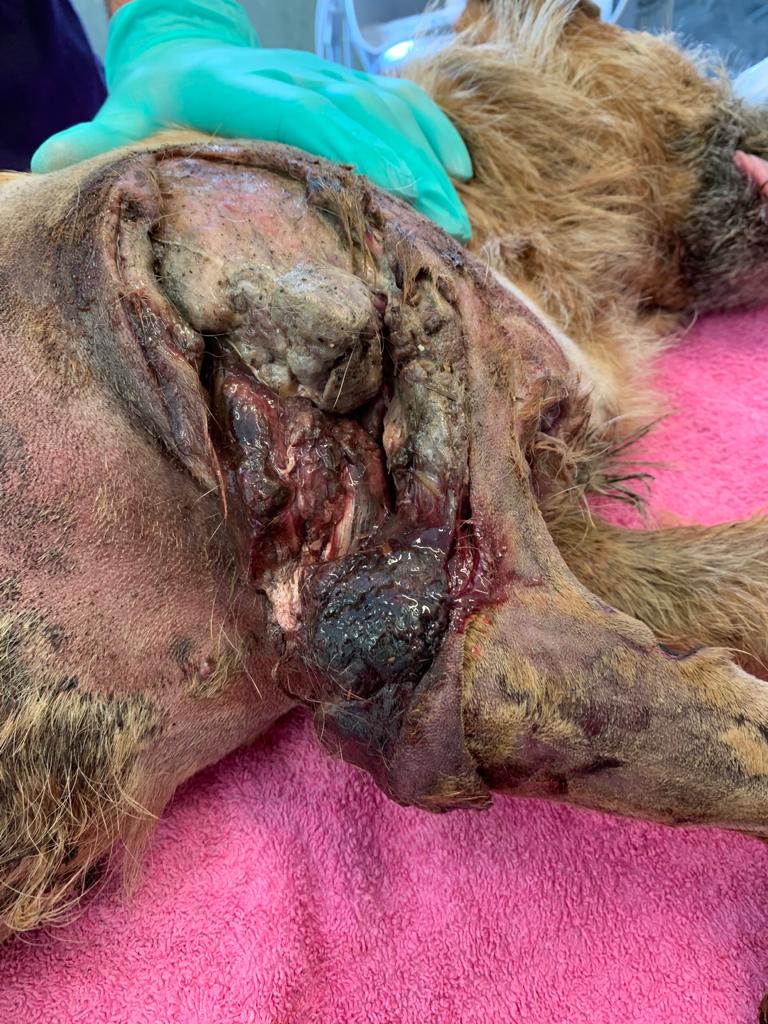 It is believed that Maggie’s horrendous wounds were caused by a fight with another dog.

“It is beyond my comprehension how anyone could allow a living creature to get into the mess that poor Maggie was in and, I have to say, she was in such a bad way I was stunned when our vet team said they thought they could save her life.”

Maggie’s leg was amputated, and she was given treatment to help her fight off the infection. Luckily, Maggie turned out to be a very resilient girl.

“The day she first got up onto her legs by herself was fantastic, we were so excited,” Sally says. “She has overcome so much and is adjusting to life with three legs really well. She wags her tail to greet people and really loves a belly rub and a fuss!” 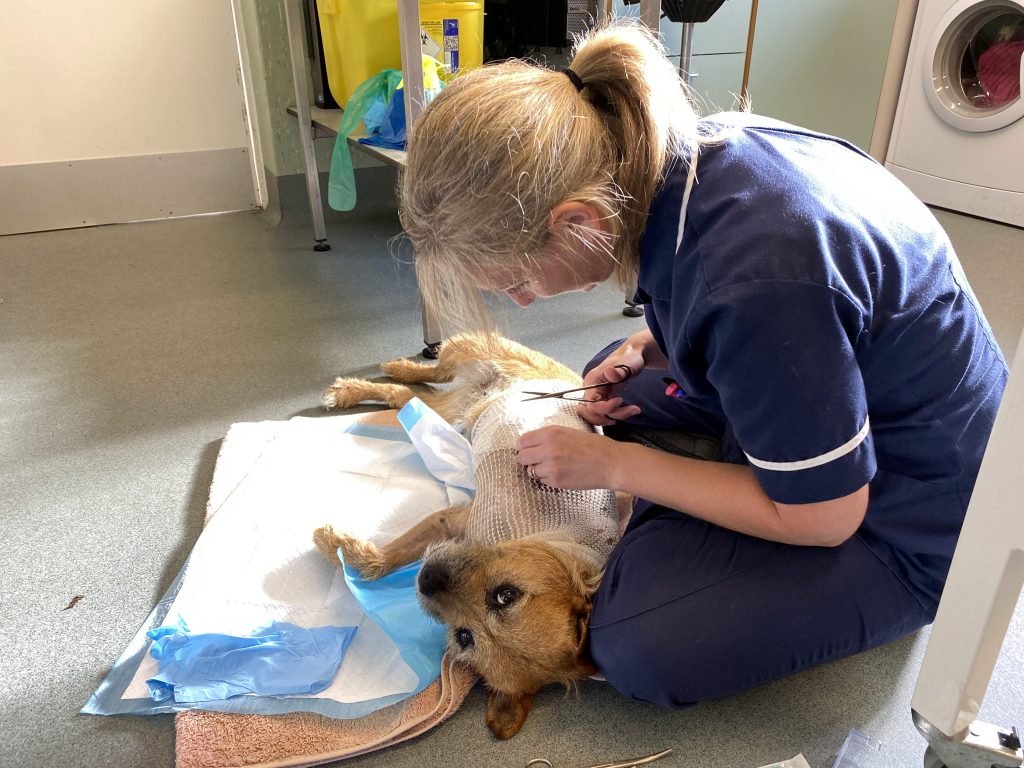 Maggie is not yet up for rehoming, and will stay at Block Fen for some time while she recovers and the RSPCA investigates what happened to her.

RSPCA inspector Mel Fisher, who is investigating, says, “She is microchipped but the registered details lead to a Wales address where no one seems to know who she is.”

She adds, “We’d appeal to anyone who may recognise little Maggie or who knows where she’s come from or who is responsible for allowing her to get into such a state to contact us by calling our appeal line on 0300 123 8018.”