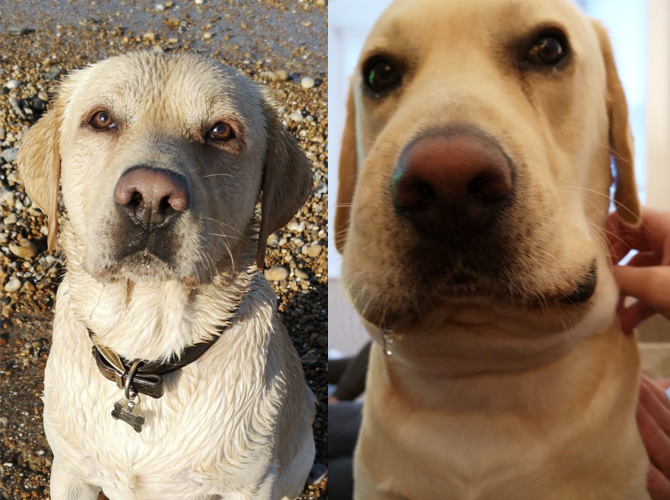 A yellow Labrador named Ralf had to be rushed to Acorn Veterinary Surgery in Hove after being bitten by an adder while out walking with his owner at Devil’s Dyke, in West Sussex.

Ralf had been walking a few metres ahead like usual when suddenly, owner Will Slade saw him jump.

“He shot backwards, out of the blue,” says Will. “All four paws were off the ground!”

Will was able to see “the last six inches” of the adder as it disappeared under an edge, and immediately noticed that Ralf was not well.

“He wasn’t pulling on the lead like usual and he couldn’t jump into the back of the car,” Will says. “My main concern was to get him to the vets.” 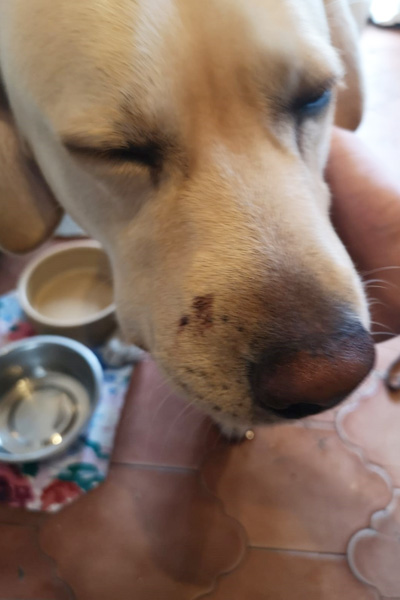 Four-year-old yellow Ralf had two puncture-marks on his muzzle, just a few centimetres from his nose, and was kept in practice overnight for supervision.

“We had a very quiet night without Ralf,” says Will.

When he returned home the following evening, his muzzle had swollen so much that Will could could barely recognise him – but he says his dog handled it very well, and made a full recovery within four days of visiting the practice.

“When he got back, he’d undergone a lot of treatment for the pain,” he says. “Apart from whining for attention, he was fine.” 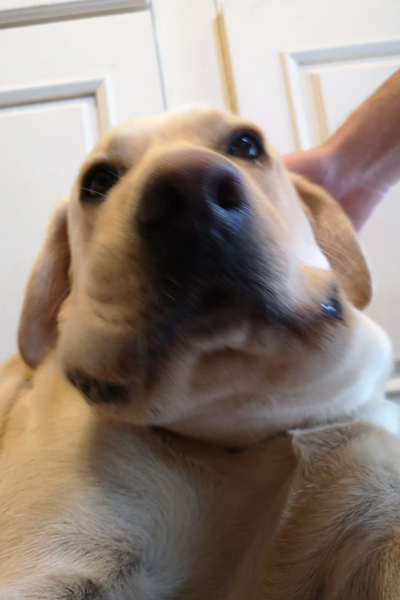 Adders are the only poisonous snakes in the UK. They usually live in sand dunes or woodland areas, and enjoy sunbathing.

“Just like Ralf, most dogs who are bitten by adders make a full recovery within 5-7 days,” Acorn Veterinary Surgery says in a statement. “But it’s still important to have their injuries checked out by your vet, who will also prescribe pain relief and medication.”