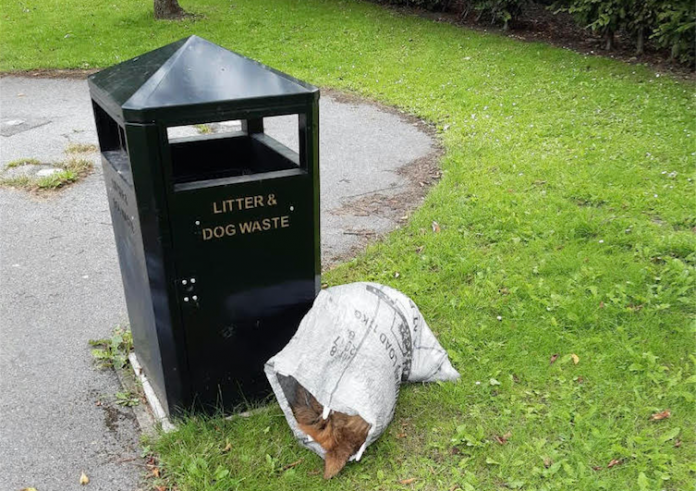 The RSPCA has launched an investigation after the body of a female German shepherd was found in a Sheffield park, stuffed inside a Royal Mail parcel sack and dumped beside a bin.

The body was found on Saturday 1 August in Tinsley Meadows Park, Sheffield. Police contacted the RSPCA, and Inspector Vanessa Reid was sent to the scene.

Vanessa said, “The German shepherd’s dog was stuffed inside the large, grey parcel sack and left beside a bin in the park. Just the dog’s ear could be seen poking out of the opening.

“I collected the body and cut open the sack to examine the dog, but there were no obvious injuries on her body and no clear cause of death.

“She was bleeding heavily from the mouth and I suspect she hasn’t been dead long as the blood was fairly fresh.” 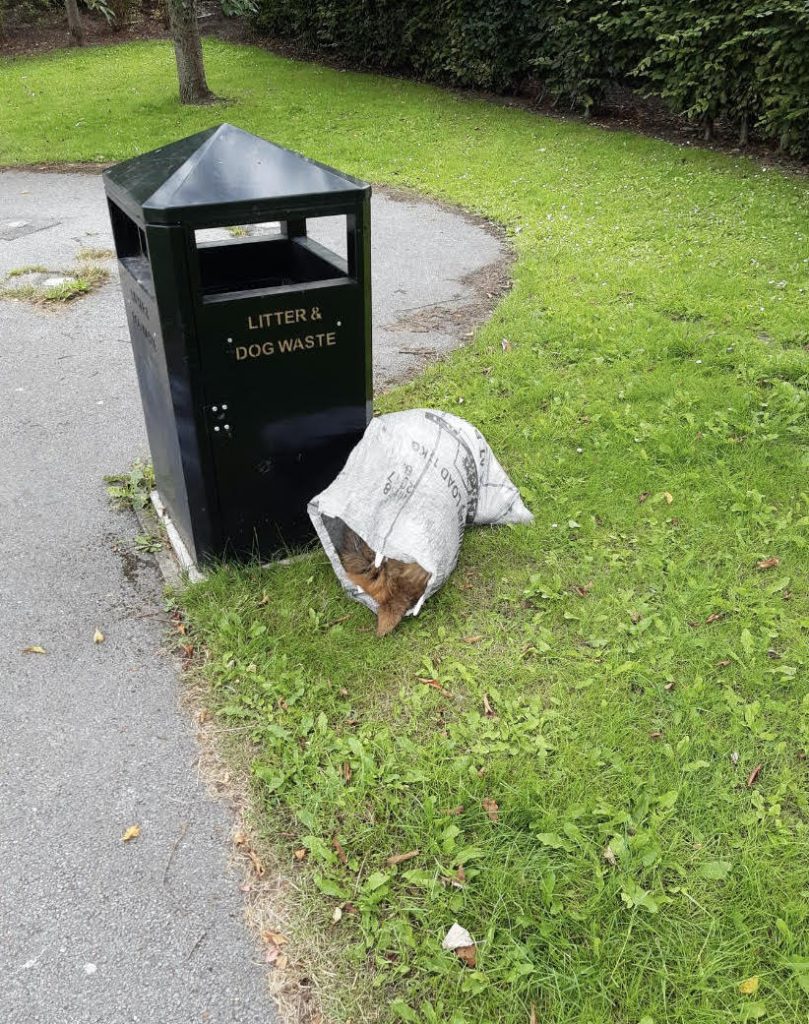 The dog was wearing a black collar fastened with a chain, but there was no identification tag to be found and she was not microchipped. As well as making enquiries in the local area, Vanessa is appealing to the public for any information that may help her find out what happened to the dog, and how she came to be so callously dumped.

She said, “It’s incredibly sad to find this beautiful, seemingly healthy dog dumped in such a way. She’s in a really good condition so it’s unclear how she perished and whether it was in suspicious circumstances, but I’d certainly like to speak to her owners.

“It was incredibly difficult to lift the sack alone so I believe it would have taken two people to carry her body into the park and I’d like to hear from anyone who saw anything suspicious in the park before the discovery.

“I’d also like to hear from anyone who believes they may know who owned this dog. Please call the RSPCA’s inspector appeal line on 0300 123 8018.”