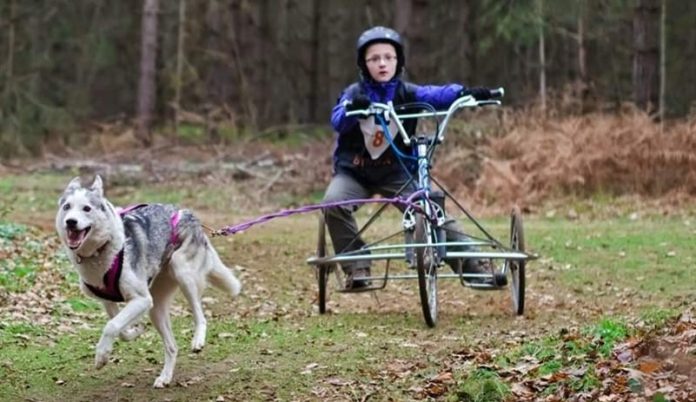 When Mumble, a 11-year-old Husky belonging to a Crufts-winning breeder, ran into a motorway amidst 70mph traffic, she had to be rescued by two motorists – who turned out to be both people from the dog world!

Naomi March and Rachael Smith, of Trailhunters Siberians, found themselves in a nightmare when three of her huskies ran off. The trio quickly covered five miles and ran onto the A38 near Exeter. 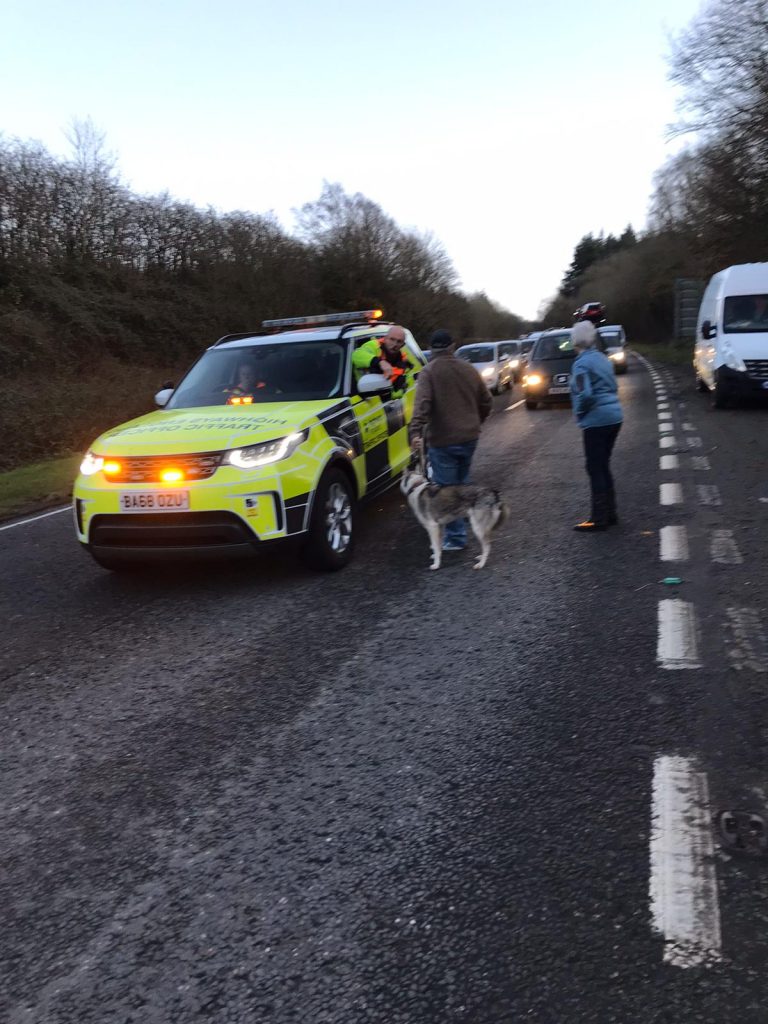 They were able to get Mumble to approach them, and Colin managed put a lead on her.

Colin said, “My heart leapt when I saw the dogs running towards the motorway. I thought it was not going to be a happy ending. It was a very frightening experience. I think the husky was curious about my pug Ruby, who I had with me at the time, so the husky approached us and I was then able to get a lead on her.”

Justin added, “I was driving on the A38 and spotted three huskies in the road. I pulled over and met Colin who had already stopped to help. It was only later when we had got the dog to safety that I realised Colin and Rachael were both members of the Royal Canin PRO Club!”

Justin dialled 999 to report the situation. A Highways Patrol was despatched to stop the traffic, as the other two dogs were still running in the road. Bella and Mimi were found safe and well a few miles away, and were reunited with Rachael and Naomi later that evening.

Rachael said, “I am so grateful to Justin and Colin. It was a truly terrifying experience. If they hadn’t been there, I dread to think what would have happened. It was such a strange coincidence that all three of us had links to Royal Canin!”

Both Bella and Mimi have one Challenge Certificate each, and Bella got Best of Breed at the Scottish Siberian Husky Club last summer while Mimi took a third in veteran at Crufts this year.