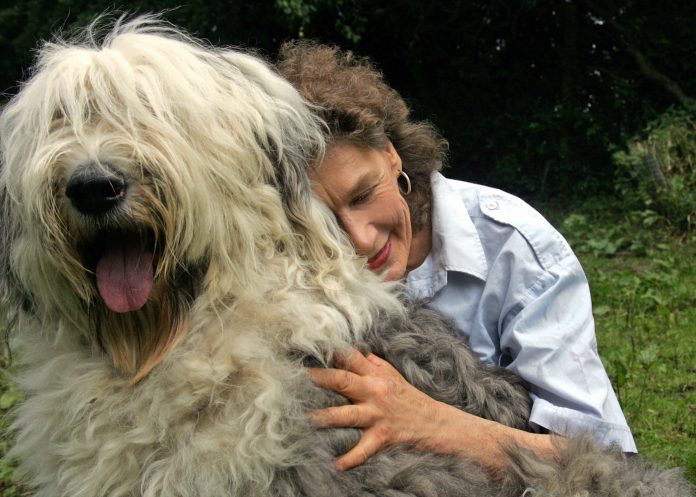 Back in 2005, Dogs Today featured Gill Harwood, who devoted decades of her life to rescuing Old English Sheepdogs – a dedication that won her the Award for Lifetime of Care. Today, we reflect on her many years of tireless work as we receive the sad news she has passed away.

Gill Harwood’s love of dogs dated back to her childhood; back in 2005, she shared with Dogs Today some fond memories of training and walking her friend’s dogs, as well as setting up her own obedience classes.

I always made sure I sold to good pet homes. Even if they were going to show, the dog had to be first and foremost a loved pet.

Gill said, “I used to take all the neighbourhood dogs to the common and exercise them and would get the bus back. I remember the look on the conductor’s face when I would get on with a group of assorted mongrels!”

Gill was a life-long animal welfare supporter, she was involved with the Anti-Vivisection Society, where she became besotted with their mascot – an Old English Sheepdog called Misty. When Misty had a litter, Gill had to have one of her puppies, and it was that puppy, Molly, that began a love affair with the breed spanning over 50 years – and resulting in Gill placing thousands of unwanted dogs into loving homes. 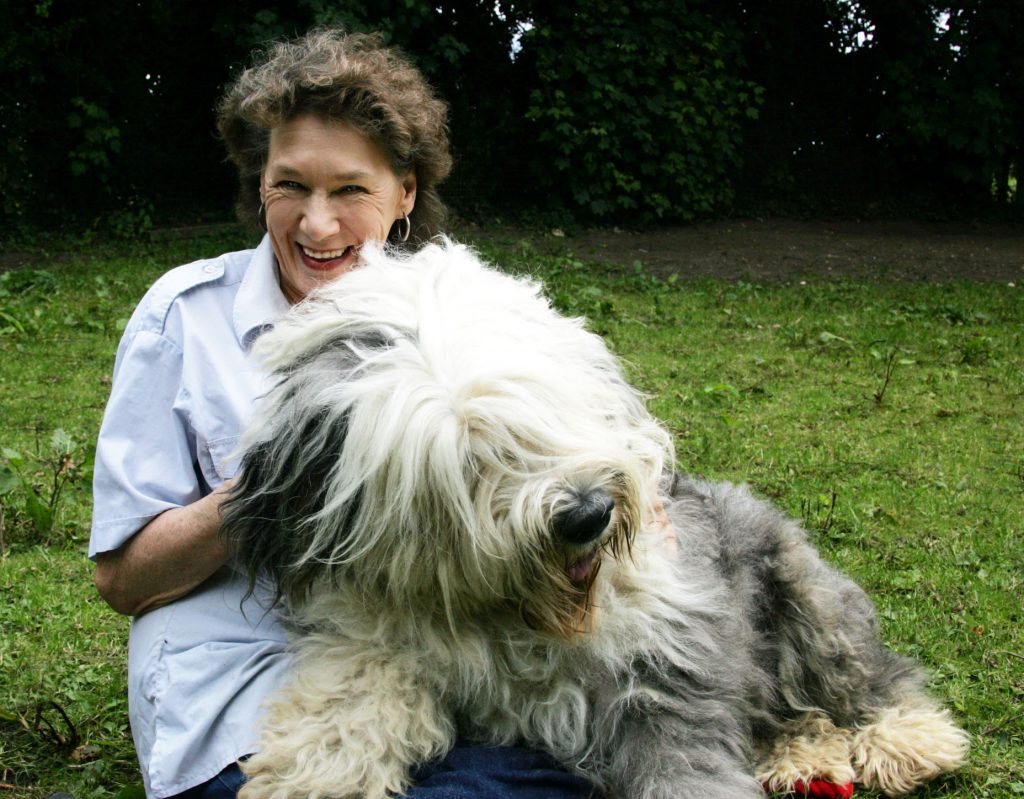 Gill began breeding Old English Sheepdogs under the affix Oldash and was one of the first breeders to start hereditary testing for conditions, such as eye problems. She also showed her dogs, then moved into judging.

She said, “I always made sure I sold to good pet homes. Even if they were going to show, the dog had to be first and foremost a loved pet. About a dozen of my dogs went on to be international Champions. I did judge for a while, too, and was invited to judge at the World Show in Verona in 1980.”

However, Gill stopped showing and breeding, and even turned down the opportunity to judge at another World Show when her rescue work began consuming all of her time.

“It dawned on me that we shouldn’t be bringing more dogs into the world when there are already so many looking for homes,” Gill explained.

The Gill Harwood Old English Sheepdog Rescue and Welfare Fund was set up to help asses and rehome dogs who came to her from a variety of different backgrounds. Around 900 Old English Sheepdogs came to Gill’s home in Lincolnshire each year as she operated the rescue there, with a few volunteers who helped transport the dogs or covered for Gill when she was sick. 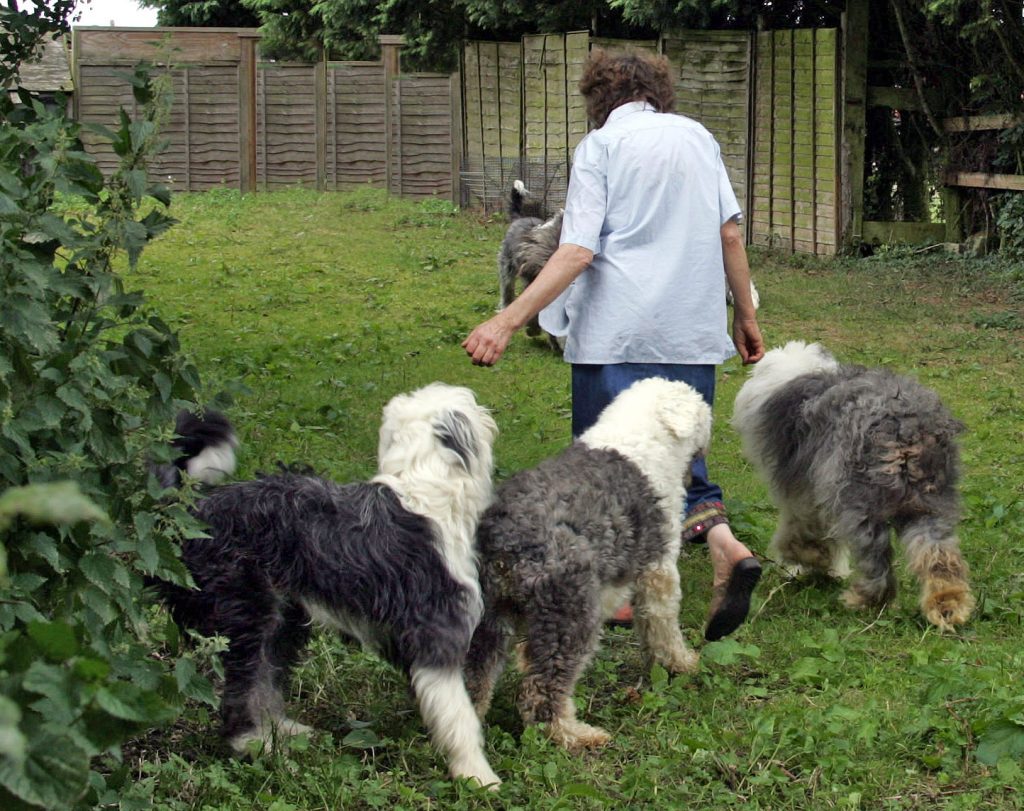 Gill made many sacrifices for the dogs, as she spent a tremendous amount of her own money and time to ensure every one of them had the best chance at finding a good home. She would never turn a dog away, and the only case in which a dog would be put to sleep was if they were suffering or if their temperament was so bad they were a danger to people. Gill would also take back any dogs who did not work out in their new homes, but her successful rehoming process meant this was a rare occurrence.

When the Old English Sheepdog became synonymous with Dulux paint, Gill worked hard to spread the message they are not a breed for everyone, and ensured anyone who rescued her dogs knew exactly what to expect. Gill was also a rescue contact for Battersea Dogs and Cats Home, and was always on hand to give advice, information and assistance with the rehoming of dogs.

Gill mended the hearts of many, canine and human, and her years of dedication to the Old English Sheepdog will always be remembered.

Despite all her amazing work, Gill always remained modest as she simply did what she did for the love of dogs and nothing more. She told Dogs Today, “Although there have been sacrifices, I would never complain, as I have loved living with the dogs and I have no regrets about what I have done. It would be nice to have nice furniture and holidays, but I am happier doing what I do and don’t long for what I lost.”

Those who knew Gill Harwood, worked with her and rehomed dogs from her all share a huge amount of affection for her. Gill mended the hearts of many, canine and human, and her years of dedication to the Old English Sheepdog will always be remembered. Our thoughts are with her friends and family.