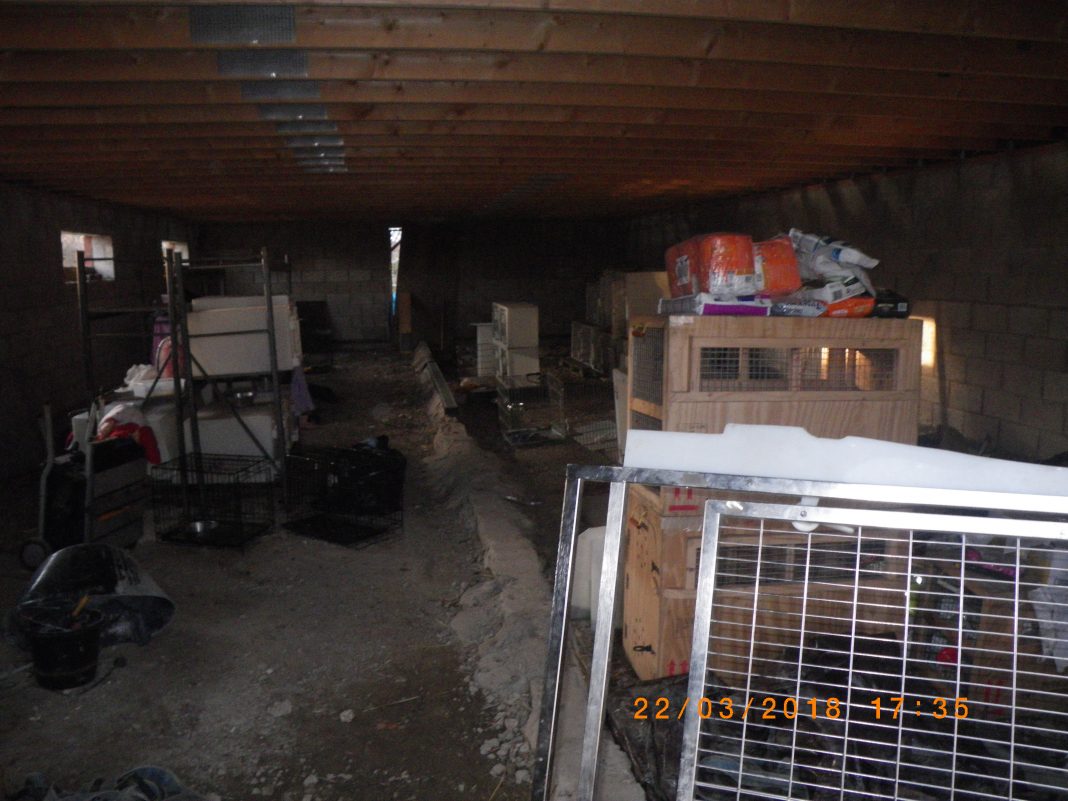 When the RSPCA and Humberside Police raided 4Paws, a rescue in South Killingholme, in March last year, it came to a shock to many. It turned out to be one of the largest operations ever carried out by the RSPCA: more than 60 staff from multiple agencies worked throughout the day to remove a total of 160 animals – 144 dogs and 16 cats – which were then taken in by the RSPCA and Dogs Trust. 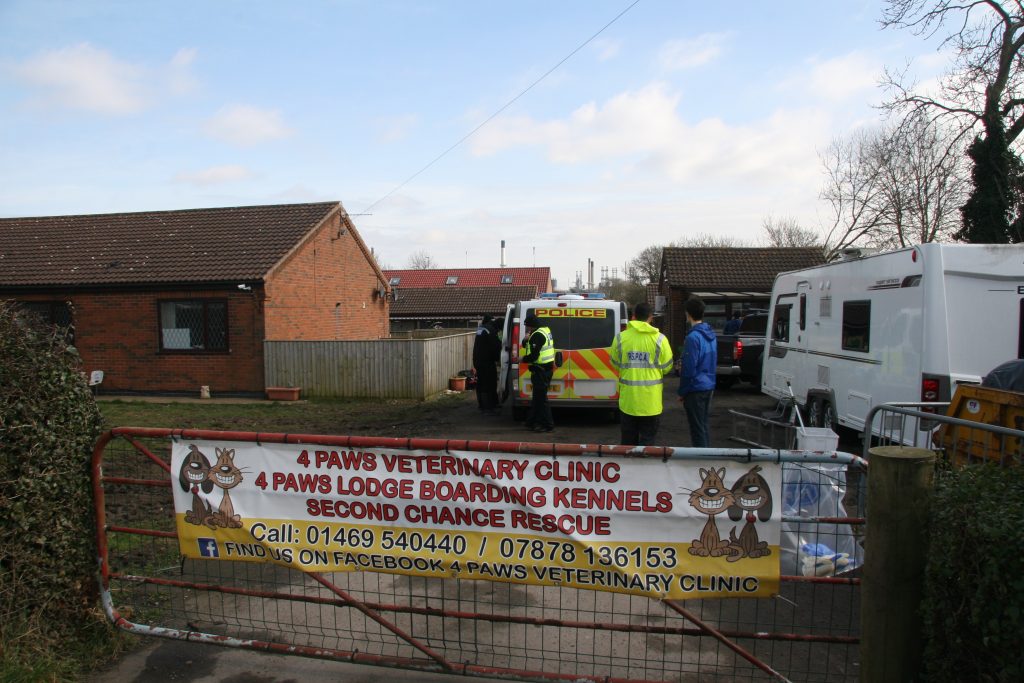 The body of a deceased dog, later discovered to have distemper, was found in the onsite clinic; three further dogs had to be put to sleep. It emerged that Jodie and Paul Fairbrother, who ran the rescue, had imported 4,600 dogs from overseas over a 15-month period to rehome in the UK. As it turned out, this was the bulk of their business – with little concern for the well-being of the dogs it was built on.

The investigation into 4Paws was led by the RSPCA’s Special Operations Unit (SOU). The officer who led the probe said, “We launched an investigation after intelligence from a number of sources that dogs were being imported from Romania without the proper health or biosecurity checks. We were also told that the animals were being kept in wholly unsuitable and inadequate conditions at the 4Paws site in Lincolnshire.” 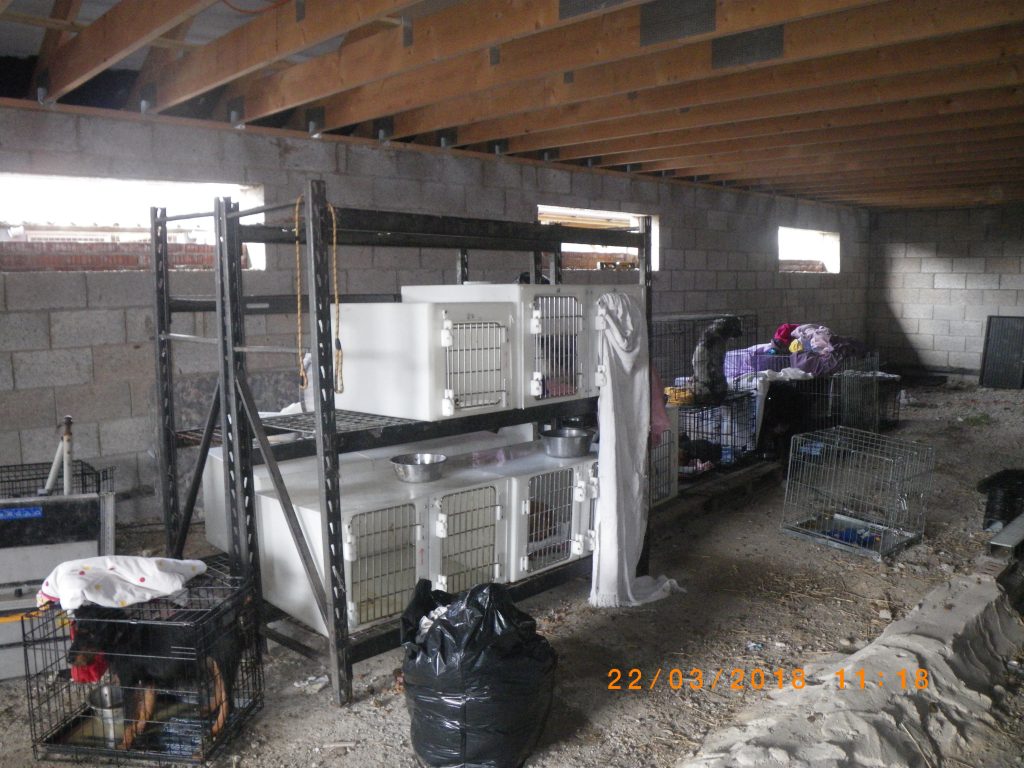 RSPCA SOU Chief Inspector Ian Briggs added, “The kennel blocks were seriously overcrowded. Runs which, at an RSPCA site, would be home to one dog had been split into two with two or three dogs in one half, inside, and another two or three dogs in the other half, outside.

“One dog – a large Romanian shepherd called Bear – was in such a small kennel that he could barely lie down. He was extremely distressed and we had to sedate him to remove him from the site. We understand that he’d been there, in those conditions, for three years – and had only been out of his kennel three times.

“He’s now in RSPCA care and is coming on leaps and bounds. Thanks to the tireless work of staff and behaviour experts, his confidence is building and he’s beginning to trust people again.

“Other dogs were found living in crates which were too small, stacked on top of each other and lying in their own filth. One dog, who couldn’t even stand up in his crate as it was so small, was so thirsty that when our officers gave him water he drank continuously for several minutes.” 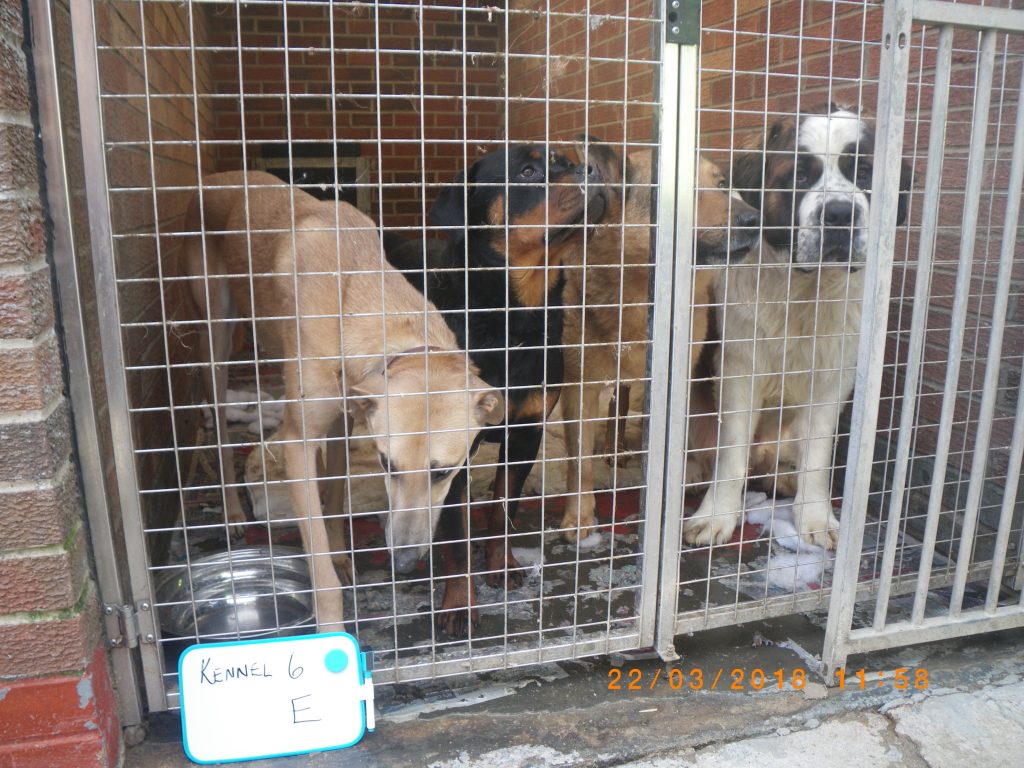 Many of the dogs also had untreated health conditions – such as respiratory problems or ear infections – or untreated wounds. They all were quarantined as they were cared for and checked for diseases.

Head of SOU Grainne Casey said, “Importing street dogs from abroad to rehome here in the UK brings about many challenges, many of which were evident from this operation.

“Many of these dogs had not had the necessary legal checks they needed to enter the country, meaning they had the potential to be carrying serious diseases such as rabies. In fact, two of the dogs removed from the site had to be put to sleep as they tested positive for a severe, zoonotic disease called Brucella canis, which can be passed on to humans, while a third was suffering from distemper.

“As well as the major health risks these dogs posed to the general public and wider dog population, many of the animals in 4Paws’ care were not having their basic needs met while under their care. It was an extremely upsetting situation to see these dogs – who’d all already been through so much in their lives – living in such squalor.” 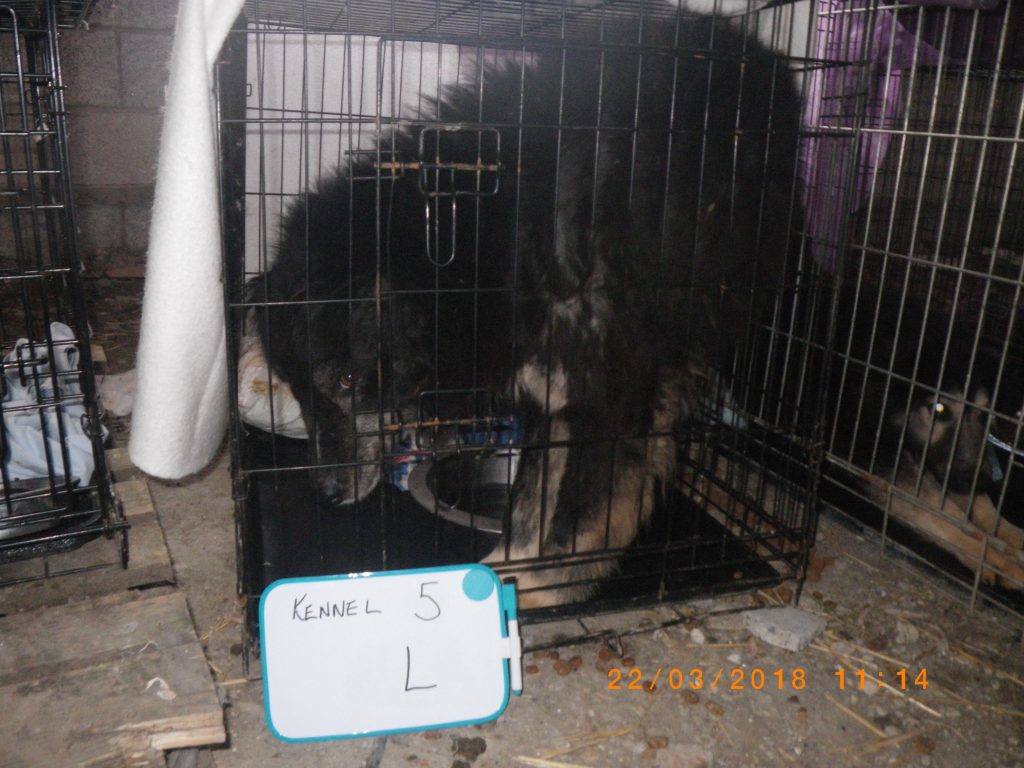 Harrowing CCTV footage provided officers with proof of a number of offences: the who’d later be found dead in the 4Paws on-site clinic is seen trembling in a cage in a video, which he was never allowed to leave, while being denied food and water for three days. In another video, a wounded cat dropped off at the clinic by the owner is left in the carrier for two days, without receiving any medical attention, food or water.

Harsher sentences for animal cruelty charges were supposed to be introduced by the Government, but the The Animal Welfare (Sentencing) Bill is currently in a limbo following the Parliament suspension. 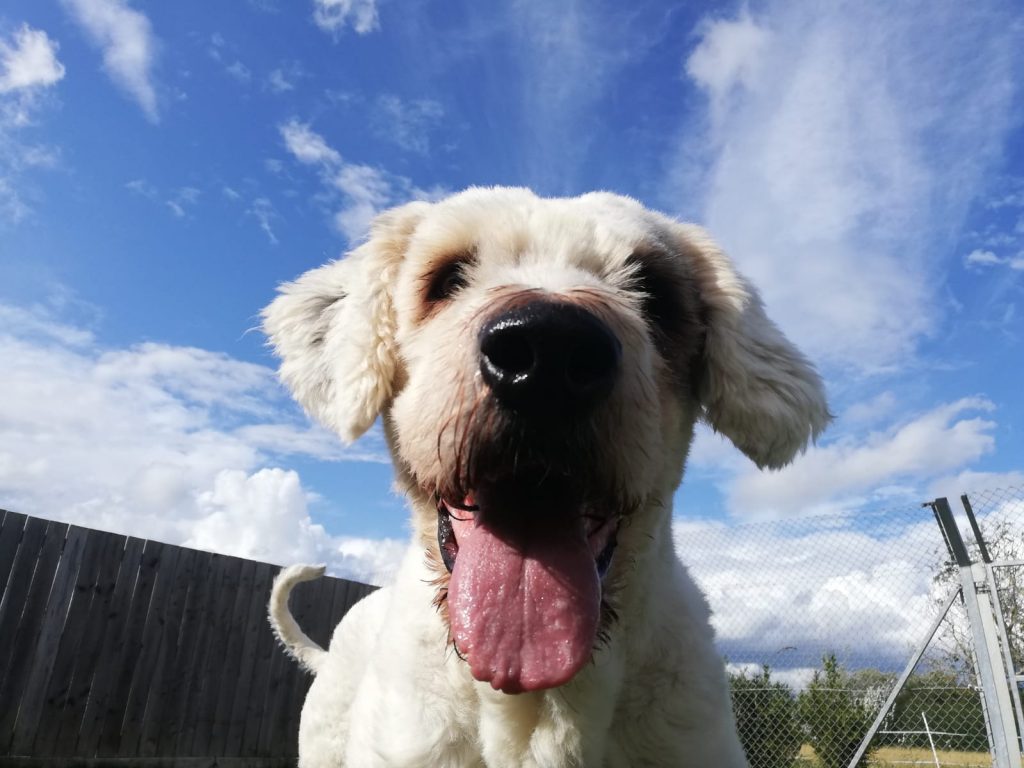 Most of the dogs and cats removed from the premises have now been rehomed, with five dogs still in the RSPCA’s care. One of them is Romanian shepherd Bear, who is looking for an experienced home with a family who are used to large, guarding dogs; four British bulldogs – Ginny, Sonny, Iris and Inca – are looking for patient owners who can give them time to adjust to their new homes.