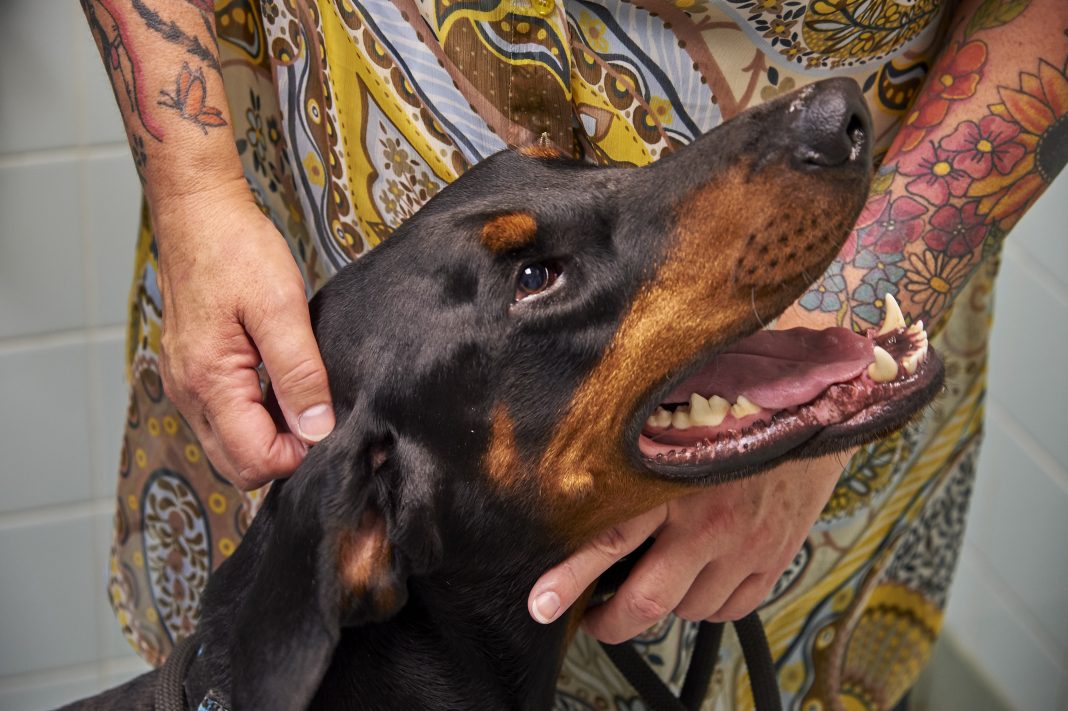 PDSA have revealed ways to prevent bloat in dogs after saving the life of a two-year-old Doberman who suffered a near fatal twisted stomach, also known as GDV (Gastric Dilation-Volvulus).

Doberman pup Winston was taken to Basildon PDSA Pet Hospital, The Coco Markus Centre, by his owner Stella Draycot after she noticed he stopped eating and couldn’t keep anything down. Stella’s action saved his life and the charity’s vets identified that Winston had developed a twisted stomach, which can be fatal within just a few hours. 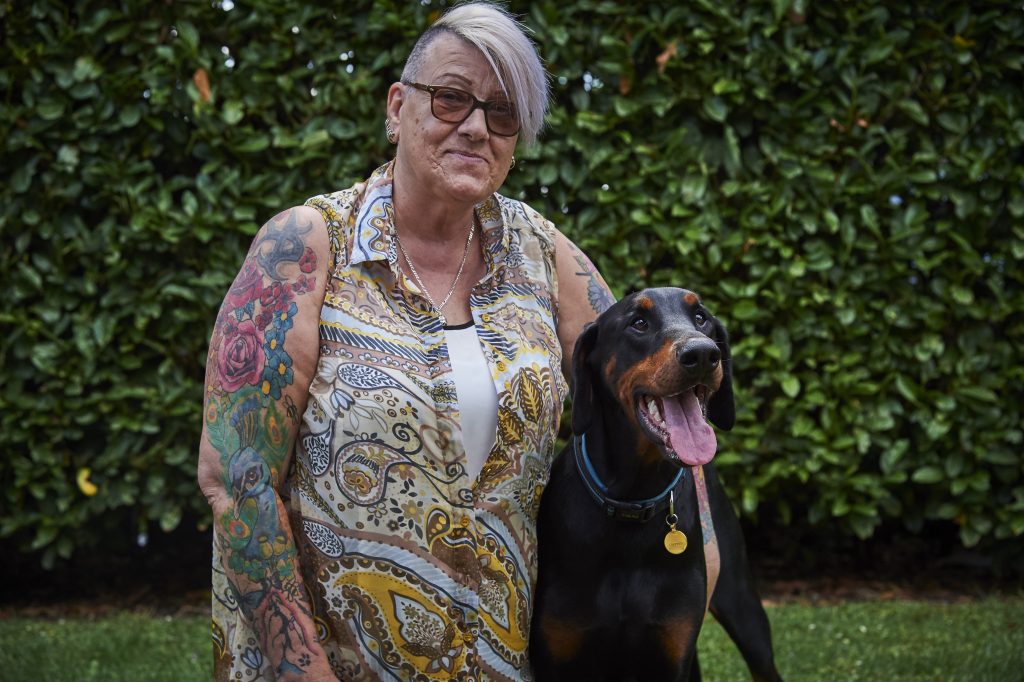 “He just wasn’t himself and I didn’t know what to do, so I took him to the PDSA Pet Hospital,” said Stella. “After the vet examined him, they discovered he had a twisted stomach and I was told that his chances of surviving were very slim. I was in shock and the thought of losing him left me in floods of tears.”

PDSA Vet, Hannah Johnston, explained, “When Winston arrived at the Pet Hospital he had a tender, swollen tummy and was trying to be sick but nothing was coming up. We were really concerned about these symptoms and took him straight for an x-ray, which showed a massive, gas-filled, ‘C’ shaped stomach. This is a tell-tale sign of GDV, which is a twisted stomach. We knew immediately that we had to act fast, as this can kill a dog within hours if left untreated.”

Gastric Dilation-Volvulus (GDV), happens when an abnormal amount of gas builds up in the stomach and the stomach twists round on itself. Once the stomach twists, the gas can’t escape and pressure builds up, which can restrict blood flow, affect breathing, lead to shock and, if not treated quickly, the stomach wall can become damaged, causing it to bruise, start to die away, or rupture. The condition is more common in large or deep-chested breeds, including Dobermanns like Winston, but also breeds like Great Danes, Basset Hounds, Saint Bernards and Irish Setters.

Hannah continued, “Winston was immediately prepped for emergency surgery to untwist his stomach, but because of his deteriorating condition the anaesthetic he needed posed a much higher risk. We prepared his owner for the worst but we were determined to do everything we could to save him. The surgery went as well as it could have, and we also placed some internal stitches to secure the stomach to the body wall to try and prevent it from twisting around again.” 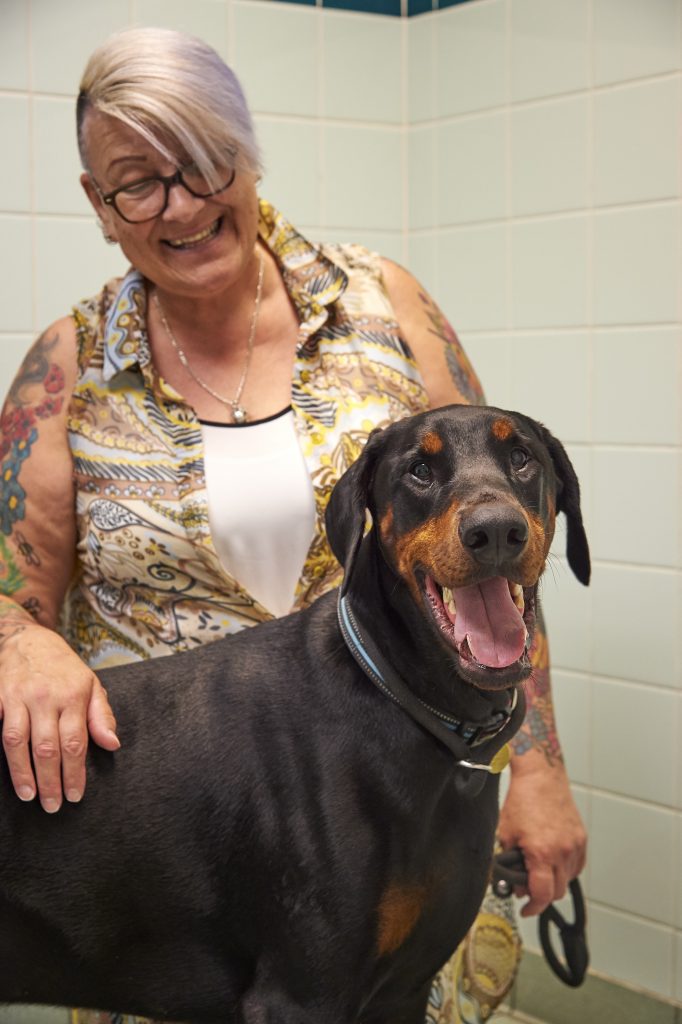 Thankfully, Winston, who has just celebrated his second birthday, has made a great recovery and is back to enjoying walks with his friends. “I’m so glad to have my best friend back home safe and sound,” said Stella. “I feel that Winston is a miracle dog for surviving. The treatment and care he received from PDSA was fantastic, I’m so very grateful that they saved his life.”

Stella has now entered Winston into the PDSA Pet Survivor awards to recognise his survival spirit, and the determination and skill of the vets and nurses who saved his life. 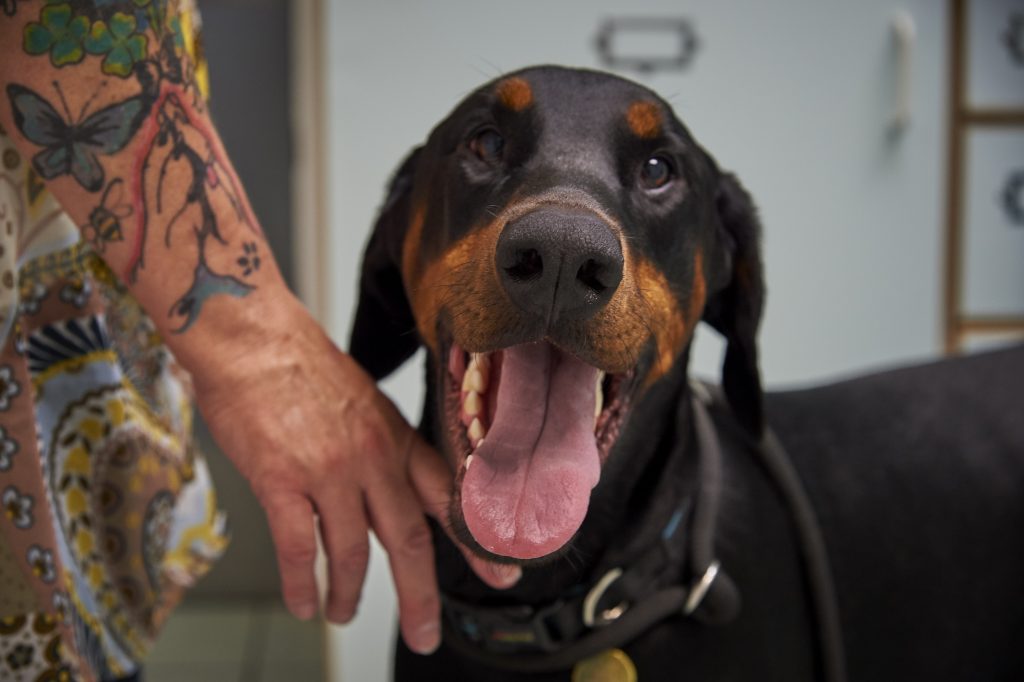 PDSA Vet Hannah added, “It’s really important to keep an eye out for any changes in your pet’s behaviour, especially if they are a higher risk breed. Signs to look out for include drooling, retching or trying to vomit without producing anything, anxious behaviour and attempts to stretch or restlessness, and a swollen or hard stomach. Surgery is most successful when the condition is still in the early stages, so Stella’s quick action in bringing Winston straight to PDSA saved his life.”

How to prevent GDV

Ways to reduce the risk of your dog developing bloat may include: