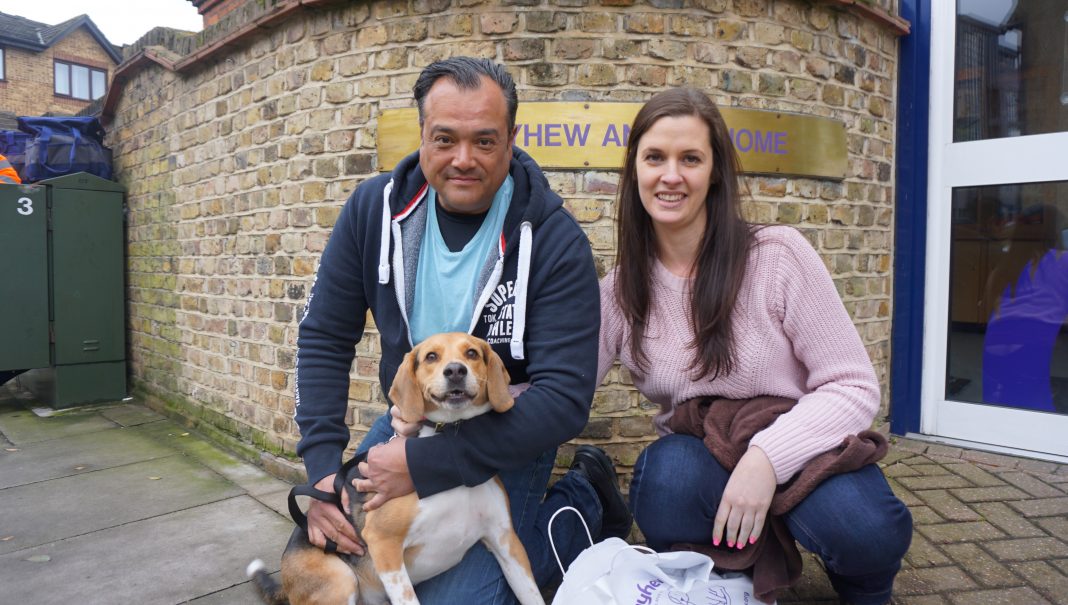 It was love at first sight when Zoe and Aaron met Hugo, a rescue from Mayhew. Determined to bring him home, they went to great lengths making sure nothing could get in the way of their new family – including leaving their new home.

The couple bonded immediately with the four-year-old Beagle, and knew straight away that they wanted to welcome him into their lives. Luckily, they had recently moved into a pet-friendly property, and so it seemed like the stars were aligned. However, Zoe and Aaron’s life took a turn when their new landlord refused a formal request to adopt Hugo – despite verbal reassurance from their estate agent that they would be able to care for a dog. Devastated by the news, the couple were determined not to give up on their dream of adopting Hugo, and a few days later they gave notice to their new landlord, having only been in the new house for a few short weeks. Knowing there was every chance someone else could adopt Hugo, Zoe and Aaron had to move quickly. They searched day and night to find a suitable property that would definitely allow a dog. And finally it seemed like fate was on their side, as they came across the perfect property that  gave the go-ahead to not only move in straight away – but to also adopt Hugo! “It was a really stressful experience, but we were desperate to have Hugo,” Zoe said.

“Aaron especially had really bonded with him, and we would have done anything necessary to make him ours. In the end, that meant renting two houses and moving twice in a month – but it was worth every second of hassle and every pound spent to finally bring Hugo home!” Whilst Hugo may not realise the lengths Zoe and Aaron had to go to to adopt him, he undoubtedly feels as blessed to have them as they are to have him. His favourite thing to do is stretch out front of the fire after long days spent socialising and exploring, and he is as happy as can be to have a home and a family at last.