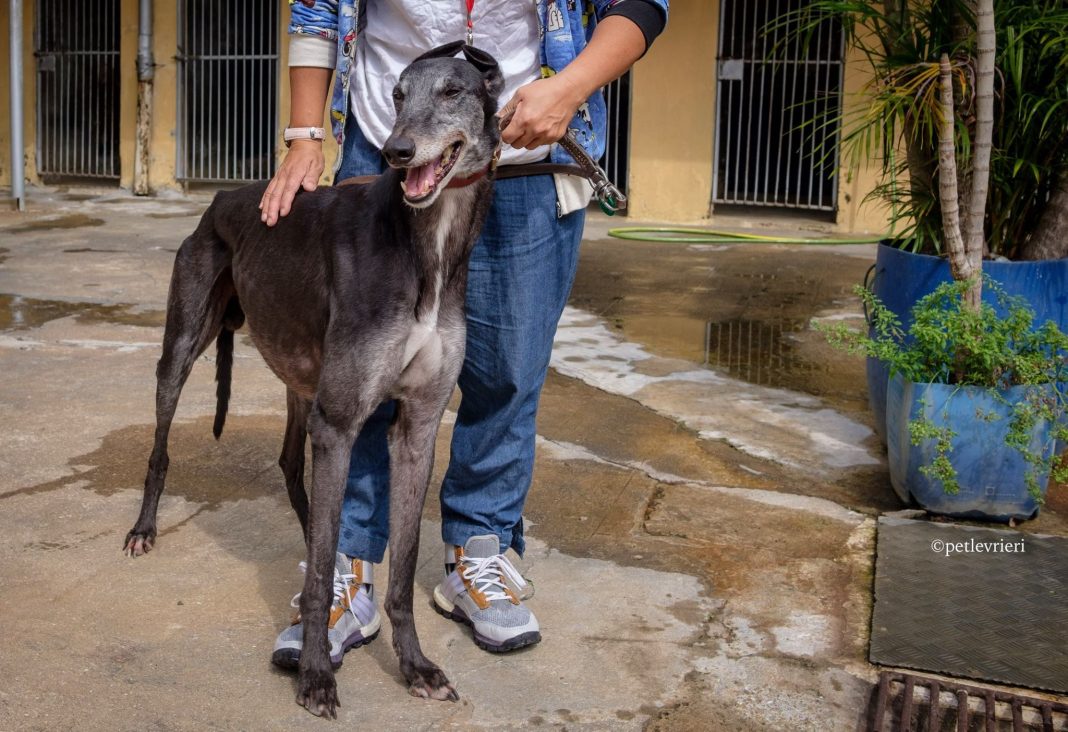 Three greyhounds, rescued from the notorious Macau Canidrome, will be travelling to the UK this Valentine’s Day to find loving homes.

The ex-racing greyhounds have been saved from certain death in Macau Canidrome Stadium, China. The racing track first opened in the 1960s, but closed last year (July 2018) after becoming notorious for its ill treatment of their dogs: no greyhound that entered Macau Canidrome came out alive. The closure was hailed as a huge step forward for animal welfare worldwide, but also posed a challenge for a network of rescue organisations to find them loving homes.

Upon closing, the stadium had up to 650 dogs left inside. There was no rehoming plans in place for the animals, making it an unprecedented situation that required a worldwide response. Dog rescue charities around the world have come together to offer refuge for the animals, with the Asian organisation ANIMA caring for the dogs locally and preparing them for new homes around the globe.

“We are looking forward to welcoming all three of these hounds to Forever Hounds Trust, where they will know nothing but love, respect and care.”

Three greyhounds rescued from the stadium will be travelling to the UK and into the care of Forever Hounds Trust, a greyhound and lurcher rescue and rehoming charity with more than 20 years’ experience working with greyhounds that have left the racing industry.

Previously known as Lamma Goit, Valentina (below) will be travelling to safety on her fifth birthday, the first one spent outside of the barbaric Macau stadium. The beautiful blue-coloured greyhound has spent her life in the racing industry and is recorded as having raced 113 times over four years, with her last race in June 2018.

Her travelling companion Bound Lil, now fittingly named Amore (main image), will also be celebrating a birthday soon after arriving in the UK. Turning seven years old on the 17th February, Amore has famous heritage, with his grandfather being the celebrated stud dog Head Honcho. Having spent more than six years inside the Canidrome, Amore has raced more than 200 times. Joining them will be Oyster Credit, now known as just Oyster (below), who at ten years old is one of the oldest dogs remaining in the Canidrome. Oyster has been in more than 190 races, but Forever Hounds Trust suspects that she has also been used as a brood bitch as there are gaps in her racing record, with her last recorded race was in September 2016.

Life in the UK for these dogs will be very different to what they have known so far. The three dogs were bred in Australia before being exported to Macau where they have known nothing but a life of misery inside the Canidrome. Kept in small kennels with no bedding, no exercise other than racing and no companionship, these greyhounds have led a depressing existence up to now.

It could be argued that these greyhounds are the lucky ones. Most of the greyhounds that raced in the Canidrome lost their lives there. Dogs that didn’t place within the top three in five consecutive races were killed and those that suffered an injury on the treacherous track would’ve also died.

Jan Lake, Chair of Trustees for Forever Hounds Trust, said, “It is highly unusual for us to rescue dogs from overseas, however this is an unprecedented situation which required an unprecedented response. The cost of flying the greyhounds to us has been covered by Yat Yuen, the Canidrome’s former management, and the dogs will have had all the necessary vaccinations, checks and tests before they come to us. This means they will not need any time in quarantine and will start their lives as much-loved pets in the UK as soon as we can find suitable homes for them.”

Jan adds, “We are looking forward to welcoming all three of these hounds to Forever Hounds Trust, where they will know nothing but love, respect and care. We have warm kennels, comfortable beds and good food waiting for them, along with people ready to help them learn about life as a pet, and love them unconditionally.”

If you would like to offer a forever home to one of the rescued dogs from Macau, or to another of the charity’s rescued dogs, please get in touch with them on 03000 111 100, email enquiries@foreverhoundstrust.org or visit their website. The charity has also set up a fundraising page for anyone who would like to contribute to the costs of preparing the dogs for their forever home. This can be found at here. 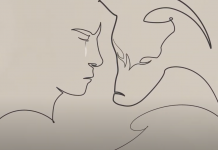 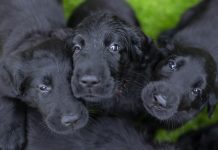 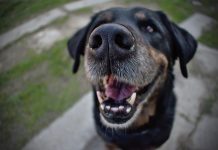 Dental disease among most common problems in UK dogs