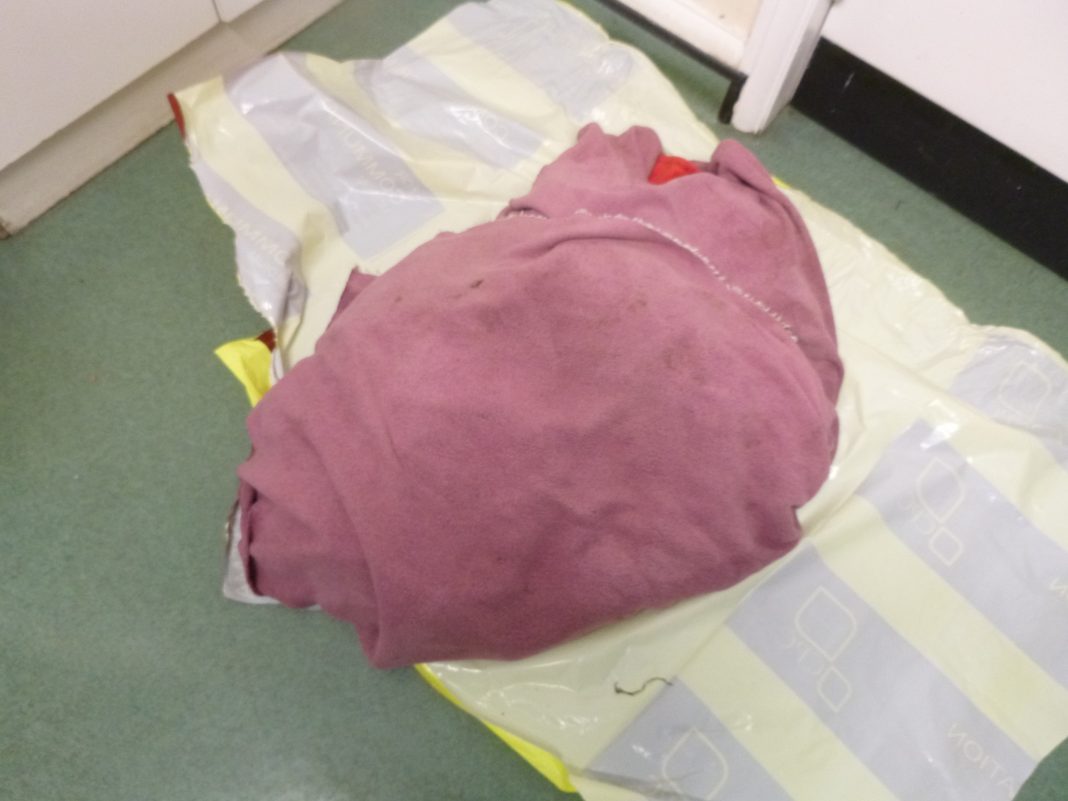 The RSPCA is appealing for information as its inspectors investigate the death of a dog whose body was  dumped in an east London park, wrapped in a dressing gown.

The black-and-white American bulldog’s body, found by the gates to Roding Valley Park in Woodford on 27 January, was severely emaciated. RSPCA Inspector Jemima Cooper, who is investigating the case, said, “Park rangers found the body of the unneutered male dog and took him to a local vet who contacted us.

“The dog was extremely skinny and had been wrapped in a red dressing gown and purple fleecy blanket with a dog toy.” While he was microchipped, the RSPCA was unable to contact the registered owner, and believe the details on the chip are out of date.

“It appears this poor dog has been severely neglected and may well have been starved to death so I’m keen to find out where he’s come from and who is responsible,” Inspector Cooper added. “We’ve put up posters in the local area and tried to make contact with the people who are named on his microchip but haven’t had any luck so now we’re appealing to the public to help us.”

If you recognise the dog or saw anything suspicious in the area on the afternoon of 27 January, contact the RSPCA on their appeal line: 0300 123 8018.