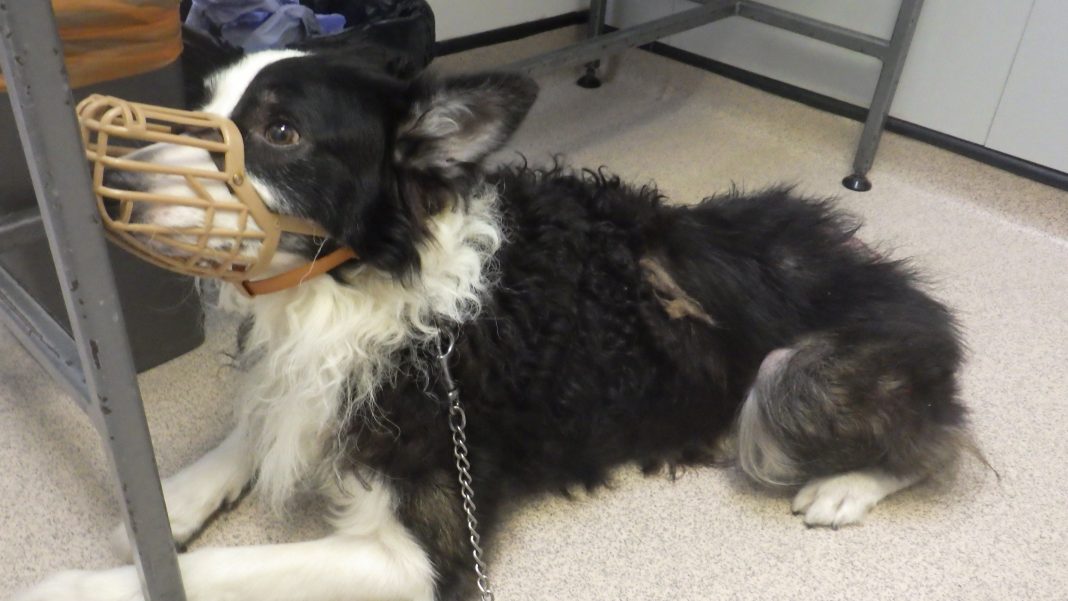 A woman in Leeds has been disqualified from keeping animals for life after allowing her pet dog to suffer with a severe infected skin condition.

Linda Dean appeared before Leeds Magistrates’ Court last week (Monday 14 January) and  admitted to causing unnecessary suffering to her male black-and-white collie. She had failed to provide necessary veterinary care for a chronic skin condition over a two-month period last year, meaning Coda had been living in immense pain.

The RSPCA attended Dean’s home on 10 September 2018. Veterinary evidence suggested that Coda had been suffering since at least 10 July, but most likely much longer.

RSPCA inspector Kris Walker said, “Coda was in a lot of pain for a long period of time from a severe and obvious skin condition. He had cauliflower-like growths on his back where the fur was missing, and the growths were infected, sore and bleeding. Both ears were thickened and crusty, he had fleas and was underweight.”

Inspector Walker added, “Dean said in interview that Coda had started nibbling his back in April, and had started going bald in June. Dean’s cat had brought fleas home in August and because of this she had treated Coda with a flea spray and used a buster collar which she said he had managed to get off.

“Coda desperately needed veterinary treatment and as soon as we intervened, and he got it, he started to improve. It’s been a long road for this poor boy but I’m really happy to say he is now almost recovered. His demeanour has completely changed – he’s gone from a despondent dog unwilling to socialise to a dog that’s happy and very playful.” Dean told the court she had ‘a lot on her plate’ with children and relatives she cares for. She apologised to the court and the RSPCA and said she did love the dog, which she had owned since he was a puppy in 2011. She accepted there would be a disqualification but hoped Coda could be rehomed to her mother, and that she may be allowed to keep her cat.

As well as the disqualification she was also sentenced to a 12-month community order requiring 200 hours of unpaid work and 15 rehabilitation days. She was ordered to pay costs of £300 and an £85 victim surcharge. A deprivation order was placed on Coda and the defendant’s cat. Their ownership will now pass to the RSPCA.