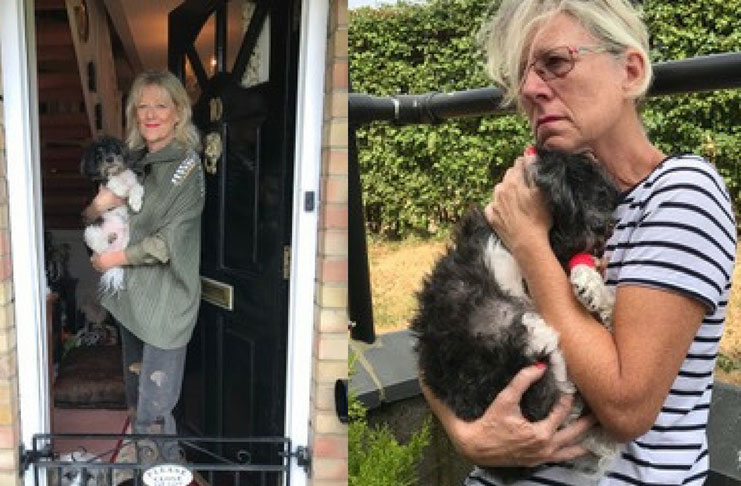 A bereaved pet owner is appealing for information after a van carrying her Lhasa Apso’s ashes was stolen outside the driver’s home in Avening, Gloucestershire.

Laura Peskin was already grieving the loss of her beloved dog Matty when she received the devasting news that the crematorium van delivering the casket had been stolen. Laura is appealing for information about the whereabouts of the van or the 60-litre container which was carrying the pets’ ashes.

Matty was adopted by Laura in 2016 after his previous owner – a customer of Laura’s dog boarding business Laura’s Little Lodgers – suddenly passed away. Matty was originally going to be rehomed with a friend but when he lost his sight to sudden onset glaucoma, Laura decided to rehome him as he was more familiar with her home.

Laura cared for the 11-year-old through some difficult health challenges but when his stomach became swollen earlier this year, she made the gut-wrenching decision. Matty was put to sleep on 19 July at Hall Place Veterinary Centre, Maidenhead.

His body was sent for cremation at Lime Kiln Crematorium in Stroud, Gloucestershire, and on the 25 July his casket and several others were loaded into a delivery van to be transported back to their veterinary centres. At some point during the night of the 25 July and early morning of the 26 July, the driver’s van was stolen from outside his home. The tracker was later found in Nailsworth but there have not been any sightings of the van or the boxes containing the ashes.

Says Laura, “They must be somewhere. How could no one have seen the van? It’s ludicrous.”

It’s not clear how many pet owners have been affected but Laura has spoken to several owners who are searching for answers and has launched a dedicated Facebook page to appeal for information.

Laura says on Facebook, “I am totally distraught and need as much help as you can give me to bring him safely home.” Gloucestershire Constabulary has issued this statement:

“In the early hours of Thursday 26 July police received a report that a white Ford transit van (VA65VBF), which contained pets’ ashes, had been stolen from The Sunground in Avening.

The incident happened between 11.30am on Wednesday 25 July and 2.33am on Thursday.

Anyone with information about this incident should call police on 101 and quote incident 47 of 26 July.”