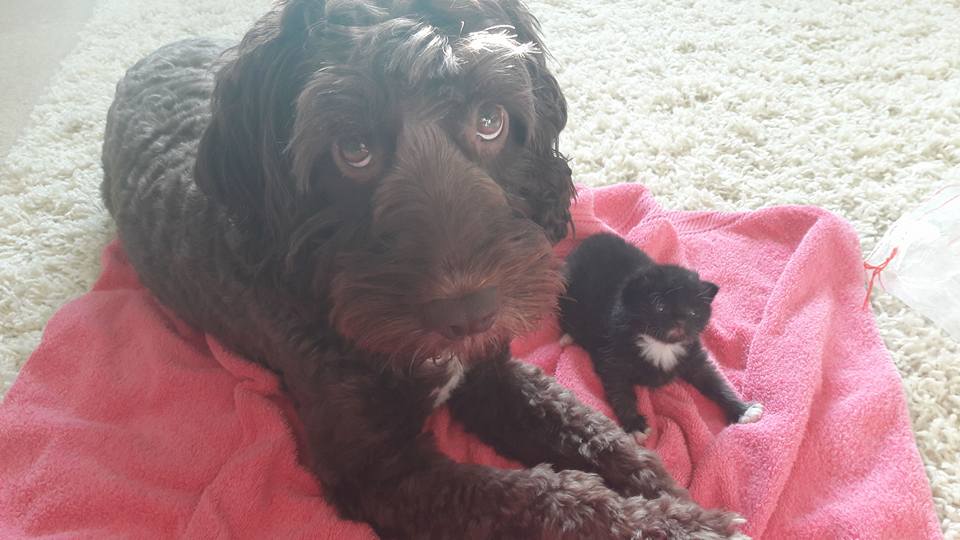 Born in a dreary puppy farm in Essex, Dennis the Cockerpoo didn’t have the best start in life. Luckily, he was rescued by the RSPCA along with 75 other dogs in October 2014. After lots of care and treatment, he was ready to move on to his forever home – and he didn’t have to look far. RSPCA inspector Rosie Russon and her partner, Rebecca Kenny, had already fallen in love with him and adopted him. 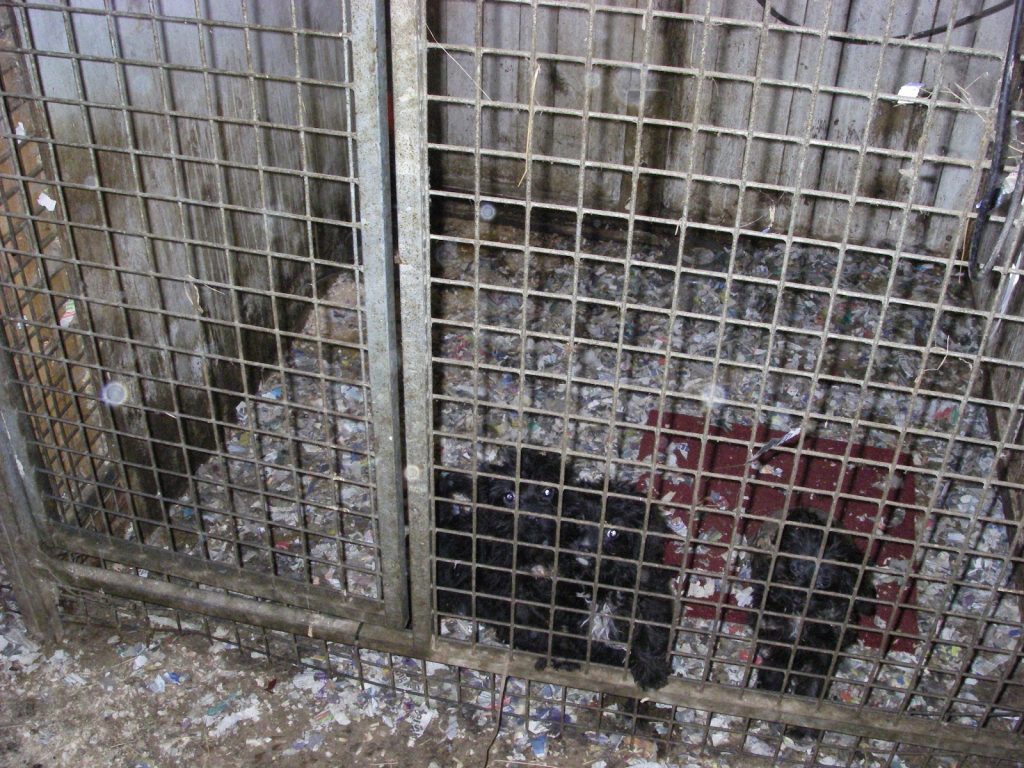 What they didn’t know at the time was that Dennis would turn out to have a special skill: he’s a kitten whisperer. Soon enough, he was helping Rosie and Rebecca with the kittens they brought home, in need of fostering or hand-rearing.

Rosie said, “Dennis has an affinity with other animals and responds really well to being around dogs and cats. We think it’s because he came from a multi-animal environment and all his early experiences that were positive were due to other animals.

“Little kittens need their mothers to help them clean and toilet,” Rosie explained. “It was never deliberate to get Dennis involved with them but he showed an interest right from the start and we were keen to introduce him and the kittens to each other from an early age so they’d get along as they grew up together. 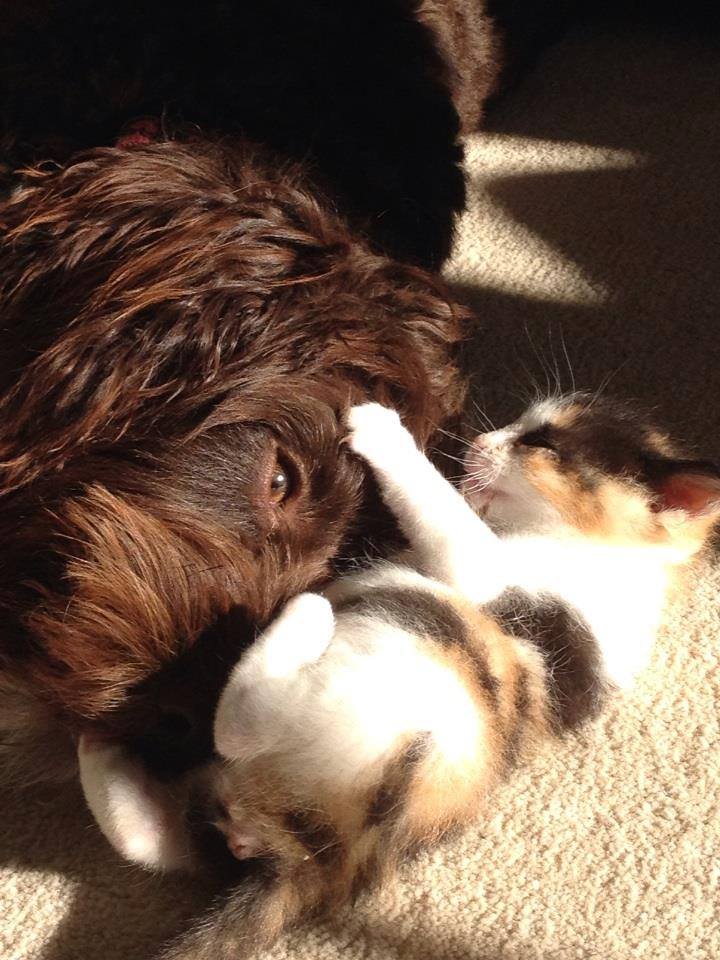 “Dennis would always be interested in the kittens and started to take them under his wing. One day we let them interact and his instinct took over – he just started to clean them. Now, he loves nothing more than to cuddle with them and keep them warm, and he’ll lick them to clean them up after a feed and to help them go to the toilet – just like their mother would naturally.

“We always keep a close eye on Dennis when he’s with the kittens and would never leave them unattended but he is very trustworthy around them.” 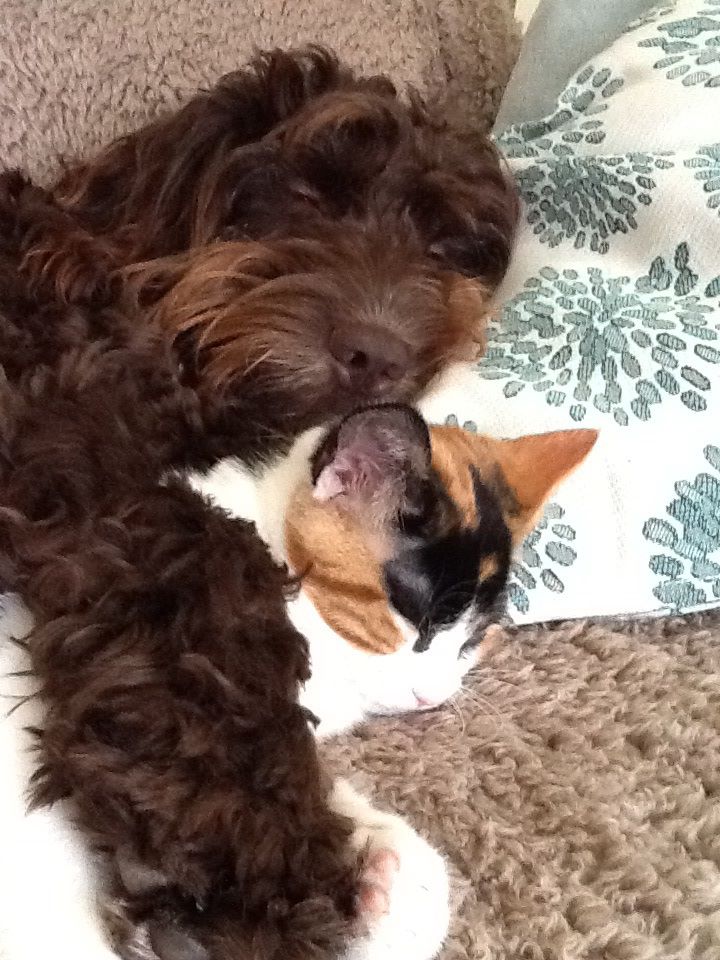 Dennis has helped fostering over a dozen kittens, and he formed a special bond with tortoiseshell Sydney, who has vision and neurological problems and was abandoned by his mother when only a few days old.

“He is such a gentle, sensitive and caring little dog,” Rosie added. “He adopts them as his own and loves to mother them. He’s so gentle and loving towards them, it’s absolutely adorable.”