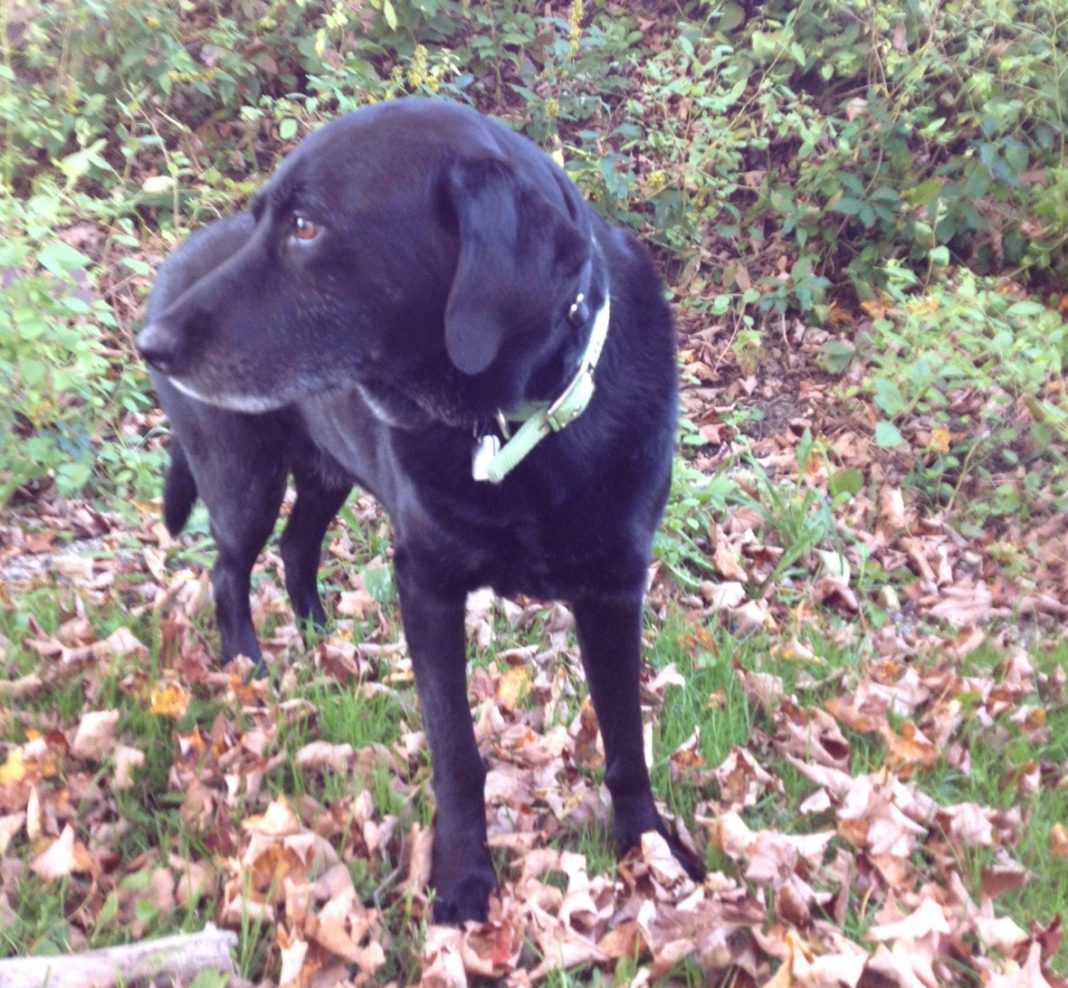 My dog isn’t perfect. Other dogs make him crazy, he begs for food to the point of drooling, and, on top of that, he doesn’t give much affection. My attitude toward Sly, a mature black Lab, is mostly laissez-faire. I haven’t done much to be the Alpha in our relationship.
He’s a retriever who rarely retrieves, and when he does pick up an object tossed in play, he doesn’t bring it back. And as a water dog, he isn’t much. Rush into the surf to catch an airborne Frisbee? I don’t think so.

I should mention Sly is a rescue. The day almost four years ago when my husband Steve and I drove to the parking lot in northwestern Connecticut to pick him up from his rescuing organization, Sly came out of the truck frothing at the mouth. While all the other dogs were overcome with gratitude for having been saved, Sly was intent upon escape. It took the two of us to haul him to the car so we could, against his will, cart him home.

“When the kids are grown and the dog dies, you don’t get another one” This was apparently a bit of senior wisdom we had missed out on.

With Sly whining at a high pitch in the backseat, Steve and I both wondered what we were doing. We had not been dog owners in years—and the years had piled up. We were easily the oldest rescuers in the crowd. Friends had freely pointed out that dog adoption at our age was a bad idea.

“When the kids are grown and the dog dies, you don’t get another one.” This was apparently a bit of senior wisdom we had missed out on.

Wanting things to go smoothly, I got a dog trainer, and according to her, Sly had “issues.” Not only that, he was “profoundly anxious.” Needless to say, she didn’t last too long, and without help, those first months were challenging. Sly—a docile Dr. Jekyll in the house—turned into a demented Mr. Hyde outside.

The pulling, constant sniffing, and marking everything in sight were as nothing compared to what happened when another dog crossed our path. The charging and growling caused me chest-crushing heart palpitations, to say nothing of the near shoulder dislocations. Neighbors began running for cover whenever they saw us coming.

“Another dog with fancy credentials would probably walk with dignity off leash, taking the high ground in the proximity of wacko dogs

“But he’s harmless, really!” I screamed as they ran for cover. And he was. Whenever fearless dog owners let Sly get close, they discovered that his bark was far worse than his non-existent bite. He has never once tried to harm man nor beast.

For all his imperfections, he has great house manners. He never jumps on the furniture. Never chews anything he’s not supposed to. Sleeps like a narcoleptic. And he has ironclad kidneys. What more could you ask of a house dog?

Another dog with fancy credentials would probably walk with dignity off leash, taking the high ground in the proximity of wacko dogs. But when my less-than-perfect pup looks at me with those amber eyes and occasionally (hardly ever) nuzzles me like I’m the love of his life, I know he is better than any agility-competing, therapy-certificate-bearing, prize-winning pooch could ever be.

“He may not be perfect, my dog, but he’s the only one for me

One thing about that former dog trainer, she did convince me that I could overcome my heart palpitations by showing Sly who was in charge on walks. And she was right. With a little practice and a firm grip on my part, he became almost civilised out there. Now one of my favorite things is walking with Sly. But we still give other dogs a wide berth.

He may not be perfect, my dog, but he’s the only one for me. 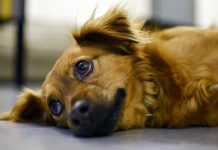 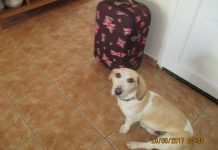