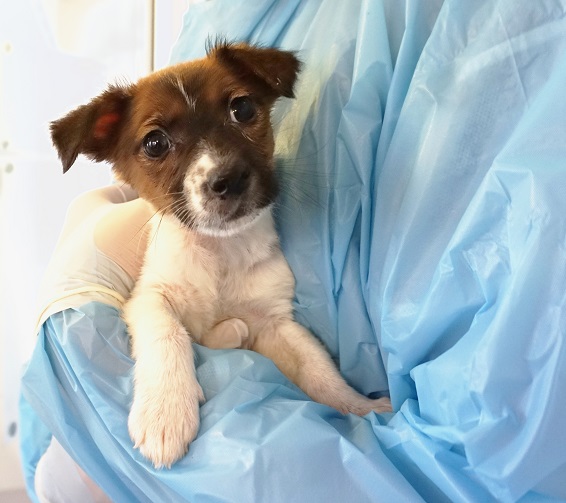 A sickly Jack Russell Terrier puppy, sold online despite being underage, has become one of the faces of Mayhew’s Christmas campaign ‘I am NOT an Impulse Buy’, raising awareness of the plight of dogs bought on impulse online – only to find themselves in rescues soon afterwards. Luna was illegally sold online, via a buy-and-sell website, despite being underage and having suspected mange.

Mayhew’s Dog Adoption Officer, Lisa Guiney, said, “The breeder had told the owner that she was 10 weeks old, but in fact she was approximately six weeks old. It’s illegal to sell a puppy under the age of eight weeks old. After meeting the breeder in a car park, the ill-informed owner took Luna home with them that day. 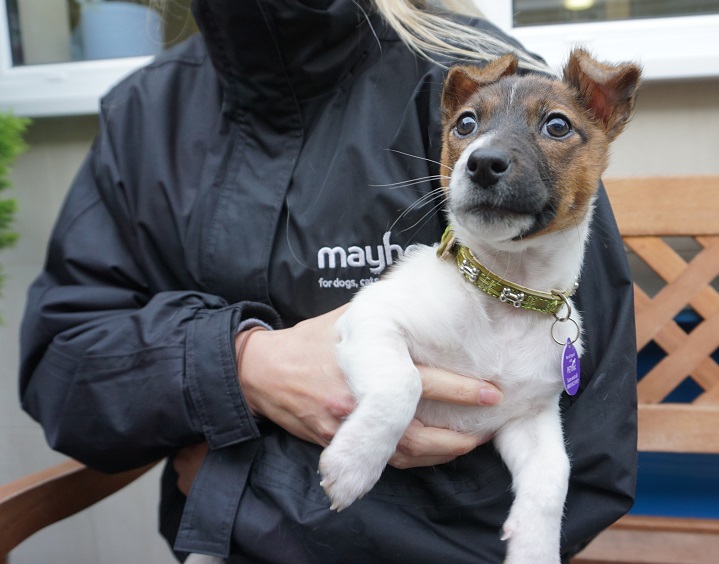 “Unfortunately as soon as they got Luna home, the owner noticed she was scratching herself all the time and had severe diarrhoea, so they decided to take her to their local vet to get her checked over. The vet suspected that Luna had mites, but sadly the owner couldn’t afford the tests to determine what was wrong, so Luna was brought into Mayhew.”

At Mayhew’s on-site Community Vet Clinic, Luna was treated for suspected sarcoptic mange, which is a highly contagious skin disease that can be passed onto other animals and humans.

We urge people to think responsibly about where they get their pets from and consider adopting a rescue dog from a reputable shelter, as they are full of gorgeous canines waiting for loving homes

Mayhew’s Vet, Dr Emily Richardson, said, “Luna was presumed to have sarcoptic mange due to skin lesions on her outer ear, hocks and elbows. We conducted a full dermatological examination, but no parasites were observed with a microscope following skin scrapes. Sampling can sometimes fail to show parasites in infected dogs and due to the fact that this parasitic infection can be highly contagious and spread to humans, we decided to treat her for sarcoptic mange.

“Luna was treated with a topical drug that kills mites. She was also given a course of antibiotics due to a secondary bacterial skin infection, which was a result of skin damage from scratching. After three weeks, her skin condition improved and she is no longer considered infectious. Luna has now fully recovered and is a very healthy and happy puppy.” 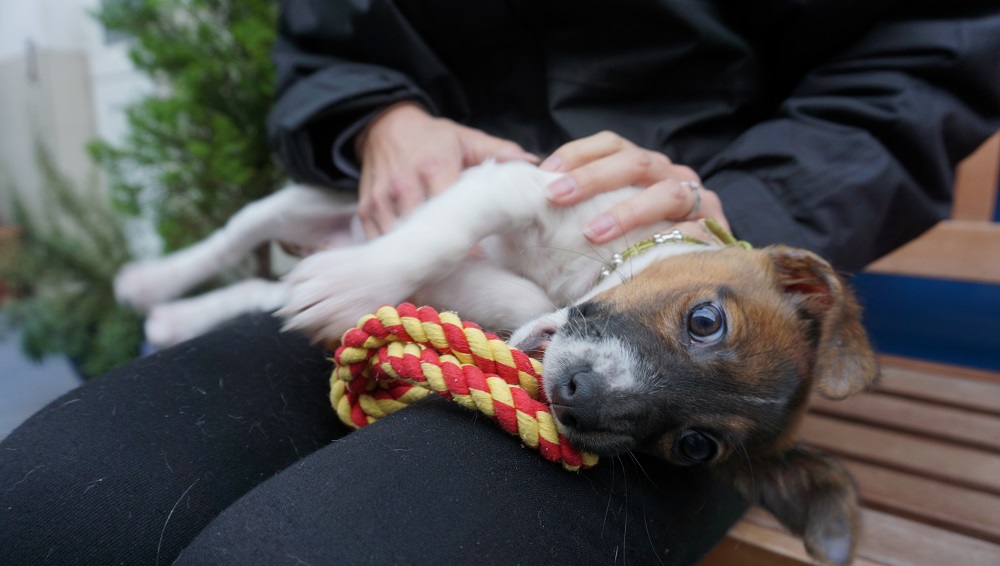 Luna was lucky: she was nursed back to health and has since found a new home. Many puppies bred to be sold around this time of the year are not so fortunate, and it’s not rare for a puppy bought on impulse to become ill due to being bred in puppy farms, or to wind up in rescue because the new owners did not give enough thought to the time and commitment a dog requires.

Lack of research before getting a pet means many owners have an incomplete understanding of what a pet needs for a healthy, happy life

Dog Adoption Officer, Lisa Guiney, added, “The previous owner said they had also developed itchy skin lesions since buying the puppy. Luna’s story not only highlights the risk of buying a sick puppy online, resulting in unexpected vet fees, but also the health risk it poses to the owner, family members and other animals. We urge people to think responsibly about where they get their pets from and consider adopting a rescue dog from a reputable shelter, as they are full of gorgeous canines waiting for loving homes.”

This year, Mayhew has collaborated with Ravensbourne University to produce a campaign video, ‘I am NOT an Impulse Buy’, to raise awareness of the increasing trend of buying pets impulsively online and via apps and later ending up in rescue shelters.

“Lack of research before getting a pet means many owners have an incomplete understanding of what a pet needs for a healthy, happy life,” a Mayhew statement reads. “They should be aware of the five animal welfare needs that must be met, which include the need for a suitable diet and environment and to be protected from pain, injury, disease and suffering.”

For more information on Mayhew’s ‘I am NOT an Impulse Buy’ campaign, click here.