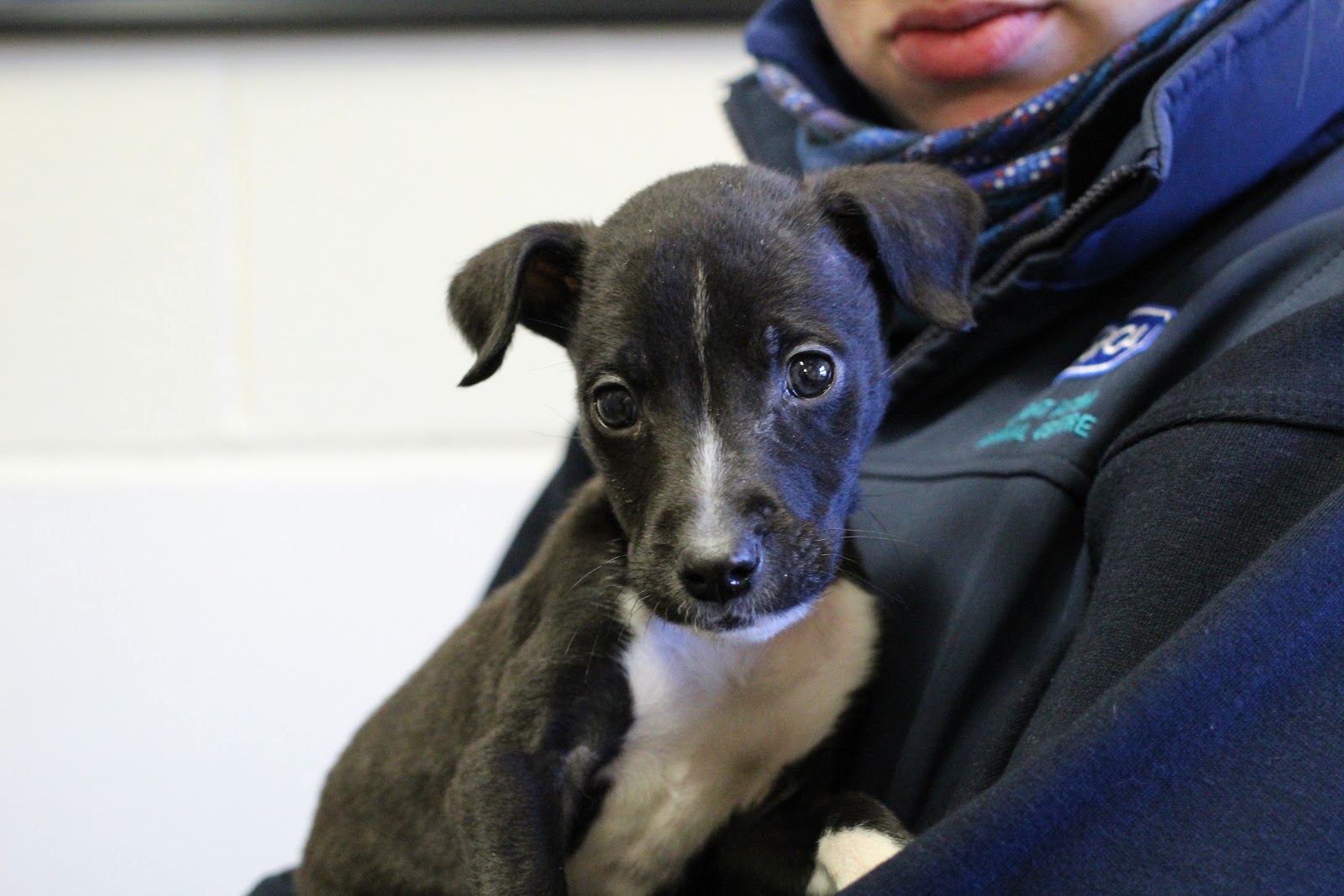 The RSPCA is appealing for information after a puppy was found in a black bin bag in a layby in Greatham, Hartlepool, on Wednesday 22 November.

Kevin Wilmot was walking his dogs on the road leading west out of the village, towards the A689, when he noticed the bag and realised it was moving.

“I’ve got a Patterdale and a Saluki who are both rescues and was doing my regular walk with them when I spotted the bag move,” he says. “Luckily I had them both on a lead and managed to get the little thing out of the bag and carry him back to my car.

“He was absolutely covered in fleas, I got bitten to death by them. I’m a keen animal lover, and I’m especially soft on dogs. It makes me sick that someone would do something like this.”

The puppy, named Morty, is a black-and-white male crossbreed around seven or eight weeks of age, was suffering from a worm burden as well as fleas. He stayed with Kevin kept him before being handed over to the RSPCA Great Ayton Animal Centre the next day. He is now receiving the treatment and care he needs.

RSPCA inspector Steph Baines, who is investigating, says, “Morty was literally dumped like rubbish. People can be cruel, but luckily people can also be kind. He was very fortunate that he was found and by an animal lover like Kevin. We’re really grateful for what he did to help. Things definitely could have turned out differently for this little lad.

“I want to hear from anyone who saw anything suspicious in the area, or who recognises this pup and knows who he belongs to. Anyone with any information should call the RSPCA on 0300 123 8018 and ask to leave a message for me.”