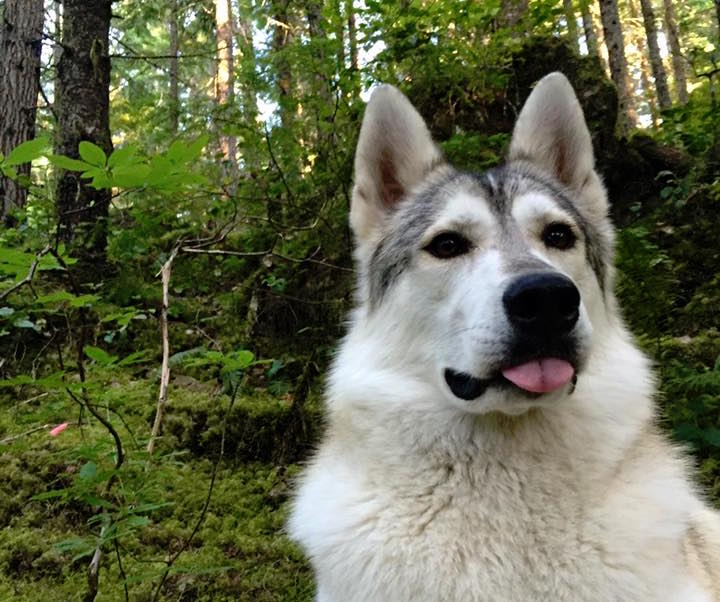 A Canadian woman has witnessed her therapy dog being shot at close range in front of her, after a hunter mistook the Tamaskan for a wolf.

Valley Calderoni was coming to the end of her hike with her colleague and some dogs, including four-year-old Tamaskan Kaoru, in woods near Lake Lucille, British Columbia, when the incident occurred.

She described what happened in a Facebook post, writing. “I already had two dogs on the leash when I heard the bang, it was so loud, my instinct made me crouch down, then I looked, and I saw 10 feet in front of me my dog shot. She screamed, and looked at her wound with disbelief and then looked at me with the absolute feeling of betrayal.”

Kaoru had been in training as a therapy dog with Canine Valley, for children with autism and others with special needs.

“I loved my dog so much and watching her give herself so entirely to anyone that let her has been one of the most rewarding experiences of my life,” wrote Ms Calderoni in her tribute.

The hunter involved reportedly later told conservation officials he had made an ‘error in judgement’, and is cooperating fully with investigations. But Ms Calderoni told the hunter the only way she feels he can make amends is if he never takes another life.

There are now questions being raised about whether he was even allowed to hunt wolves in the area anyway. Ms Calderoni has also pointed out how she and others using the woods were put in danger by his actions.

“This man took my dog’s life because he thought she was a wolf surrounded by seven other dogs and 10 feet away from my teammate and me,” she wrote. “We could have died. I hike in that location with kids all the time, could you imagine if a child had to experience that or worse if he had hit a child?”

Ms Calderoni has launched a GoFundMe campaign in Kaoru’s name to fund numerous projects, such as enforcing a no-hunting area, a new service dog for Canine Valley, and the conservation of wolves. It has already reached its target, and can be found here: www.gofundme.com/kaoru

“I am in pain and I want to use this intense pain to help stop this, we can take a stand, we can change things,” she wrote.