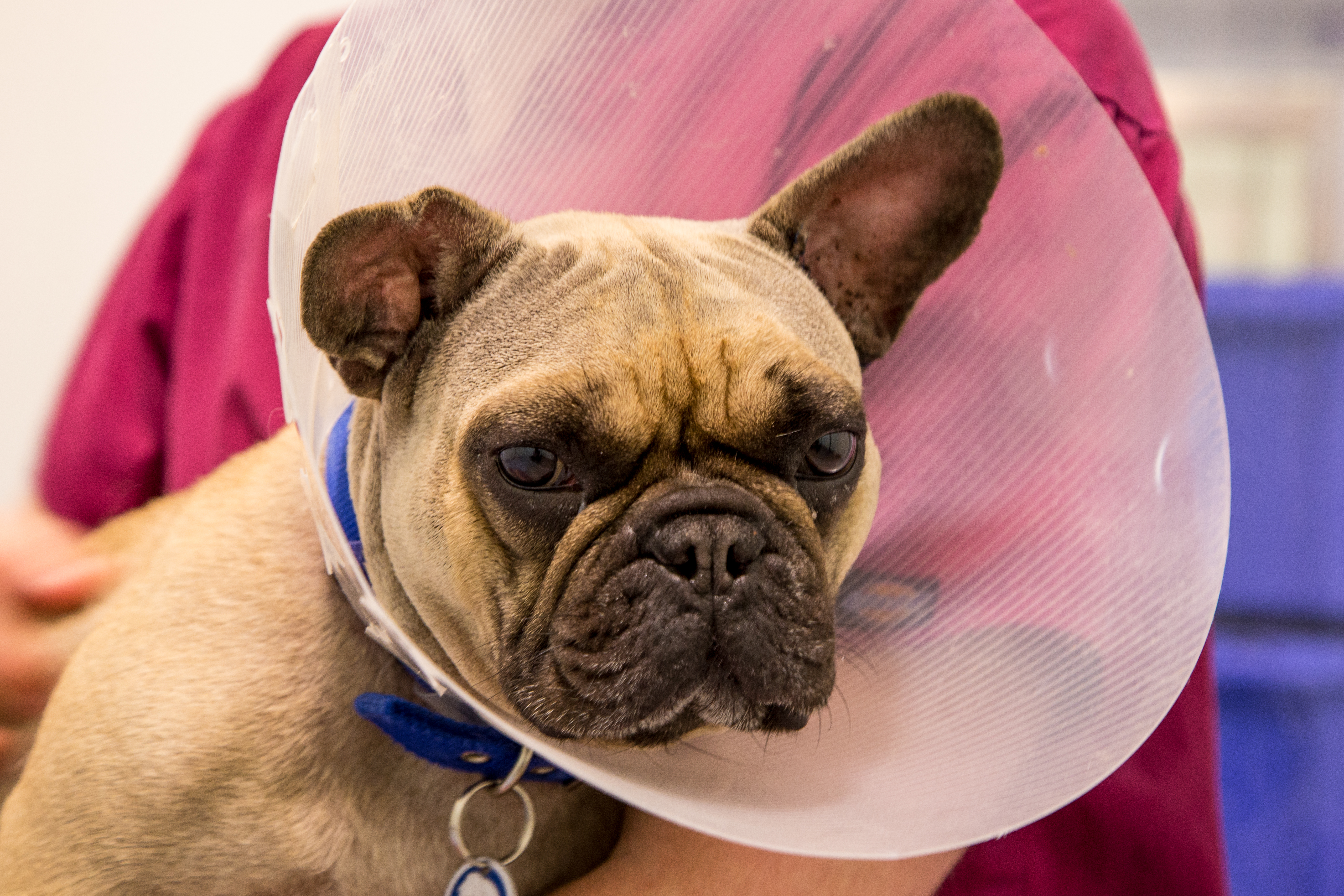 New statistics from Battersea Dogs and Cats Home show that French Bulldogs spend much longer in the charity’s care due to the medical treatment they need, and the time they spend recovering. An average length of stay for a Battersea dog is 35 days, but when this dog is a Frenchie, this rises to 59.

Battersea’s Head Vet, Shaun Opperman, says, “French Bulldogs are a classic example of overbreeding – people see celebrities touting them and getting thousands of likes on social media, and want one for themselves.

“I understand their appeal: with their big eyes and ears, they look like Disney characters, but their appearance is a real burden to them, because in many cases it takes away their ability to act like a real dog. Many of them can’t run or play for long because they struggle to breathe, their skin folds are prone to infection and they are also susceptible to eye problems.”

Piccalilli is one such case study. This fawn Frenchie was brought to Battersea by her owner, who could not afford the rising veterinary costs of keeping Piccalilli, who had sore ears and infected skin, and needed specialist surgery to open up her airways. Piccalilli spent weeks recovering at Battersea’s clinic, followed by recuperation with a volunteer fosterer, before she found her forever home.

Battersea is seeing more and more French Bulldogs. In 2014, the charity took in just eight, compared to 29 so far this year. And many of them, like Piccalilli, need extensive medical help and operations to improve their capacity to breathe.

Shaun Opperman adds, “In the first half of last year, we carried out just six of these surgeries – so far this year, we’ve already done 28. This operation is not without its risks and the recovery can be uncomfortable for the dog.

“Of course, in many cases, especially with younger dogs, it ends up really paying off – Battersea will always do all we can to help the animals in our care and it’s wonderful to see when they’re able to play and run without collapsing in a heap.

“However, you can’t help feeling that if owners knew the true cost to their health this breed pays, they’d be horrified. The soaring demand for these dogs encourages unscrupulous breeding, which means generation after generation of Frenchies and other designer dogs are being born with terrible medical problems. It’s one of the biggest welfare issues that Battersea is facing. We have long campaigned for better regulations around the breeding and sale of puppies – dogs like Piccalilli are counting on us.”