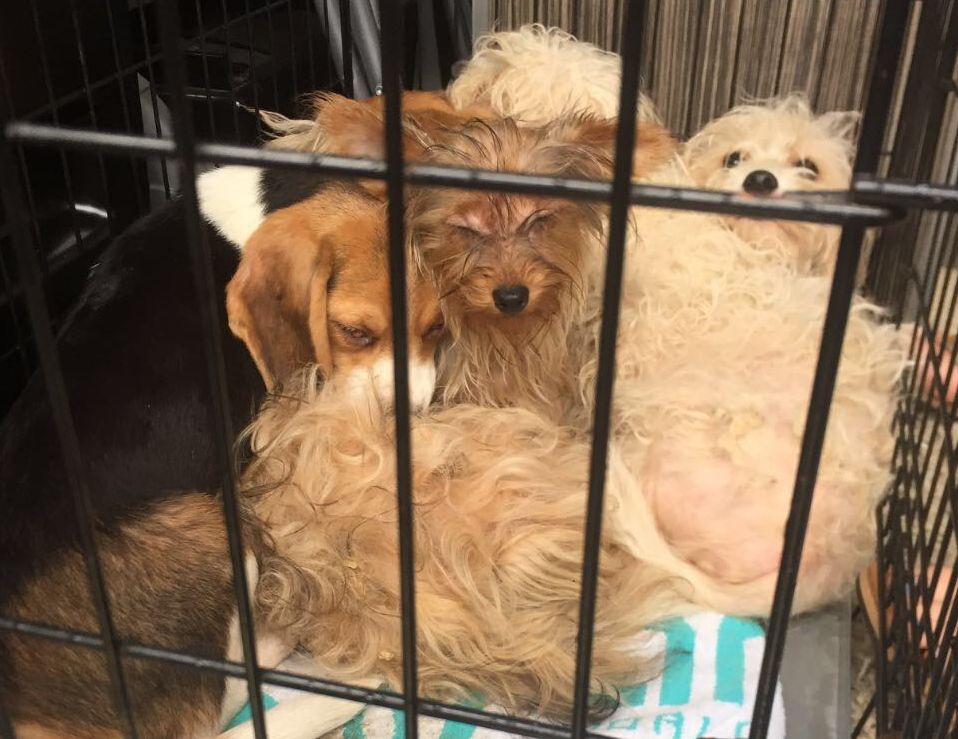 Six puppies of a variety of breeds were found abandoned in the entrance to a field in Wendover, Buckinghamshire, on the morning of Wednesday 2 August. They were spotted by a local woman who was passing by, whose quick thinking may have saved the dogs’ lives.

She said, “They were all huddled together in a corner and one puppy was yapping to raise the alarm.

“We dashed there with our crate and some water and quickly rounded them up and brought them home. They were cold and wet, underweight and all had skin problems. They had matted fur and were covered in sawdust.

“It was awful, it really opened my eyes to what’s going on out there with the breeding of puppies.”

The woman, who wishes to remain anonymous, contacted the RSPCA before taking the puppies in for veterinary treatment. They are now being cared for by fosterers from the RSPCA’s Chiltern branch.

The puppies were clearly from all different litters, and included a Beagle, a Yorkshire Terrier, a Lhasa Apso, a Puggle and two Poodle-crosses. All of the dogs are popular small breeds and designer breeds favoured by those raising litters commercially.

RSPCA inspector Lauren Bailey, who is investigating the case, said, “The dogs were absolutely petrified and were in quite a state.

“It’s strange to have a group of puppies of totally different breeds dumped together. The fact that they’re quite ‘fashionable’ breeds and crossbreeds means I suspect they may have been abandoned by an unscrupulous puppy breeder after they failed to sell.

“This is the reality of the underground puppy trade and one we are really trying to raise awareness of. If you’re buying a puppy this summer, please consider rescuing. If buying from a breeder be really, really careful before parting with your money and taking home a dog. We’d advise anyone who is buying a puppy should use our Puppy Contract which can help ensure you bring home a happy and healthy dog.”

The RSPCA is urging anyone who may know where the puppies came from to get in touch via the appeal telephone line: 0300 123 8018.