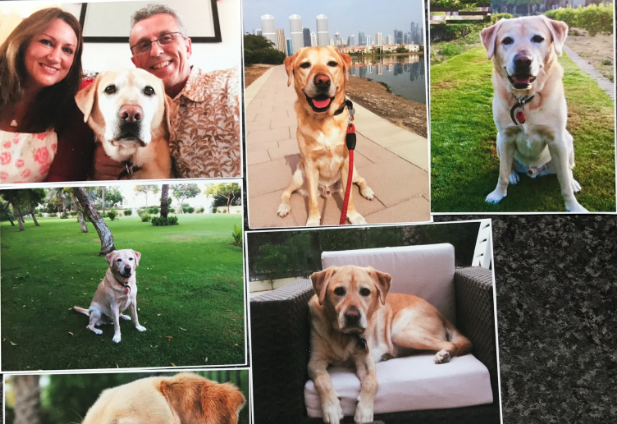 A Twitter user has shared a moving letter he received thanking his family for a puppy they sold back in 2005 when their dog, Skye, had a litter. William McNeillie uploaded a photo of the letter, which was written to his mother, on 11 July.

The letter reads, “I found your address on the Kennel Club certificate for my dog and felt compelled to write to you.

“We named him Jos and we very sadly had to put him to sleep in March this year.

“I think he has had an amazing time with us. He has travelled around the UK and moved to Dubai in 2008. We all swam in the Gulf sea together, swam in our pool together, went to pet shows and generally had a great time.

“He flew back to the UK end of 2013. A few months later he was diagnosed with kidney disease but he continued to baffle the experts with no change in his drinking habits and tests generally showed good.

“With continued medication and six monthly tests he remained the perfect dog. He held out until March this year – three years living with kidney disease – he was always a trooper.

“We are completely devastated by our loss. I never knew that losing a dog could be so painful but he was our child, our boy and he gave us so much happiness in the almost twelve years.

“He was a real character and went pretty much everywhere with us. He really was a very good boy.”

Along with the letter, the couple, Julie and Alan, enclosed a number of photographs of Jos from throughout his happy life.

They also added a request that they would like another dog from Jos’s bloodline, if possible, when they felt ready for their next family member.

The letter closes, “Thank you for producing a great puppy that turned into a fantastic and amazing dog called Jos.”

when we had pups from Skye, this couple bought one from us back in 2005.. we woke up to this letter and these pictures this morning 😭❤️ pic.twitter.com/zZAe944ZCI

The tweet sharing the story has gone viral on Twitter, with over 58,000 retweets, and provoked an emotional reaction from many other users. Rest in peace, Jos.