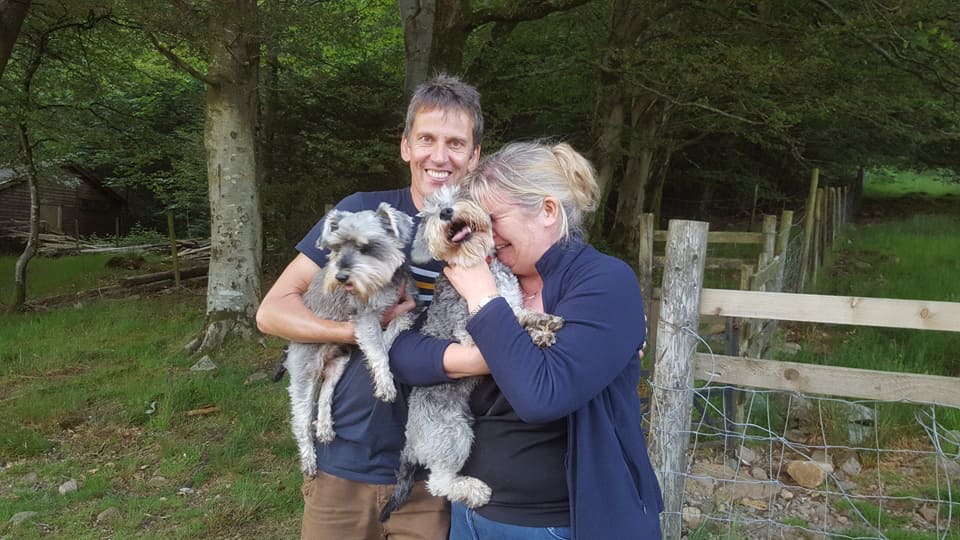 A pair of lost Schnauzers have been found and brought home after their owners cooked sausages in the spot the dogs went missing. Charlie and Theo disappeared into the fog on a hill walk in Cumbria on 16 June, leaving their owners Liz and Graham Hampson utterly devastated.

The couple searched the area for days on end, even camping out overnight and using drones to scan the land from above. A friend then suggested they cook sausages out in the open, in the hope the enticing smells would lure the Schnauzers out of their hiding place.

“Cooked Cumberland sausage smell was wafting up the wide gap in the trees,” wrote Liz on Facebook. “Finally we packed up and were chatting to a couple of dog walkers from Middlesborough about our boys when I spotted them at the top of the tree line. At which point I became a useless jibbering wreck.”

Charlie and Theo were thin and hungry, but after some delicious sausage, the pair slept off their adventure safe at home and no worse for wear.

Liz told the Telegraph, “The dogs are just gorgeous, and they are part of our family. It would be horrible not to have them around.

“They absolutely love sausages. They have them every Sunday for breakfast, so if there was one food they were going to come back for, it was sausages. One of our friends had the intuition to work out roughly where they would be and we started the barbecue there. It’s like the ending of a film that it worked.”

She added, “Charlie and Theo are actually dad and son so we’re now joking they had a father’s day weekend. And they’ve told us nothing about what happened. I guess what goes on tour, stays on tour.”