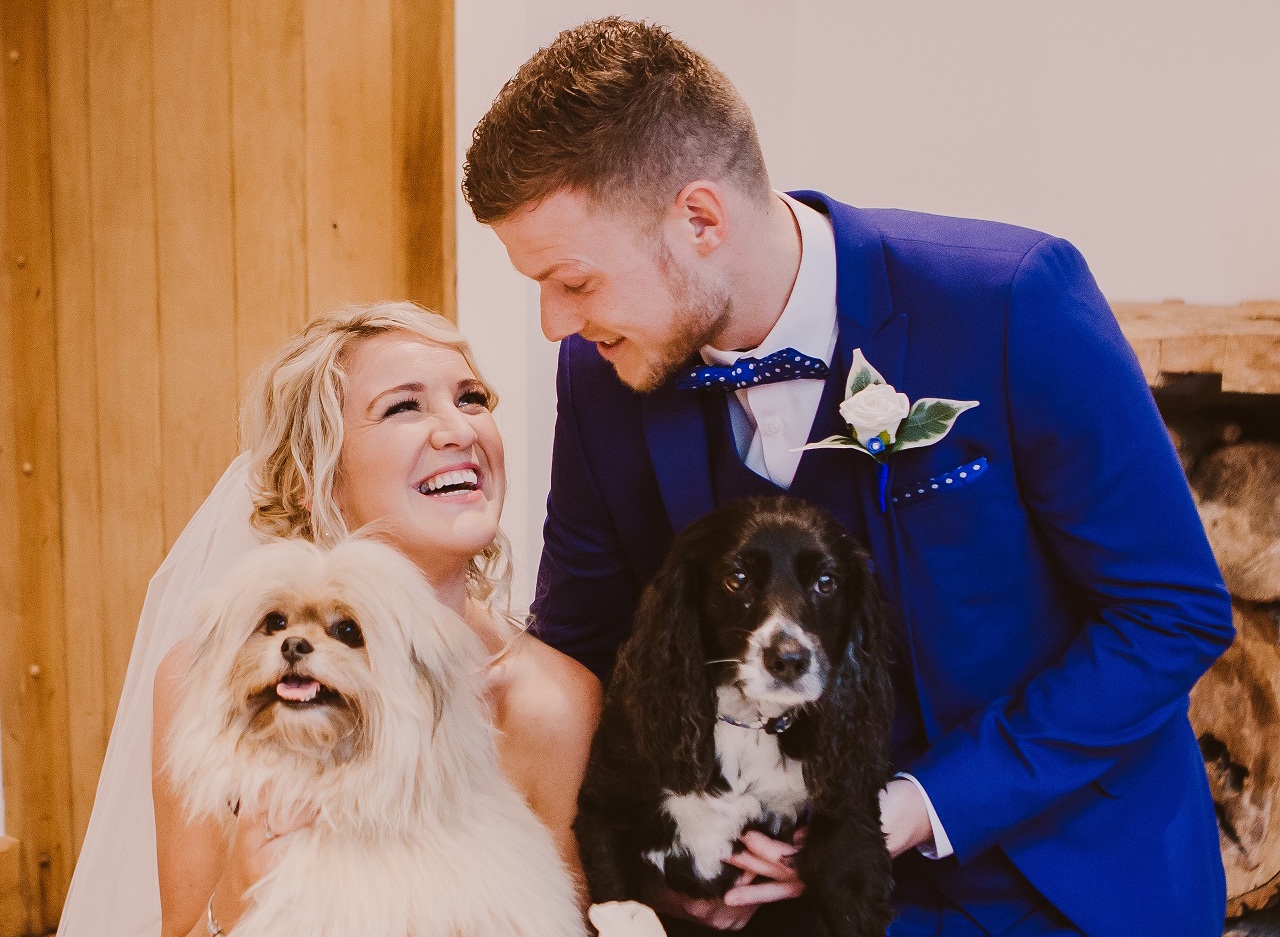 Two dog lovers have made their rescue dogs the stars of their wedding, recognising the central role they’ve had in their lives.

The bride, Kim Davies, has worked at Dogs Trust’s Bridgend centre for ten years, and during this time adopted two homeless hounds in need. Lively Cocker Spaniel Maddie was just six months old when she found her forever home with Kim in 2008, followed by Flea, a Shih Tzu cross who arrived at Dogs Trust in 2009 covered in fleas – and the name stuck!

Maddie and Flea were key in helping Kim win the heart of her future husband Jason, after the dogs accompanied the pair on their very first date – a walk on the beach! In reference to this romantic start, Kim and Jason decided to marry on a beach in Swansea; Maddie played the part of flower girl, with Flea as one of the page boys.

The happy couple even had Dogs Trust wedding favours as a way of raising some money for the charity that in many ways brought their family together.

Kim said, “The dogs are a huge part of our lives and we always wanted them to be involved in the big day. They were there for our first date and we couldn’t imagine having our big day without them by our side.

“Both dogs were fantastic on the day and joined us for the photos and a special wedding breakfast of chicken and gravy. Flea is a little poser and lapped up the attention from everyone whilst Maddie just wanted to run into the sea!

“We went to Las Vegas for our main honeymoon but we came back and went on a family-break with our little boy and of course, the dogs, to Pendine West Wales where we spent the week visiting castles, walking on the beach, building sand castles and swimming in the sea. They loved every minute of it – it was a perfect family honeymoon.”