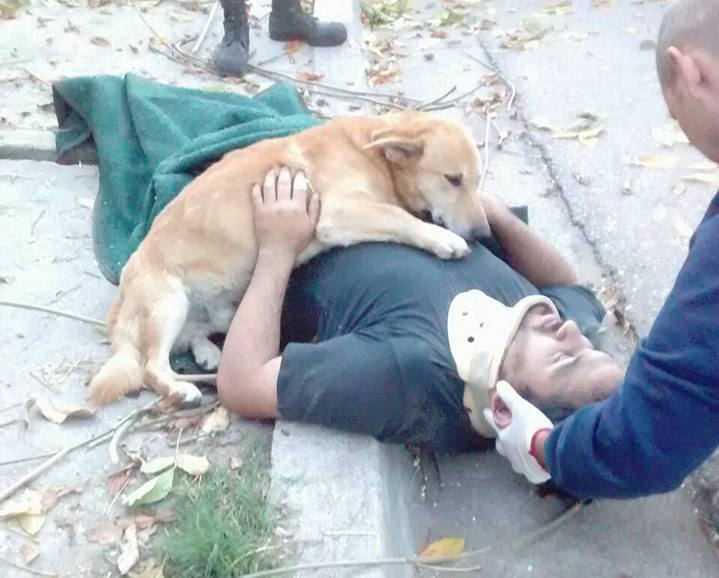 A loyal dog in Argentina who refused to leave his injured owner’s side has become a social media sensation after his pictures were posted online.

Paramedics found the dog, Tony, looking very concerned and laying on the chest of his owner Jesus Hueche, after he had sustained a bad fall while pruning a tree.

Tony even tried to climb into the ambulance, but was held back so his owner could receive treatment. Thankfully, Mr Hueche suffered only minor injuries, and was discharged the same day. Finding his dog had become famous, Mr Hueche was only too happy to chat about his best friend, whom he had rescued from life as a stray.

“He goes everywhere with me and lies in my bed until my wife kicks him out,” Mr Hueche told La Brujula 24, an Argentinian radio station.

“One day we saw him on the street and adopted him, gave him love, food and is part of our family. For me he’s like a son.”