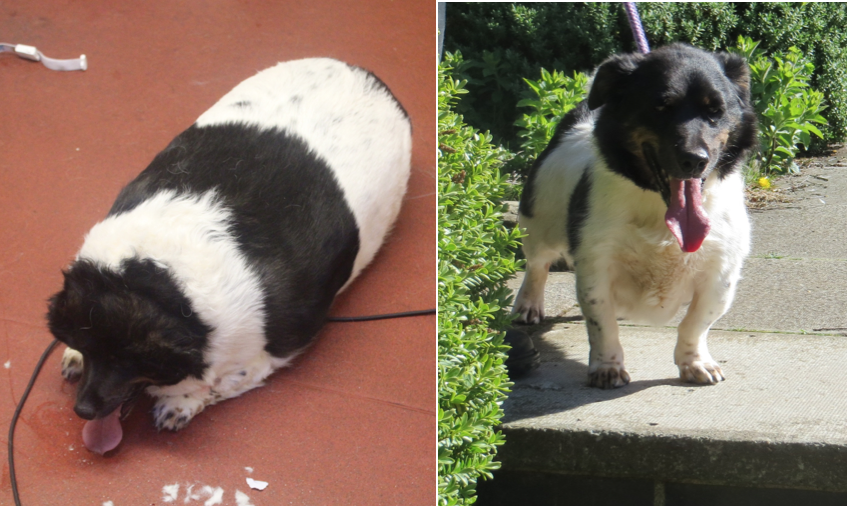 A dog so overweight he resembled a blubbery beached seal has lost well over half his body weight, having been taken away from his owner into the specialist care of the Scottish SPCA.

Tyko, a Corgi cross, was in such bad shape he could only walk a few steps before becoming breathless and collapsing, the result of unhealthy lifestyle involving regular overfeeding and little to no exercise.

Denise Leith, Tyko’s former owner, pleading guilty to failing to provide treatment for her dog. She was admonished at Selkirk Sheriff Court after her year-long period of deferred sentence.

Now Tyko is looking for a new home, with dedicated owners committed to maintaining his trim figure.

Centre manager Diane Aitchison said, “Tyko has lost 37kg after coming into our care weighing a massive 49.5kg. He’ll need medication for the rest of his life as he has a thyroid problem but he doesn’t let it affect him!

“He’s now looking for an active forever home to keep his fitness up. He loves chasing a ball, but he’s not so keen to give it back!

“We feel he would be best suited to an adult only home without any other dogs or cats.