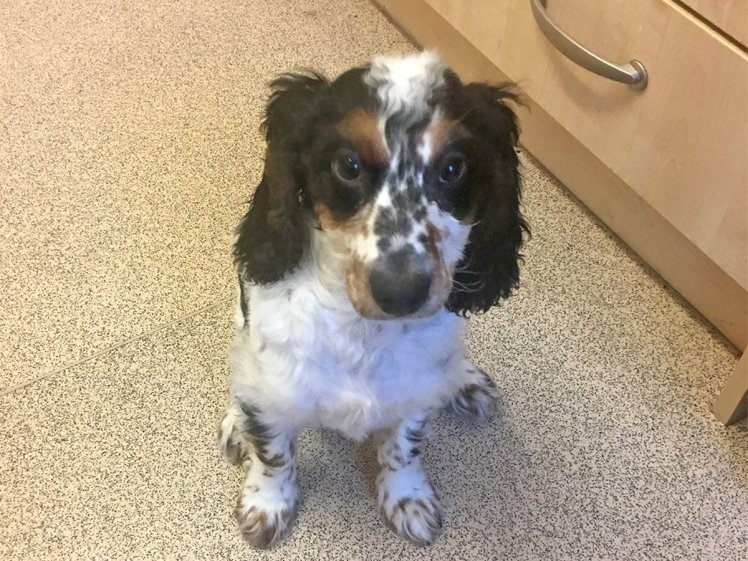 A seven-month-old Cockapoo puppy named Benji has died after he was drowned in a bath tub by burglars ransacking his Norfolk home.

On Wednesday 5 April, Beni’s owner, Susan Walker, returned to her house in Great Yarmouth to find a laptop, computer, iPad and medication missing. Afraid, she called her partner Mark Phillips, and her brother to come over. The puppy was then discovered in the bathroom, still in the water.

Mr Phillips told the BBC he had been “in hysterics” when he found Benji in the bath.

“Steal the dog, take him – but to do what they did was barbaric,” Mr Phillips said. “They’d have to be sick, or twisted, or both, to do that.

“We only got Benji last year, and he was such a loveable dog. Things around our house remind us of him. I want to remember him as he was and not seeing him in the bath. That’s still in my head.”

Such is the horrendous nature of this crime, Ms Walker is reportedly keeping what happened to Benji from her two young children.

Detective Sergeant Richard Wallis said in a statement, “This is particularly cruel crime and I would urge anyone who may have seen any suspicious behaviour in the area at around the time of the burglary to come forward.”

The incident occurred in Cobholm Close in Gorleston, between 3.50 and 5.30pm.