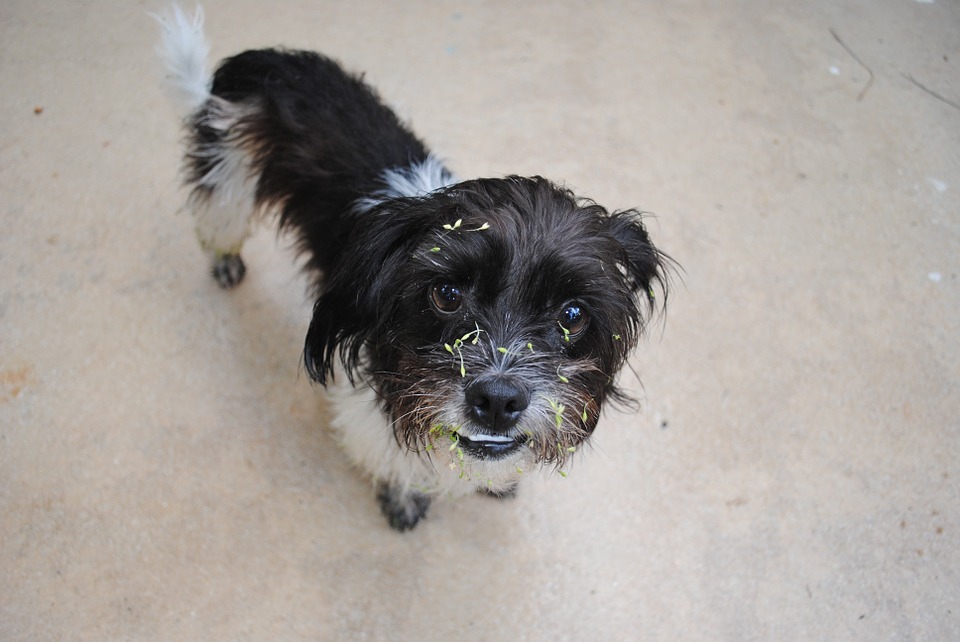 The microchipping law for Britain is now one year old – from 6 April, 2016, it became law for all dogs to be microchipped and the chip to be kept up-to-date with the correct details of the current owner.

But is it a birthday worth celebrating? Many of Britain’s top animal welfare charities pushed for the legislation – but some now say the impact hasn’t been great enough, and isn’t protecting stray dogs as it should…

Across its three sites, Battersea took in 934 stray dogs in the year since the law was introduced, and only 480 were found to be microchipped. Battersea notes this proportion is “a rise of almost ten per cent year-on-year from April 2015 but still not enough.”

Among this intake was Pandora, this nine-month-old Staffie puppy with no chip – so no identity, and no clue about her past or where she came from. With no way of knowing if her owners are out there, she’s looking for new ones – who care enough about her to chip her correctly!

Whilst the RSPCA still backs compulsory microchipping, the charity believes we should be going further and introducing even stronger legislation.

RSPCA dog welfare expert Sam Gaines said in a statement, “Compulsory microchipping was a move welcomed by the RSPCA ensuring lost, stolen or missing dogs can be reunited with their rightful owners more quickly which is obviously wonderful news.

“However, there are issues around people keeping their details updated and unfortunately, we are finding animals coming to our attention which are not microchipped. In some cases these are animals which have been abandoned but in others, owners are generally treating their dogs badly and microchipping hasn’t been considered. It is also possible that, due to issues around enforcement, some people believe that the likelihood of getting caught is very low so don’t get them chipped.

She continued, “There are also many issues which compulsory microchipping does not address and that is one reason why the RSPCA maintains its view that dog licensing is the right way to go.

“A dog licensing scheme has the potential to generate money that could be used to help improve dog welfare and tackle the issues around irresponsible dog ownership.

“We have long called for a joined up strategy to manage social and animal problems associated with dog ownership, underpinned and funded by a new dog licence scheme. This would mean that dog owners would contribute to costs derived from dogs, funds which are currently lacking from central and local Government. It could fund resources for a whole host of issues including dog health and welfare, antisocial behaviour involving dogs, dog bite incidents, stray dogs, population issues and risks to human health.”

The RSPCA cites the Responsible Pet Ownership Bylaw in Calgary, Canada, as a positive example. It requires licensing of all dogs and cats and uses the revenue generated to fund educational programs.

Whilst the charity investigates its figures for the last year, Becky Thwaites, head of public affairs at Blue Cross, told us, “The impact of compulsory microchipping has been positive in terms of increasing the number of stray reunifications but also in terms of encouraging responsible dog ownership.

“Whilst we know the vast majority of dog owners have chipped their animals, it is vital that we continue to work hard to reach the small percentage that haven’t yet chipped their dogs and also to ensure that the details on the database are kept up to date.”

The charity recognises the law’s successes – the number of stray dogs is at its lowest level since Dogs Trust’s survey records began in 1997, and Defra statistics show that 95% of UK dogs are now microchipped. Dogs Trust is now using the anniversary to urge the half a million estimated dog owners who are ignoring the law to get their dogs chipped.

The charity is also issuing a fresh warning to breeders. As puppies must be microchipped at eight weeks old – the minimum age they should be leaving mum – they should be chipped to their breeder, with the new owner then updating the contact details after purchase. This ensures traceability, helping to prevent poor breeding and sales practices.

Soon it will actually be illegal to sell a puppy under eight weeks old, which should make it harder for breeders to get away with not chipping.

In the last year, local councils issued 2,751 enforcement notices to owners flouting the law. According to Dogs Trust, this included 1,464 for dogs that weren’t chipped and 1,287 for owners whose details weren’t registered on the microchip database correctly. The average fine issued to dog owners was £340 – the maximum penalty being £500.