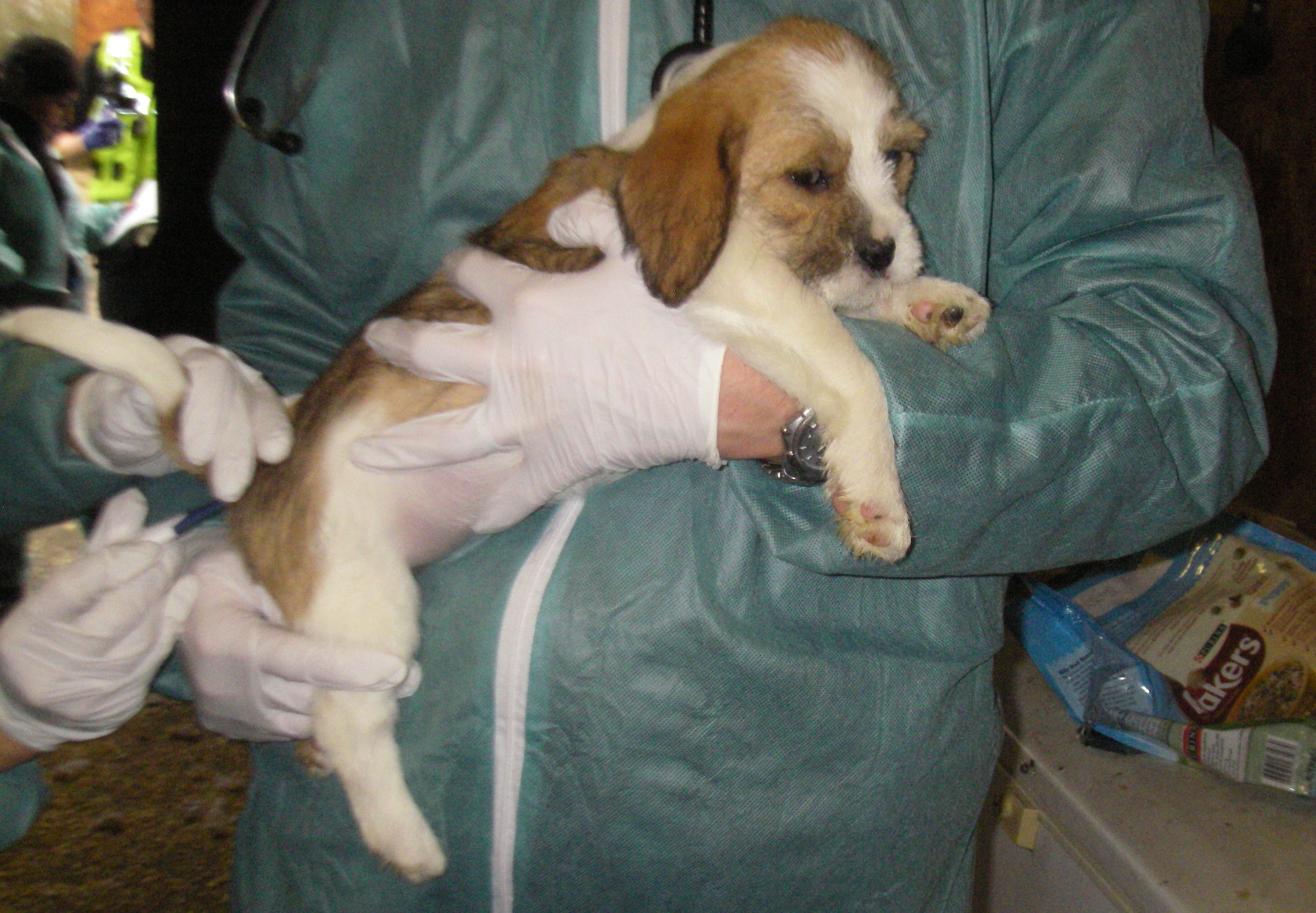 A Hertfordshire woman involved in a horrific puppy breeding operation has been sentenced following a 16-month investigation by the RSPCA.

Louise St John Poulton was spared jail; instead, she was given a 22-week sentence, suspended for 12 months, after pleading guilty to a number of offences related to the dogs in her care. She has also been banned from keeping dogs for life and ordered to pay £15,000 in costs. Her partner, Sean Kerr, was jailed for six months last year.

The pair were bought to the attention of the RSPCA and the police after heartbroken owners reported buying sick and dying puppies from them.

“Not only did the new owners have to cover hefty vet bills but they also had to deal with the trauma and heartbreak of watching their new puppies die in front of their eyes.”

On 22 December 2015, the RSPCA and police executed a warrant and raided a property in Solihull.

“The dogs were being kept in disgusting conditions and were absolutely terrified,” inspector Boal said.

“Some were being kept locked in rooms inside the house, including a frightened pregnant Shih Tzu who was being kept in a cold downstairs loo. And four dogs – three of which were pregnant – had been locked in an outbuilding in total darkness, there was no light or ventilation whatsoever. In fact, we didn’t even realise they were there until a few hours into our search of the property.

“All of the dogs were petrified. The minute you touched them they froze from fear.”

In all, 37 dogs and puppies were taken and a further 27 puppies were born into the care of the RSPCA. But for some, it was too late. Perhaps the saddest discovery for inspectors was the dead body of a Shih Tzu puppy, which had been left in the footwell of a van, wrapped in a plastic bag.

Tom Mather become one of these puppy farmers’ many victims. Following the deaths of his beloved Westies, Tom set out to find two new puppies to fill the new gaping void in his life.

“I’d bought dogs online before without any problems, I thought that was the norm and I didn’t know any different,” Tom explained.

“I found an ad, called the breeder and spoke to ‘Jane’. When I went to the farmhouse they told me it was a family dog who had had a litter.”

The Westie puppies were advertised at £450 each, although Tom was given a reduced rate for buying a pair. That day, Tom took Ben and Max home to Warwickshire, and all seemed well. However, the next day it became clear that something was very wrong with Tom’s new dogs.

“[They] were very small and the alarm bells started ringing after the first day – they weren’t typical puppies, they weren’t active, playful or alert.

“I took them to the vets and they were worried about their skin and weight. Max weighed less than 1kg and Ben was only 1.4kg – they couldn’t give them their vaccinations because they were too small.

“They kept being sick, they both lost weight and couldn’t keep anything down. They were literally just skin and bone.”

Max and Ben were diagnosed with parvovirus, and were put to sleep just five days after Tom purchased them.

“It was horrible because I couldn’t do anything for them,” Tom said. “We didn’t want to put two tiny puppies through the stress and trauma of any more suffering. I said my goodbyes to them and that was it. I was in absolute bits.”

Out of the ashes

Tom reported what had happened, and followed the RSPCA’s case against the puppy farmers. After the raid, Tom offered to foster two of the puppies born into the RSPCA’s care – and went on to adopt George, a Shih Tzu- Poddle cross, and Archie, a Jack Russell-Border Terrier cross, permanently. Out of such tragedy and trauma, there was healing.