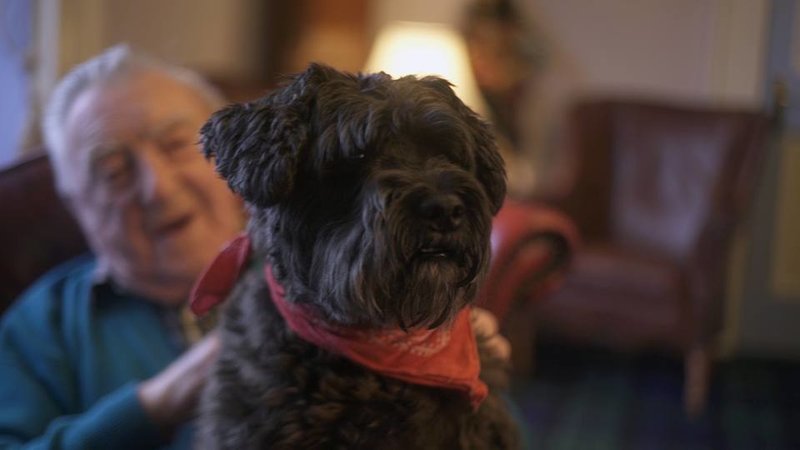 Rallies are to be held this Sunday at the SNP Headquarters and at the House of Commons in Westminster to protest the Mead Medical Services and Burnout Hall management. The latter took the decision to put forward a formal notice against a pensioner  called Bob last week: Bob’s pet dog Darkie must be permanently removed from Burnout Hall by Valentine’s Day, or else Bob will be evicted on the 19th April.

Bob, a family friend of Tracey Streit – who set up the petition – moved into the Burnout Hall care home in Ecclefechan with his wife and his Schnauzer Darkie nearly four years ago, with the agreement that the dog would stay as part of the family.

Bob’s partner became terminally ill and sadly passed away two years ago and Bob, who is now 87 and has to undergo dialysis three times a week, is kept free and alive by Darkie, who is very popular with the residents as well as being incredibly loyal to his owner.

Bob has since been told that Darkie must leave the home, as new management say he is causing trouble. In addition, the care home is introducing a ‘no pets’ policy. The news has left Bob heartbroken, and he will be forced to find a new home if he cannot keep his four-legged companion with him.