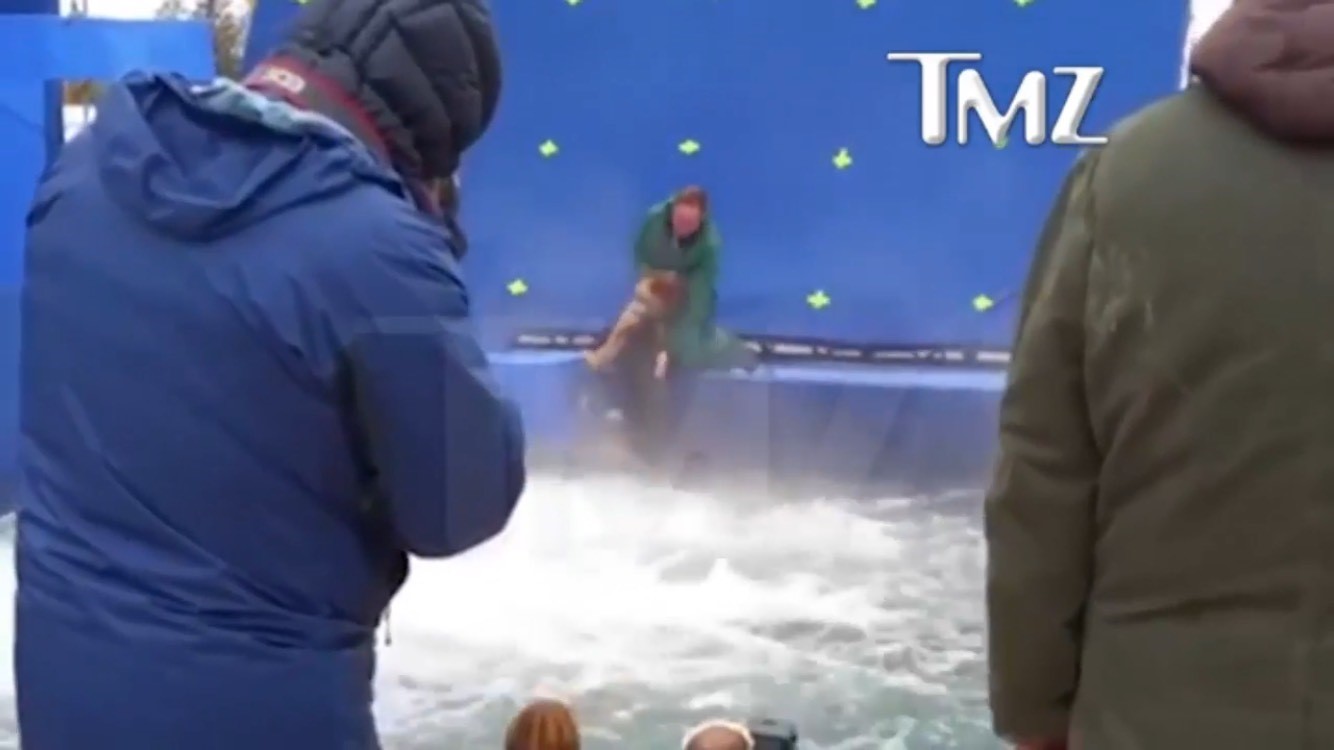 PETA has called for a boycott on the upcoming film A Dog’s Purpose after TMZ posted shocking footage from the set, which has resulted in the premiere, scheduled for this coming weekend, being suspended. The clip, which has now been viewed over four million times on YouTube, shows a frightened German Shepherd desperately resisting crew members’ attempts to force the animal into rushing water. The film is an adaptation of the 2010 novel of the same name by W. Bruce Cameron, and is meant to honour the unique relationship between man and dog.

Shot in Winnipeg in the province of Manitoba, Canada, the video footage depicts a dog by the name of Hercules being pushed and pulled into rushing water, clearly against the animal’s will, with voices heard saying, “Well he ain’t going to calm down until he goes in the water. Just got to throw him in!”. The second part shows poor Hercules almost completely submerged in the water, whilst people shout and rush towards the dog to keep him from drowning.

The German Shepherd seen in the video is one of at least five dogs used in the production. Directed by Lasse Hallstrom, the film is a tribute to the human-canine connection, as one dog – by the name of Bailey – is reincarnated through different breeds.

PETA have led the discussion to boycott the film saying, “The apparent on-set incident, which is hard to watch, may come as an unwelcome surprise to unsuspecting moviegoers who care about dogs — especially given the title of the film, based on the hit book of the same name.

“But to those who know the chronic neglect uncovered at a facility operated by Birds & Animals Unlimited (BAU)—the company that, according to a facility manager, supplied the dogs used in the film—this incident is just another drop in a very saddening bucket.”

TMZ later reported that a member of the American Humane Association, who was on set at the time of the incident and thus responsible for the safety of animal actors, has since been suspended; though Amblin Pictures and Universal responded stating, “While we continue to review the circumstances shown in the edited footage, Amblin is confident that great care and concern was shown for the German Shepherd Hercules, as well as for all of the other dogs featured throughout the production of the film.”

Both Hallstrom and actor Josh Gad have since responded, with the former commenting, “We were all committed to providing a loving and safe environment for all the animals in the film. I have been promised that a thorough investigation into this situation is underway and that any wrongdoing will be reported and punished.”

See the full clip below:

Images courtesy of PETA and TMZ.