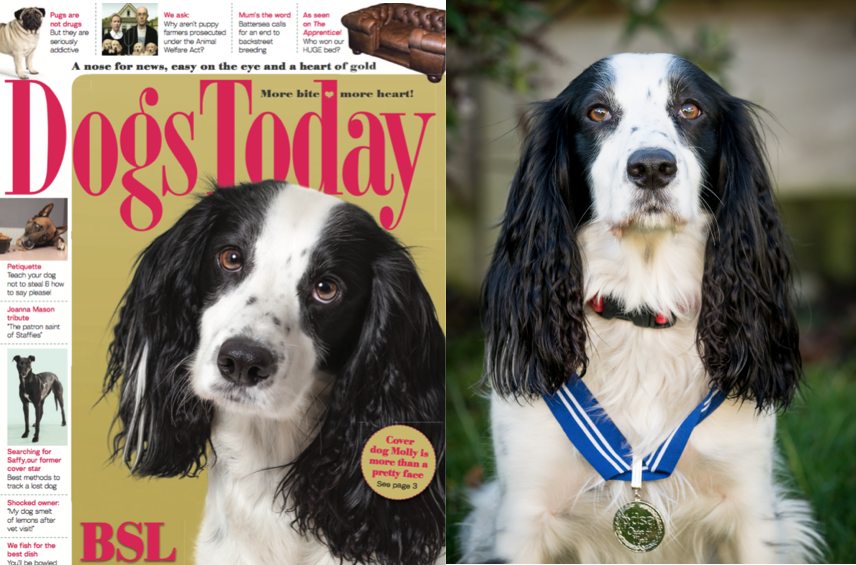 The perfect combination of cleverness and loyalty makes Molly the ideal assistance dog to her owner Lucy Watts MBE, and now she has been recognised for this incredible devotion at one of the highest levels. Molly has just been awarded the PDSA Order of Merit, which is the animal equivalent of an OBE. Only 14 animals, including four dogs, have received this honour since its inception in 2014.

Words cannot fully describe the ways in which this three-year-old Cocker Spaniel has helped Lucy, who suffers from Ehlers-Danlos Syndrome and various other complications. These health conditions can leave the 23-year-old withdrawn and unhappy, as they confine her to a wheelchair. Ignored in public, the introduction of lively puppy Molly soon changed the public’s perception of Lucy, making her more visible, and led her to feel included in society once again.

When Molly was ten-months-old, Dog Assistance In Disability (Dog A.I.D) stepped in to get Molly certified as a legally recognised assistance dog, as her everyday skills in helping Lucy became ever clearer. Clever Molly supports Lucy throughout her daily tasks, from fetching items, opening doors and even undoing shoelaces.

Molly can also sense when Lucy is sick, licking her hands and arms to warn her owner that her temperature is spiking dangerously, or her blood pressure is dropping and she’s on the verge of collapse.

Lucy said, “Molly is the best companion I could ask for. She seems to instinctively know if I’m in pain or not. She never tries to jump up for a cuddle if I’m uncomfortable.”

“I’m absolutely thrilled she has been awarded the PDSA Order of Merit. She was never intended as an assistance dog but her devotion to me and her training has never wavered. I would be lost without her.”

Dogs Today is thrilled for the pair. After Lucy was recognised on the 2016 New Years Honours list for her devotion to charity and outreach work, it seems only natural that her four-legged best friend and unwavering support should be recognised too.

Lucy told us for our March issue last year, “Molly is my reason for being… Her assisting me means I don’t have to rely on other people and I feel less of a burden because Molly loves to help.

“She makes me smile every day, and she keeps me going because she needs me as much as I need her.”

Find out more about PDSA’s Animal Awards Programme here, and about Dog A.I.D, the charity which trained Molly, here.