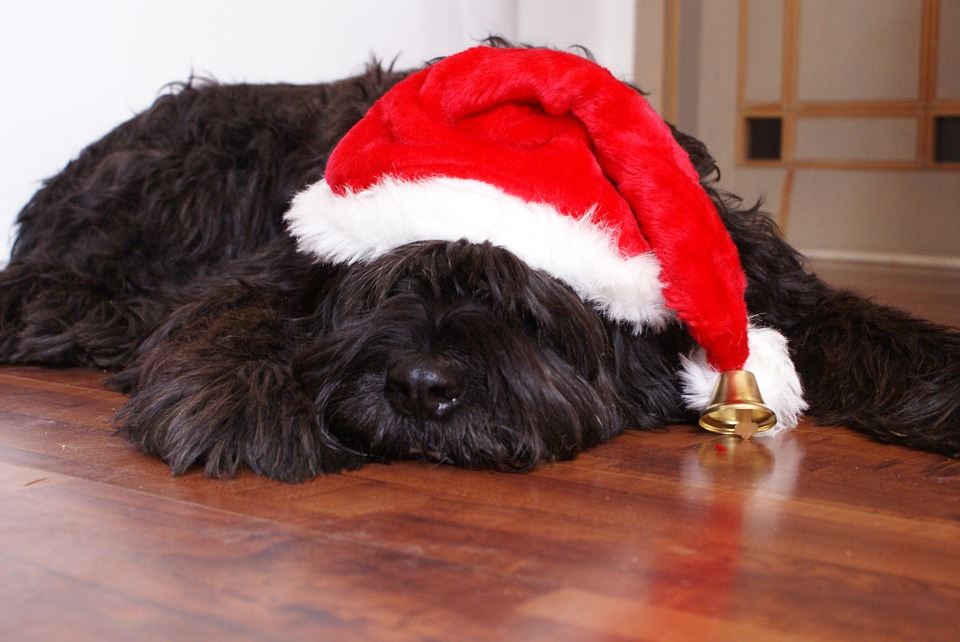 Asda Money has released its strangest and most expensive cases of pet poisoning over the festive season, as a reminder to keep dogs and cats away from human Christmas treats. A huge number of our seasonal specialities contain ingredients that are poisonous to pets, and with the distractions of attending family, Christmas television, and a drink or three, it’s unsurprising that unsuitable foods are often swiped from sideboards at this time of year.

The most expensive claim Adsa Money has reported was for a pair of thieves: Boris the Golden Retriever and Misty the crossbreed, who together managed to find and devour a whole box of mince pies. Mince pies of course contain dried vine fruits, which are incredibly toxic to dogs even in small quantities. So it was fluid therapy and 24 hours in a vet clinic for Boris and Misty – and a £613.44 bill for their owners. Mingo the Border Collie, Bruno the Vizsla and another Boris, a crossbreed, also teamed up for a festive feast, with all three gorging on the leftover Christmas cake, another common source of vine fruit poisoning. Suzy the Lhasa Apso was another cake fiend, and spent her Boxing Day hospitalised. Both cases ran into the hundreds of pounds.

But raisins weren’t the only culprits; Tia the crossbreed stole her owner’s leek and onion pie, and onions are poisonous for dogs. Medicine to settle Tia’s stomach, and a £95 call out charge for an out-of-hours consultation, sent the vet bill to well over £100.

Other seasonal dangers for dogs include chocolate, alcohol, grapes on the cheeseboard, and poultry bones, which can cause choking or splinter horribly. Thankfully all the dogs in the cases mentioned here went on to make full recoveries, but some of them were very close. Keep human food well out of the way this Christmas – your dog, and your wallet, will thank you.