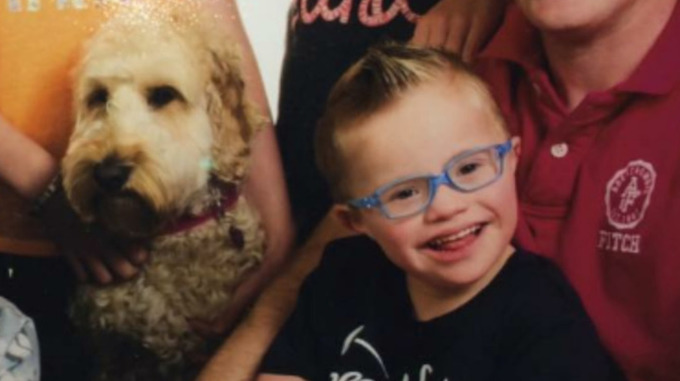 A five-year-old boy has suffered burns and bruising after becoming trapped in his family’s tumble dryer, but was saved from more serious injuries thanks to his dog raising the alarm.

Riley Gedge-Duffy got stuck in the appliance on Sunday afternoon, while he was playing and climbed in and shut the door. The tumble dryer then turned on automatically. Teddy the Cockapoo could sense Riley’s distress and barked for help, alerting Riley’s mother, who was upstairs. Riley’s father, Aaron Duffy, spoke out about the incident, thanking the ambulance team who responded, and the staff at Ulster hospital who treated Riley.

“The dog alerted my wife that something was up,” he said. “It’s actually the second time the dog has alerted us in the last few months. The dog made us aware of an iPhone charger that was actually catching on fire.”

Teddy now has a new tag for his collar, which reads ‘Super Teddy’ – well-deserved!