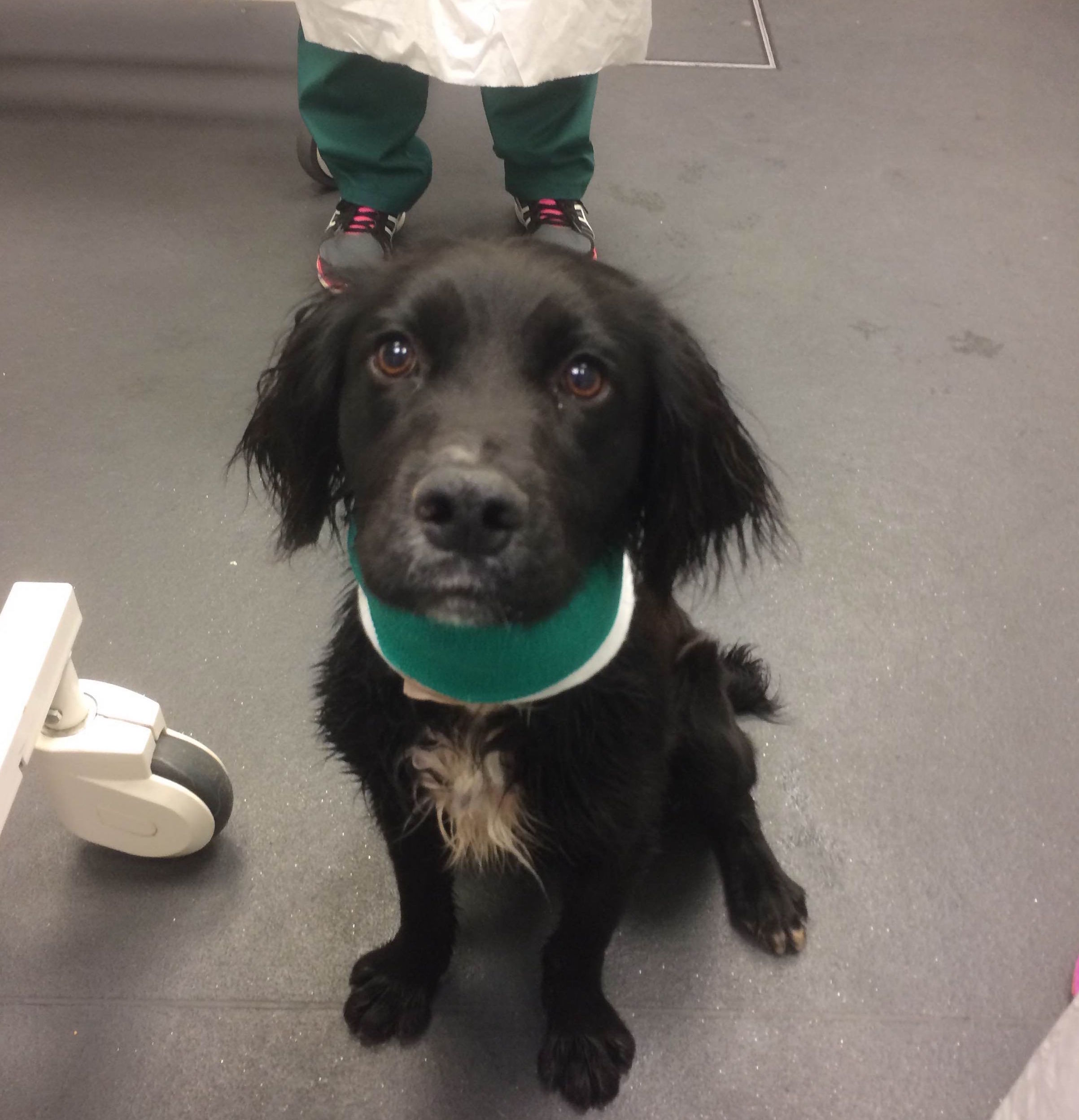 A Cocker Spaniel puppy came into the care of the RSPCA this past weekend, having been found on the streets with a huge gaping wound in his neck.

The dog, now named Guinness for his black and white colouring, was found collapsed in a lane in Grays, Essex, on Sunday (23 October). He was rushed to the RSPCA’s Harmsworth Hospital in London for immediate treatment.

Inspector Joe White said, “Poor Guinness was in such a bad way when we picked him up. He had a huge open and infected wound on his neck. It looks as though he had been left with a collar on that was far too small for him and it had gradually cut in to his neck.

“I could not believe it – it was one of the worst wounds I have seen in my whole time as an RSPCA inspector. It is so deep and looks extremely painful. I have seen some awful things but this one really hit me.

“At least he is in the best place now and in safe hands getting the treatment that he needs.

“How anyone could neglect this poor puppy in this way and ignore such an awful wound that so obviously needed treatment is just beyond me. He is only around eight months old and so friendly and full of love despite everything he has been through. He didn’t even whimper when vets were treating him.

“At the moment we are trying to find his owner. He has a chip but the details are not up to date. On his chip he is simply known as ‘Puppy Number 2’. It is so very sad.”

In the meantime, Guinness is in the best possible hands.

Anyone with information about what happened to Guinness is being urged to contact the Inspector Appeal Line on 0300 123 8018.

To help the RSPCA to continue rescuing, rehabilitating and rehoming animals in desperate need of care, and to support the winter Love Animals, Hate Cruelty campaign, please visit: https://www.rspca.org.uk/wintercampaign