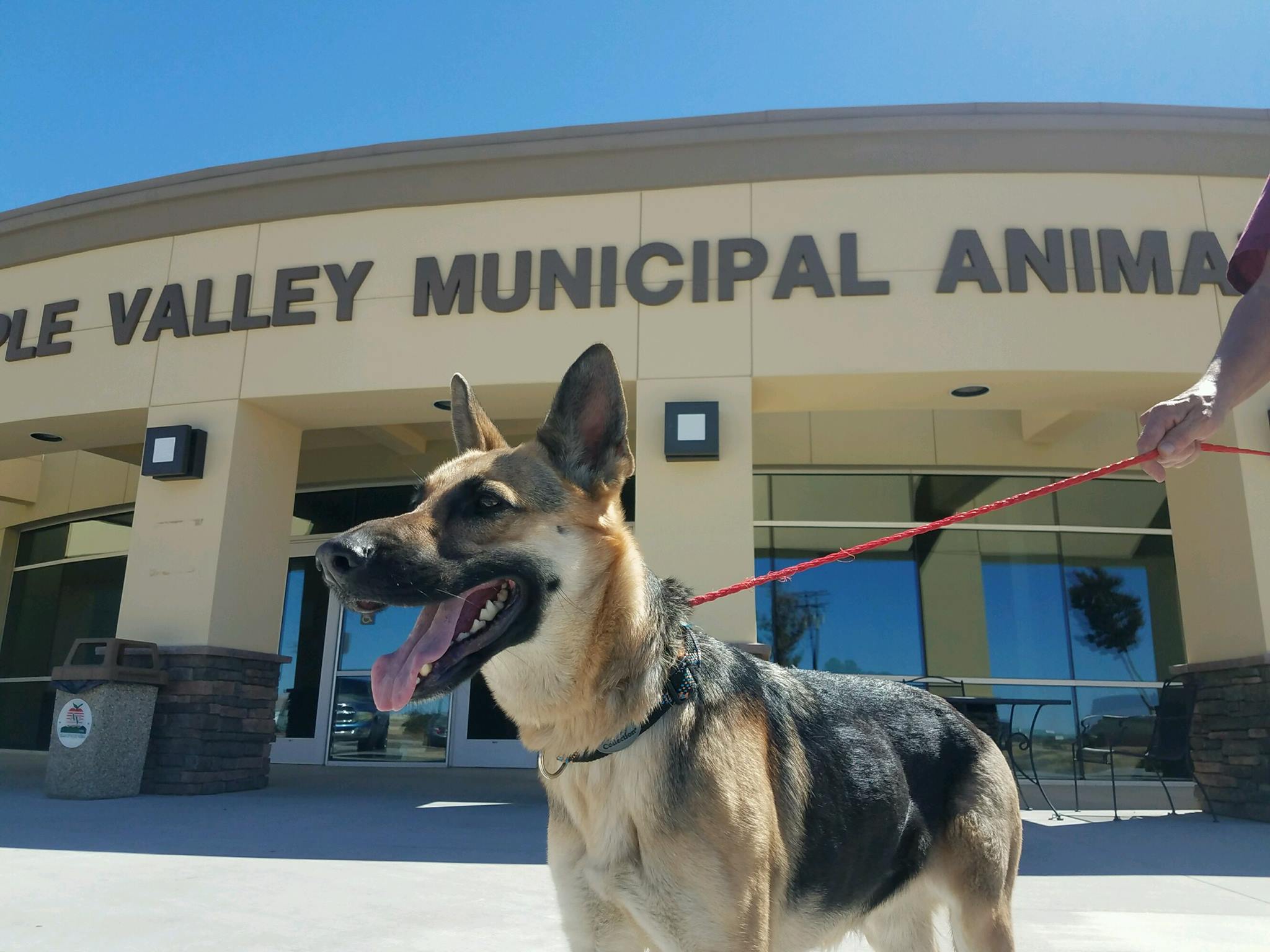 Ginger the German Shepherd didn’t take too kindly to being left at Apple Valley Animal Shelter, in California, when her owner was made homeless. In a bid to be reunited with her beloved human, Ginger scaled the walls of her kennel and opened three different doors, setting off intruder alarms, before running off into the open. Ginger was found roaming a few days later, three miles from the shelter. She has been returned there, in the hope that she won’t stay too long and someone will be willing to offer the homesick hound a permanent place to live. With news of her brief but daring escape spreading rapidly, shelter staff are confident someone will fall in love with Ginger’s utterly devoted personality, and agility!

In fact, the shelter has already been inundated with enquiries, so Ginger will have someone new to love very soon.