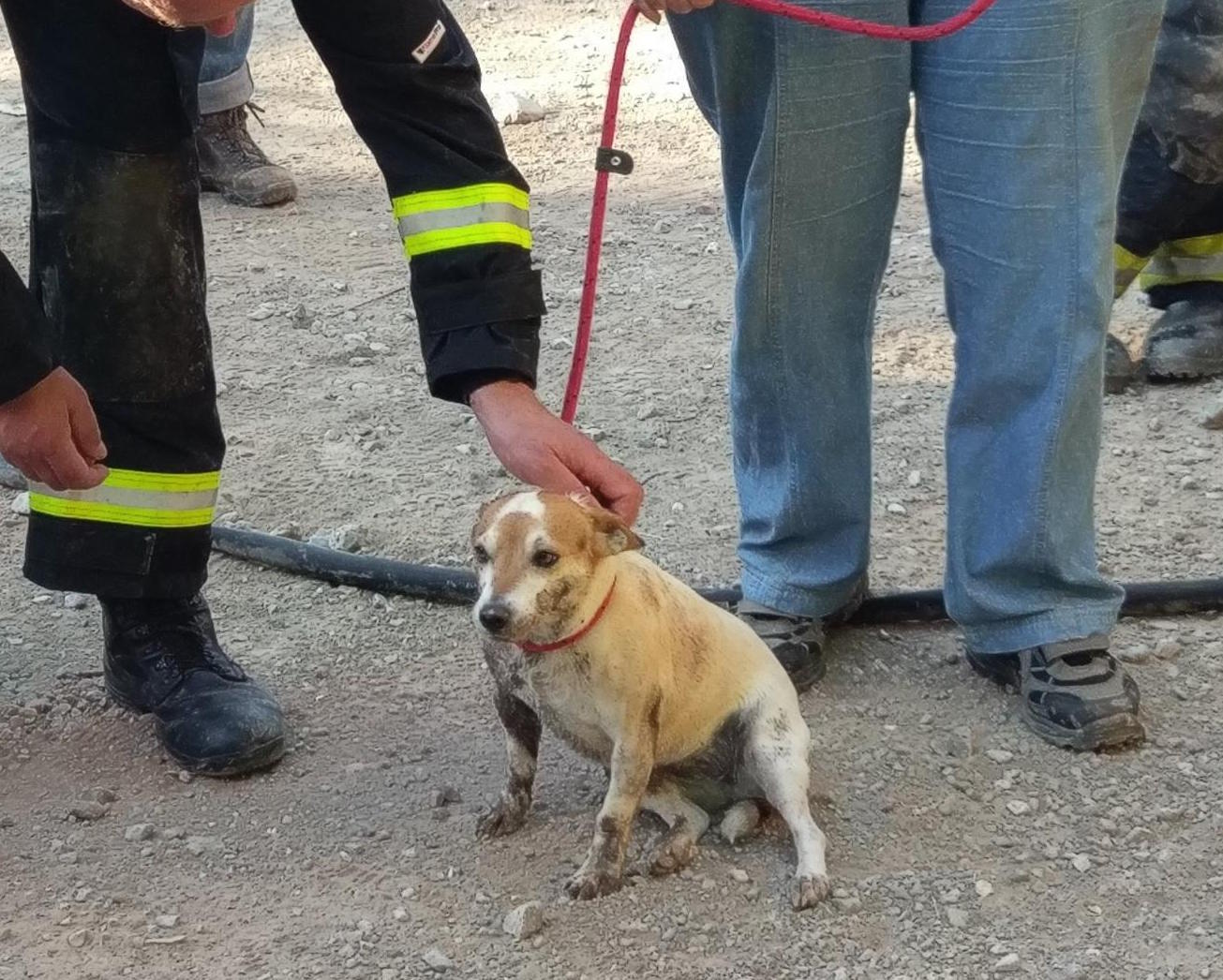 Lilly the Jack Russell made a grave mistake last Sunday, following a rabbit down a mud-filled drainpipe in Easton, Somerset. The four-year-old terrier didn’t consider she might be a bit portlier that the pest she was chasing, and swiftly became stuck six metres into her escapade.

Lilly’s owner, Fiona Withers, tried desperately to free her dog herself, but after a fruitless two hours she felt she had little choice but to call out the fire brigade.

“I could hear her barking. I tried getting her out, digging around, but I just couldn’t get to her,” Ms Withers told the BBC. “It was quite embarrassing having three fire tenders turn up.”

Crews from Wells, Glastonbury and Yeovil fire stations were all involved. They first tried to clear the pipe of debris to free Lilly, but were unsuccessful, and resorted to digging out and cutting open the pipe.

Lilly was sedated and safely removed. She was unhurt, and is now recovering at home.

Chicken wire has now been placed over both ends of the pipe to prevent further incidents.