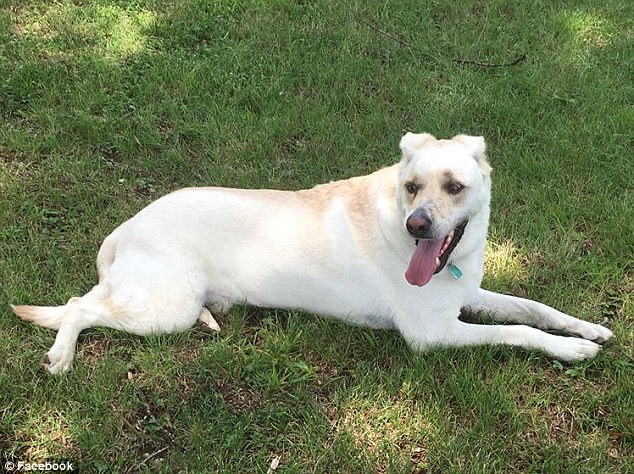 A Labrador-cross is on the mend after impaling himself on his owner’s wrought iron fence, as he tried to escape the front garden to chase some birds.

The dog, named Wilbur, was discovered in this painful predicament when his owner Mary Anne Dixon Hubbard returned to her home in North Carolina.

“He’s never tried to jump this big of a fence or even attempted it,” she told the local news station, WBTV.

“We think there was a bench too close that he might have jumped on but then he didn’t make it and was impaled – the fence post went all the way through.”

Wilbur was freed by firefighters, and remained remarkably calm as they used power tools to free him. With a spike still in his rump, Wilbur was taken to the vet’s, where it was determined the damage was fairly minimal, as the metal had missing his spine and vital arteries and organs. He is expected to make a full recovery!