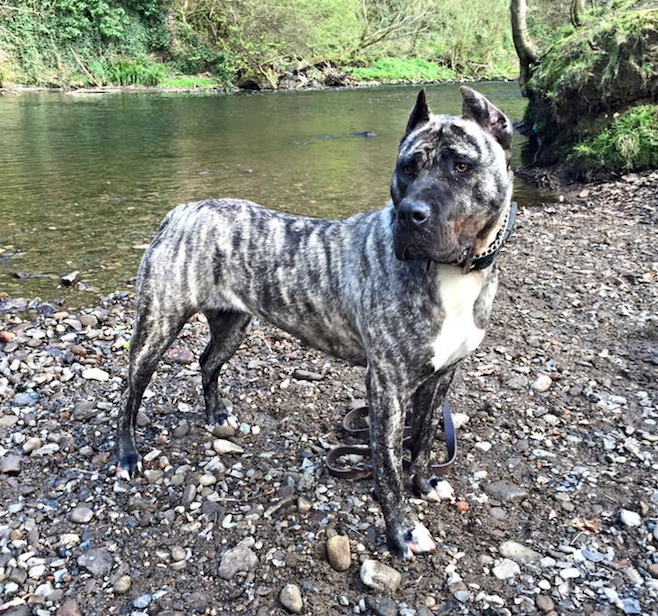 Troya, a two-year-old Presa Canario, was stolen from her kennel outside her home in Stockport on Christmas Eve 2015. Her owner Antony Taylor was devastated and searched for her endlessly. But it was no use: Troya’s lifeless body was discovered three weeks after her disappearance, floating in a canal. The dog had been hung with washing line, and had an Aldi carrier bag over her head, secured with curtain wire.

Now, following outrage at her murder and Facebook group with over 13,000 supporters, Crimewatch agreed to run an appeal for Troya – the first time the BBC television show has investigated the death of a canine victim. Her segment on the show included a reconstruction of the night she went missing. It is hoped that Troya’s unique appearance, as a rare-breed import from Tenerife, will help someone remember something about her whereabouts in the days following her abduction.

Anthony told Crimewatch, “Everybody loved Troya, everybody. She was part of the family.”

“I just want to know the reasons why,” he added. “She was such a nice dog and didn’t have any problems with anybody.”