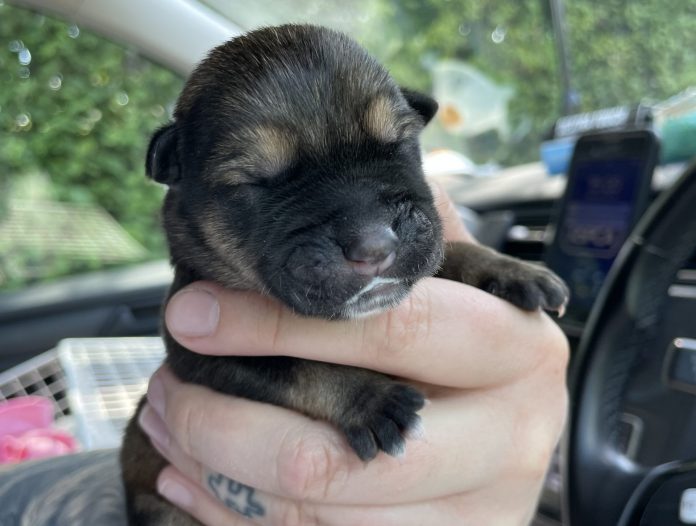 The RSPCA is investigating after a litter of 11 newborn puppies was found inside a bin bag in a wooded area off Heath Lane, Huddersfield, on Monday 20 June. The pups, who’d been born just hours earlier, were found by members of the public.

RSPCA deputy chief inspector Sara Jordan, who is now investigating, said, “It’s so lucky that there were people passing who went to look inside this bag because the puppies were only hours old and were extremely vulnerable.” 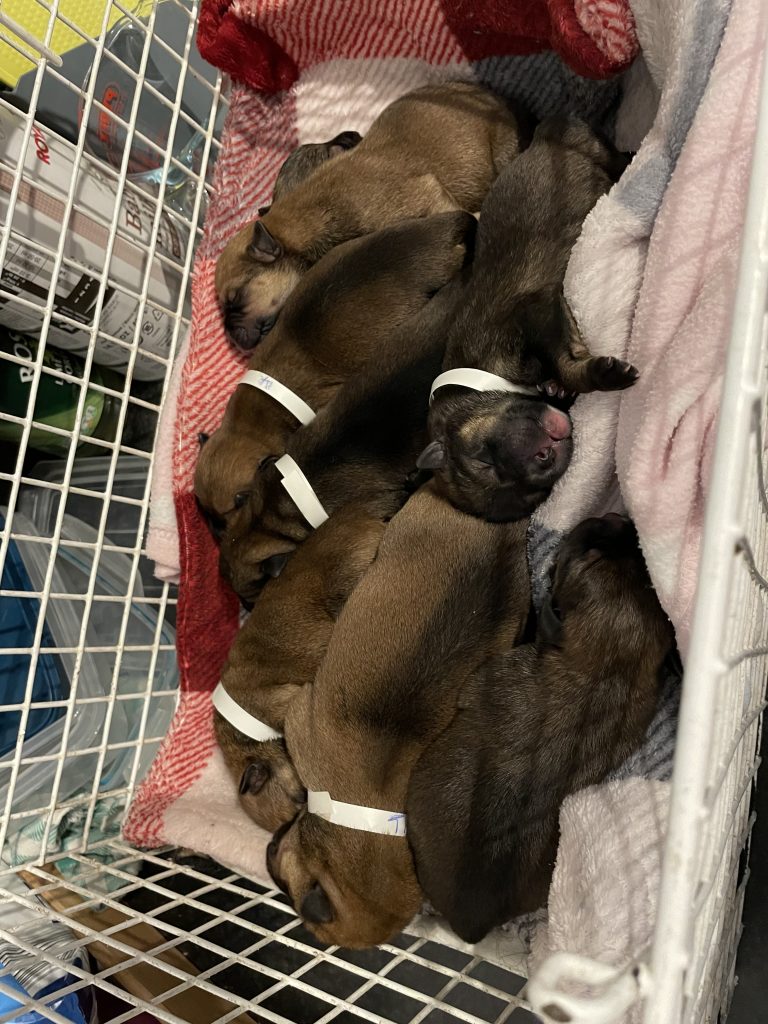 She added, “They had been dumped in the woodland, in a bag, and all still had their umbilical cords attached. The finders rushed them to a local vet who checked them all over and estimated that they were just a few hours old.

“Sadly, one of the puppies was struggling to breathe and was very sick so they made the difficult decision to put her to sleep.”

“The veterinary clinic called us and asked for help as they didn’t have the facilities or the expertise to hand-rear the remaining 10 pups.” 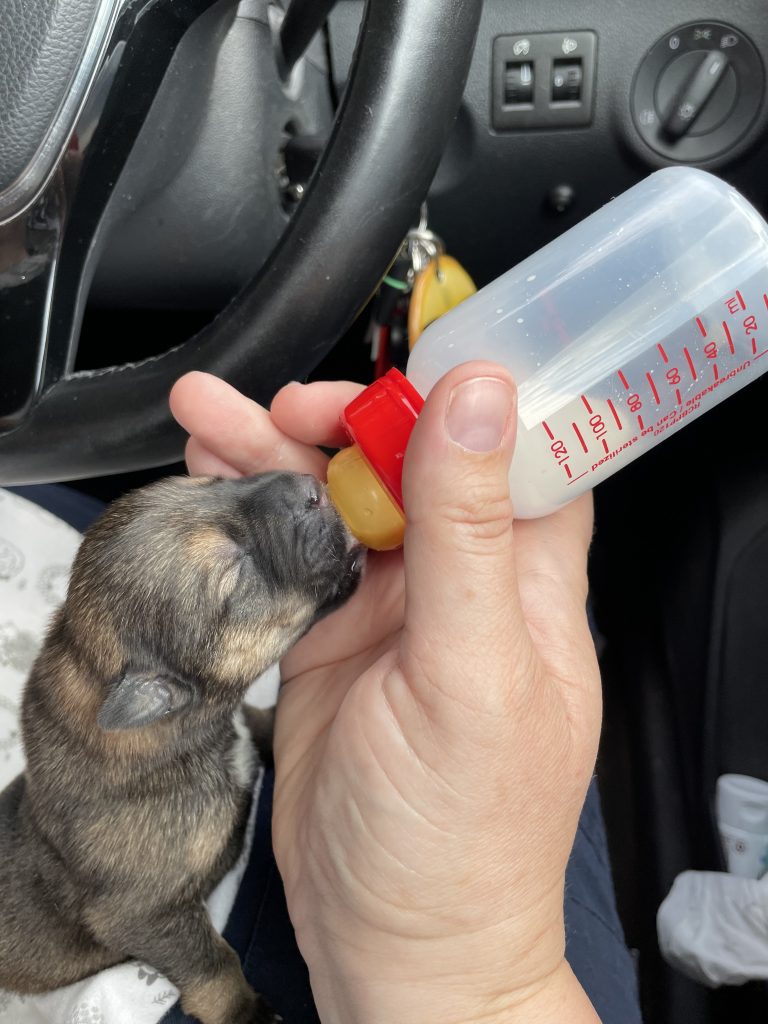 The RSPCA is now investigating to find out who is responsible for abandoning the puppies.

Sara said, “I’m really concerned that there’s a bitch somewhere who has just given birth to these puppies and could require veterinary attention.

“I’m also keen to hear from anyone who may know who is responsible for abandoning these puppies in such an irresponsible way. They were so young and vulnerable, more of them could have easily died.” 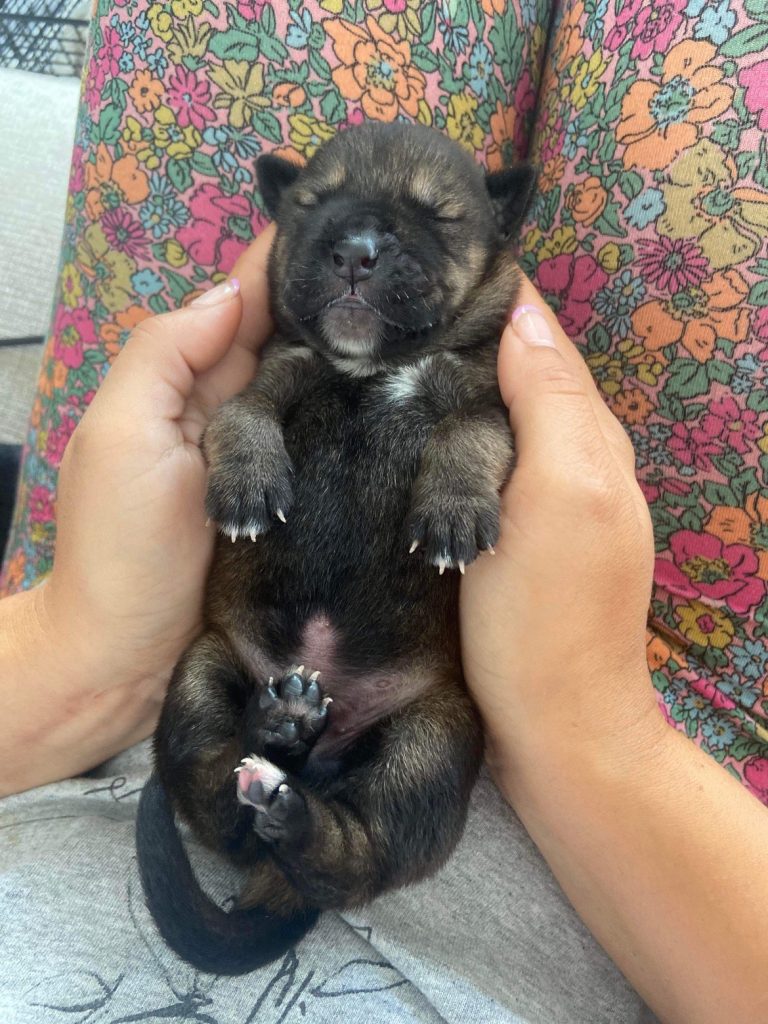 She added, “Times are tough at the moment and we understand that many families are struggling to cope, particularly given the rising cost of living, and we fear that we’ll see many, many more pets being relinquished to charities or abandoned because their owners simply don’t know where to turn.

“But abandoning tiny puppies like this is so irresponsible and cruel. Please, please never abandon your pet but ask for help before things get so desperate.”

Anyone who saw anything suspicious in the area at the time or who knows a dog who recently gave birth but doesn’t have a litter to nurse should contact the RSPCA’s appeal line, confidentially, on 0300 123 8018.