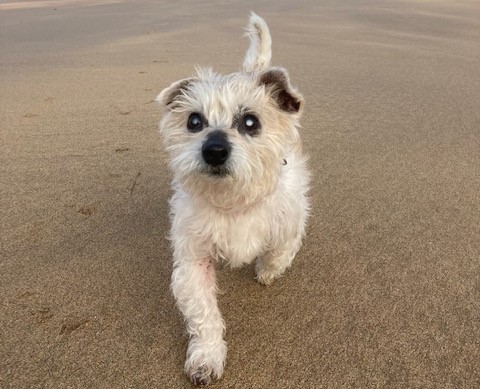 Tiny Tim did not seem a good candidate to get a forever home anytime soon when he arrived at the RSPCA’s Llys Nini Animal Centre in March, after his elderly owner was no longer able to care for him. As well as being blind, the 11-year-old Westie was suffering from an ear infection, sore skin and matted coat.

Tiny Tim went off to his foster home – and soon enough, it became clear he was going nowhere: fosterer Sally Humphries became so smitten with him that she decided to adopt him.

“When I first got Tim home I set up a camera to monitor how he was coping and we started by keeping him on a lead and doing laps around different rooms to help familiarise him with the space,” said Sally, who is also the kennel team leader at Llys Nini Animal Centre. 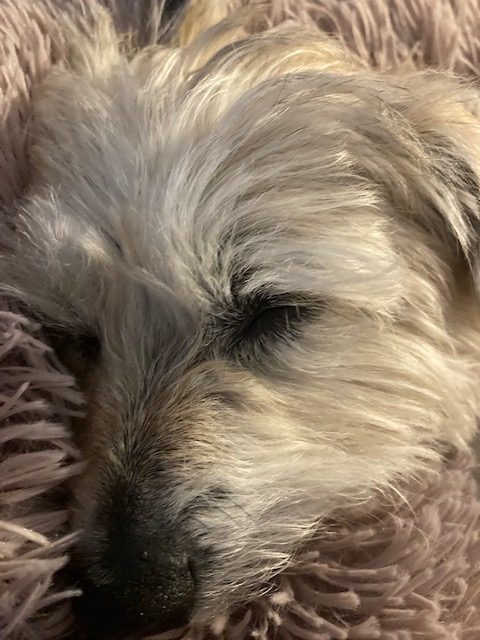 “I put different textures in certain places, for example, a rug in front of the sofa and a towel under his water bowl to get him used to his surroundings. Despite his advancing years and the fact that we were advised he would probably need palliative care, he’s got a real zest for life. He’s definitely young at heart and I’ve had to be quite fit to keep up with him!

“When we go out and about I’m his eyes, so that means doing things like making sure other dogs do not approach him too quickly. He loves being taken for a walk and sniffing out new smells and he’ll climb up on things if you’re not looking, so his blindness isn’t holding him back.”

Sally quickly fell in love with Tiny Tim, whose antics include stealing from the fridge when she’s not looking. 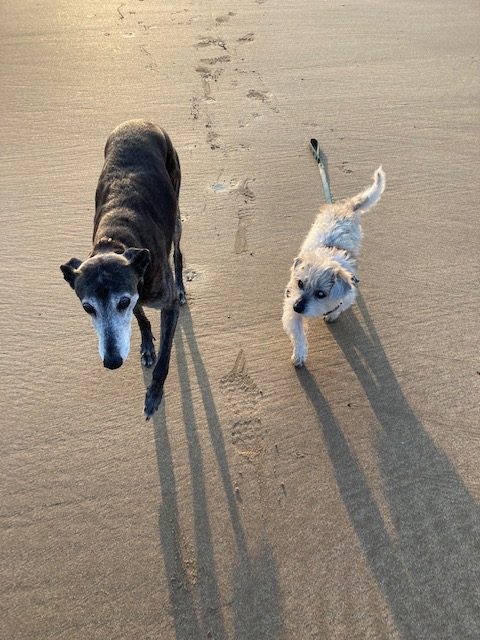 “Although I didn’t initially plan to adopt Tim, he’s completely won me and my dad over with his cheeky personality,” she said. “He’s settled in so well and really enjoys the company of my other rescue dog, Lady.

“As time went on, I felt it would be unfair to expect him to start all over again with someone new and strange surroundings, particularly at his age, and more so because he’s blind.

“He’s wonderful company and a great example of how an older dog with a disability has so much to give and get out of life.”