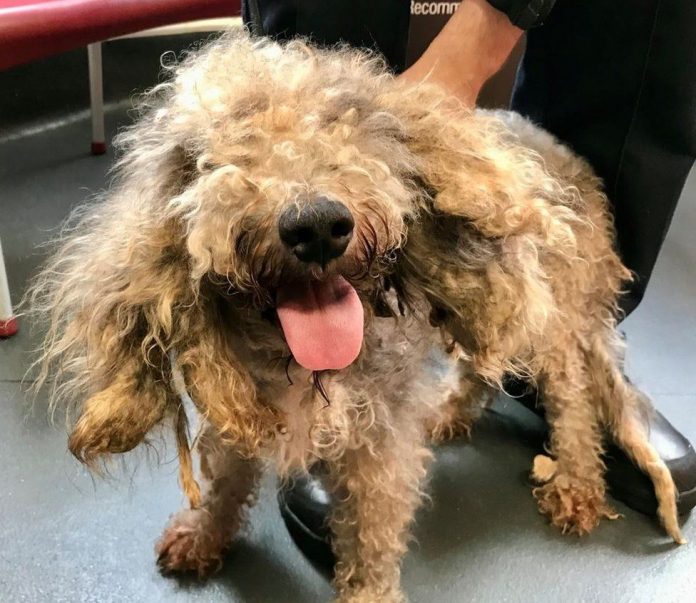 The RSPCA is appealing for information after a Bedlington terrier around six years of age, severely matted and with badly infected ears, was found wandering on a busy town bypass at Guisborough, North Yorkshire.

After spotting the dog – now named Malcom – a bus driver on the way back to the depot took him to the RSPCA Great Ayton Animal Centre. RSPCA Inspector Krissy Raine took him a local vet, where he was sedated before he could be groomed and his ears were cleaned out. It was the vet’s opinion that Malcom, who could hardly be identified as a Bedlington terrier prior to grooming, “may have been suffering for years”.

“Malcolm was in a horrendous state when he was found and he has been neglected possibly for years,” said Krissy. “Both his ears were affected and one was a lot worse than the other. The ear canal had calcified.” 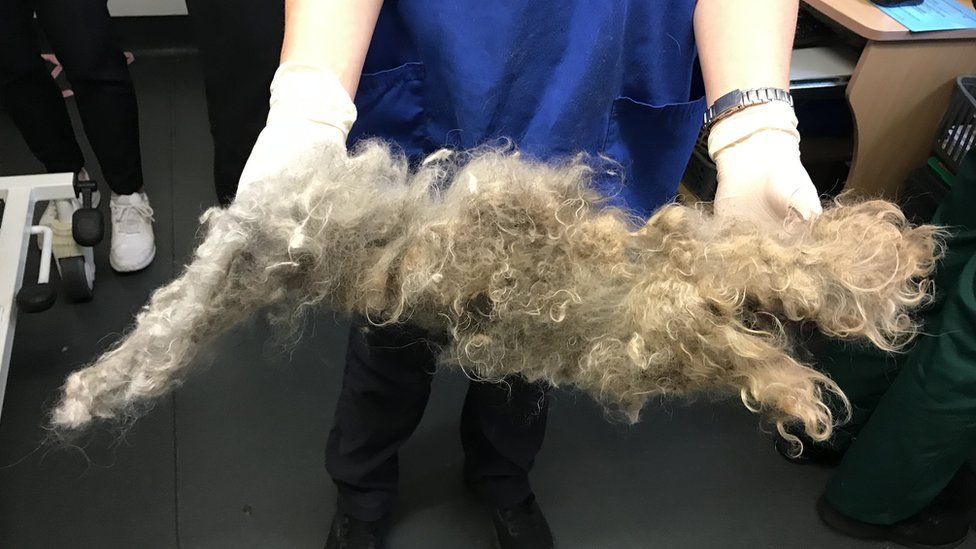 “There was pus coming out of both ears. They were both cleaned up and swabs were taken as he may have to undergo surgery in the future. Because of the condition of his fur he was completely sheared, which produced half a kilo of matted hair.

“Yet unbelievably, considering what he has been through he is such a good-natured, friendly dog.”

The RSPCA is trying to establish how Malcolm, who is not microchipped and was not wearing a collar, came to be found alone on the A171 bypass. 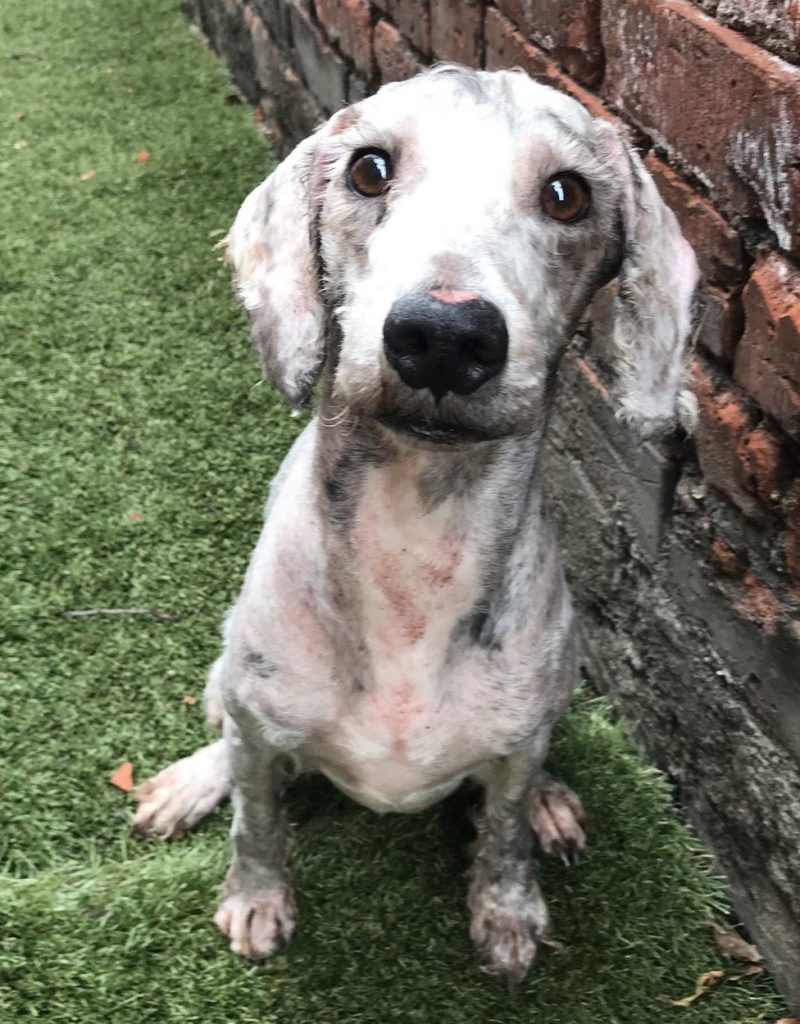 Krissy added, “Someone may have seen a dog like Malcolm that has been left out in a kennel for long periods. It looks like he has been kept outside as his claws are really sharp.”

“We don’t know whether he was dumped or he may have managed to escape. But it is fortunate that he was found when he was as I don’t know whether he would have survived that much longer suffering as he was from such horrific infections. Thankfully, the bus driver saw him and she was kind enough to pick him up. He’s doing wonderfully well at Great Ayton, but I don’t know how he manages to be so friendly and happy after what he’s come through.”

Malcolm was spotted at around 8pm on May 27. Anyone who has any information about how he came to be on the bypass or who his owner may be is asked to ring the RSPCA appeals line on 0300 123 8018.