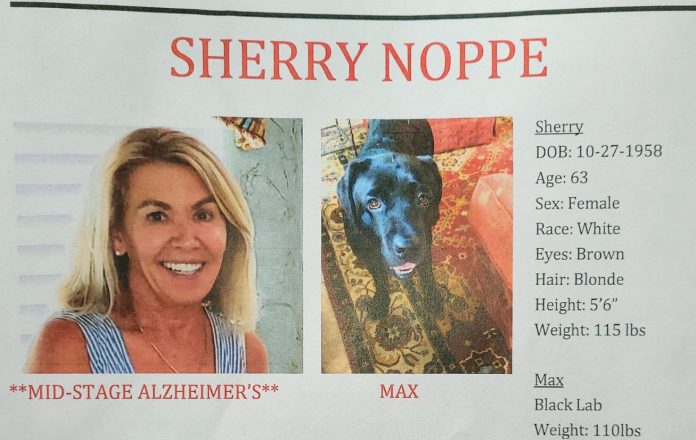 A black Labrador called Max helped rescuers track down his late owner’s mum, who was recently diagnosed with dementia, three days after they went missing.

Sherry Noppe and Max had left their home in Katy, Houston, Texas, on Tuesday 3 May, for a walk. When neither returned, a search got underway and continued for three days – until volunteers looking for them in nearby George Bush Park heard a dog barking on Friday 6 May.

“I do believe he saved her life”

Following the noise, they found Max and Sherry, who had some minor injuries and was dehydrated but was overall in good condition. Local Constable Ted Heap said it’s “a small miracle” that she was found alive after being missing for so long.

Justin Noppe, Sherry’s son, said during a press conference, “As they got closer to her, I think that’s what caused him to bark – because he was protecting her. So I do think his barking is what led those people to hear him and go in that area and find her.

“I do believe he saved her life.”

Constable Ted Heap is relieved to report Sherry Noppe, missing since Tuesday, has been found in George Bush Park. She was located at approx. 3am Friday by a group of tireless volunteers and deputies who were alerted by the sound of her dog, Max, barking in the woods. #hounews pic.twitter.com/ZKOOjldJ94

The Harris County Community Volunteer Fire Department has since reached out to name Max an official Fire Dog.

Max wasn’t always Sherry’s dog. He used to belong to her son Andrew, who had him since he was a puppy until he passed away two years ago. After he and Sherry were found, he was taken to a vet while Sherry was hospitalised. Both recovered well, and were able to celebrate Mother’s Day along with the rest of the family days later.

Justin added, “He is our brother’s dog, the last thing we really have of him – if we were to lose our mother and that dog, it was just… it’s a blow to our family. To get them both back is the silver lining in all of this.”