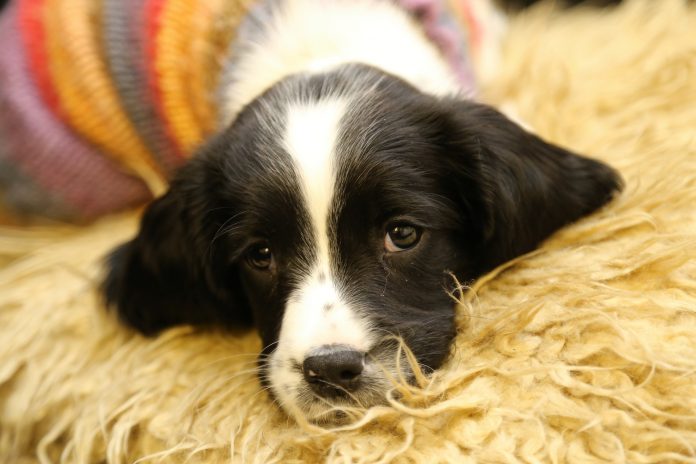 New research by the Universiry of Guelph, Canada, found that there was an increase in reports of toxicosis in pets following cannabis legalisation in 2018 – although this may be down to owners’ increased willingness to report their pets’ exposure to cannabis rather than to an increase in use.

Researchers surveyed more than 200 North American veterinarians (191 of them Canadian), who self-reported over a span of three months in 2021. They found dogs were the animal most often ingesting cannabis; edibles were found to be “the most common cause of toxicosis, with animals ingesting cannabis while unattended”.

“He was standing very still, his eyes had glazed over and he was really unsteady on his feet and couldn’t walk without losing his balance”

Such incidents are not uncommon in the UK, either. In 2021, a Whippet pup from Glasgow called Rye needed emergency veterinary treatment after eating cannabis at a country park.

Owner Lenora said, “I was at work and Rye was out with his dog walker at Mugdock Country Park. He was playing with other dogs in the pack in a bit of forest when the walker noticed him behaving very strangely.

“He was standing very still, his eyes had glazed over and he was really unsteady on his feet and couldn’t walk without losing his balance. She carried him back to her van and called me saying she didn’t know what was wrong.”

After receiving prompt veterinary treatment, Rye made a complete recovery and was able to go home, having suffered no long-term effect – as is the case with most pets.

Dr. Jibran Khokhar, professor in the Department of Biomedical Sciences at the Ontario Veterinary College, said that edibles take effect with a slow onset followed by “a long tail afterward”, with different breeds and sizes of dogs having different experiences.

“Even in humans, there’s all sorts of factors that impact how long the drug acts,” he added. Commenting on the rare deaths reported as a result of ingesting cannabis he said, “It’s interesting. You don’t see cannabis overdose deaths in humans.”

Dr. Khokhar added that edibles may contain other ingredients, such as chocolate, which are toxic to dogs – and that it could be a factor in cases where the animal does not survive.

According to the research, symptoms of cannabis ingestion included urinary incontinence, disorientation, abnormal or uncoordinated movements, lethargy, increased sensitivity and slowed heart rate. How often the animals exhibited any of those conditions was measured on a scale from “very often” to “rare”, with most effects occurring “very often”.