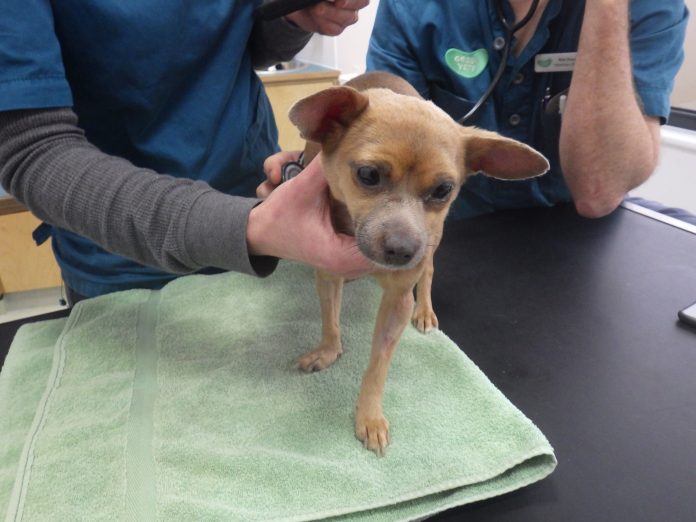 A three-year-old Chihuahua called Rosie was left with a horrifying list of injuries – including broken ribs and tail, plus a fractured foot and ripped off dew claws – due to the continuous abuse she suffered at the hands of her owner Joshua Green, of Staveley Road, Hull.

The RSPCA was called to investigate on 25 January 2020, when Green took Rosie to a vet’s as she had difficulty breathing. He tried to explain away the numerous injuries on the Chihuahua as attempts at resuscitating her, but the vet – who had already seen Rosie twice in recent months – did not believe his story and reported the matter to the RSPCA.

RSPCA inspector Alice Wilson, who went to the vet’s, said, “Rosie appeared very timid and quiet. I could see she had a large swelling around her ribcage on one side. Her muzzle and nose area looked very swollen, and there were wounds to the top and side of her nose. She had a bald patch under her neck and the skin looked broken and sore in places. She was also not bearing weight on one of her front legs.”

“A further detailed examination, including x-rays revealed that Rosie’s had broken ribs, a fractured tail, both dew claws had been ripped off, her front foot was severely damaged and had extensive bruising and swelling to her lips and muzzle area.”

During the trial, an independent veterinary expert told the court the injuries on the tiny Chihuahua were all consistent with “multiple episodes of blunt force trauma applied to various locations of the body on different dates”, with the neck injury being caused by a chemical.

Green pleaded guilty to two animal welfare offences and was sentenced at Hull Magistrates Court on Tuesday 28 September. In mitigation the court was told Green “had some mental health issues and was aggressive”.

As well as a ban on keeping animals for life, Green was also sentenced to 12 weeks in jail suspended for 12 months, was handed a four month curfew between the hours of  8pm and 6am, and must complete a 30 day rehabilitation order. He was also ordered to pay £300 costs.

After recovering from her injuries, Rosie was happily rehomed. Her new owner said, “She was initially quite a timid little dog but settled quickly and enjoyed attention. Rosie, now called Dolly, will often get up and follow me as I leave a room.

“At first she was very nervous about certain things such as, any loud noises or sudden movements. For example there have been times where someone shouts on the TV or loud music may come on during an advert and she will stop what she is doing and shake, lower her head and tuck her tail up under herself.” 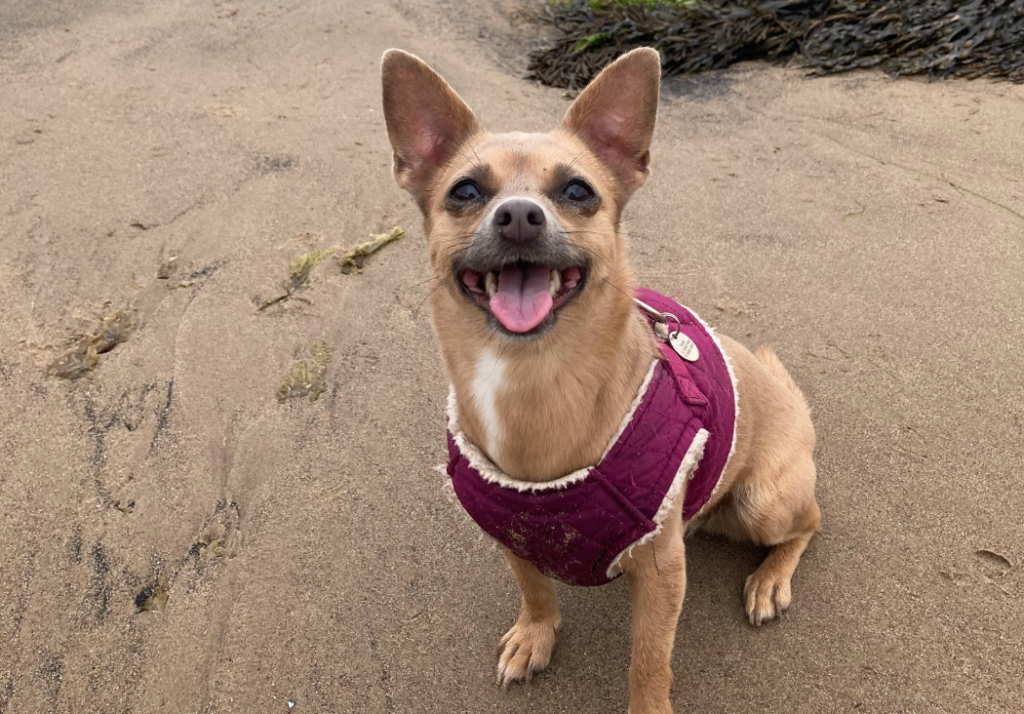 Now that she has settled in, however, Dolly has finally come out of her shell.

Her new owner added, “She is relaxed, wagging her tail a lot and trying to sit on people’s laps.  She went to a dog friendly pub and sat on my colleague’s lap for the duration. She didn’t bark and wasn’t a disruption to any other guests.

“She had a very positive interaction with a young dog and wagged her tail at anyone who walked past. It was so lovely to see.”