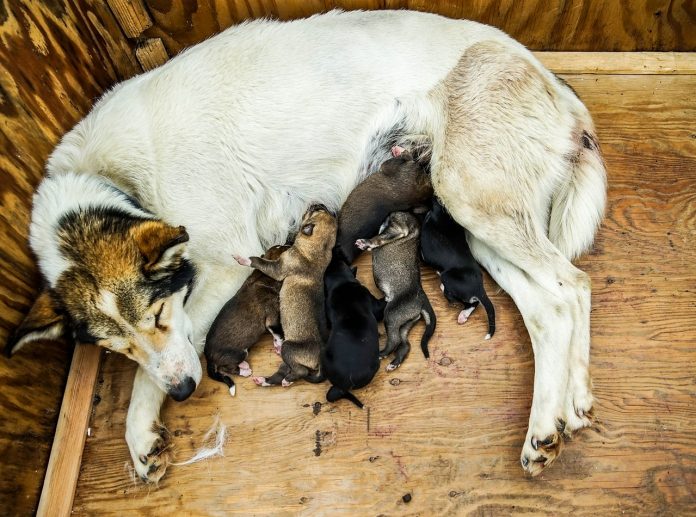 Not every owner is keen to spay their dogs for a vast array of reason. While the decision is up to the owner, it is a simple fact that accidents happen: dogs can slip the lead or jump a gate, or the owner can simply not realise on time that their best friend is in season – and once an accidental mating has taken place choices need to be made, none of them easy.

Mating doesn’t always result in pregnancy, and accidental litters are not nearly as a big an issue as puppy farming or the illegal puppy trade. However, they often happen in families who did not plan to have puppies, are unequipped to look after their pregnant dog, and wouldn’t have any experience raising puppies or screening potential adopters to ensure each pup goes to the right home. Many decide to surrender the puppies to rescues to make sure they are properly looked after.

Some argue that it only adds to the number of puppies either improperly bred, raised and socialised, or looking for homes in already overstretched rescues, and that the ethical thing to do in these cases would be to terminate the pregnancy early on – a safe procedure that involves the administration of specific hormones by a vet.

Others argue that the procedure is uncomfortable for the dam, with side effects that can include depression much like after a natural miscarriage, and that the duty of the owner is to see the dog safely through the pregnancy rather than forcing her to go through the loss of a pregnancy.

What do you think – is interrupting a pregnancy the ethical thing to do in the event of accidental mating, or not?